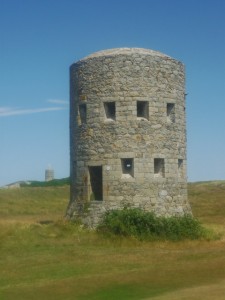 You may have heard the term loophole being used in the news recently related to taxes or gun control.  A loophole is an error in a policy or law in which someone can gain advantage for himself or herself, as in tax loopholes which allow people to avoid paying taxes.   In gun control discussions, apparently gun buyers do not need a background check if they buy a firearm at a gun show instead of from a dealer.  This is also considered a loophole. The word loophole is actually derived from a phrase from the 15th century meaning to look through a hole in a wall as if it were a window. Later the term came to indicate a hole in a wall used to escape from the building. The word loop in this case has nothing to do with a loop in a rope or string. Historically it is related to the French word loupe meaning “magnifying glass.”

Example:  Some American corporations take advantage of a business law loophole which allows them to have their headquarters in other countries so that they do not have to pay business taxes. 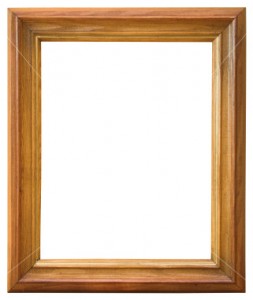 The idea of a frame  is also derived from our experiences with buildings or houses.  A frame is a wooden structure used in the construction of a house.  However, we also use the word to indicate something that supports a picture, as in a picture frame.  The word frame has been used metaphorically for many years as in frame of mind or frame of reference.  In politics, to talk about something in a way that supports your opinions or agenda may also be called framing.

Example:  A skilled politician will frame the argument of raising taxes as a way of providing more services to American citizens.

3 thoughts on “Loopholes and Frames”