President Obama’s State of the Union Address this past week was filled with a wide variety of metaphorical expressions.  Although most English speakers would consider these examples dead metaphors, or not being metaphors at all, in my opinion, they are wonderful examples of how we use metaphors in American political discourse.   I counted more than 100 uses of metaphorical expressions in the president’s speech.  I would like to break my analysis into three parts in three separate posts this week:  Part 1: Personification; Part 2: Buildings and Machines; Part 3: Journeys and Physical Forces.

In contrast to the Inaugural Address a few weeks ago, the State of the Union Address did not have an overarching metaphorical theme of the country on a journey.  However, the journey metaphor did make a few appearances, along with others from the concepts of the natural world, the military, and physical forces. Most interesting for me, there were some important examples of metaphors that were used to describe the United States as something or someone that needs help, in terms of medical assistance, physical strength or construction.  For Part 1 of my analysis, I would like to explain some interesting uses of personification in the president’s speech.

Personification is a very common way of creating metaphors.  We can think of objects, concepts, processes or even entire countries as being people.  As human beings, these concepts can be sick and need to be cured.  In two examples, President Obama said that our markets need healing.  The metaphorical expressions are highlighted in boldface type in the following examples.

“Our housing market is healing, our stock market is rebounding…”

“Today, our housing market is finally healing from the collapse of 2007.”

Apparently we now even have electronic systems that can heal themselves as in “self-healing power grids.”

We also consider parts of our country as being weak and needing strength.

“Our work must begin by making some basic decisions about our budget – decisions that will have a huge impact on the strength of our recovery.”

“We know our economy is stronger when we reward an honest day’s work with honest wages.”

“And we’ll work to strengthen families…” 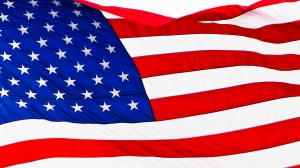 Even more important are the metaphors that are derived from our experience to do physical labor.  The phrase shoulder a burden dates back to the Middle Ages.  Most of us have had the experience of trying to carry a heavy object with our hands, only to learn that it is easier if we hoist it up on one of our shoulders and carry it that way.  Thus, we can relate this experience to creating an abstract metaphorical expression to shoulder a burden, meaning to struggle to complete a difficult task.

“But we can’t ask senior citizens and working families to shoulder the entire burden of deficit reduction while asking nothing more from the wealthiest and most powerful.”

“And to make sure taxpayers don’t shoulder the whole burden, I’m also proposing a Partnership to Rebuild America that attracts private capital to upgrade what our businesses need most: modern ports to move our goods; modern pipelines to withstand a storm; modern schools worthy of our children.”

Another common use of personification is to say that a country stands up for something.  Standing up implies strength, courage and the ability to take on aggressors or be ready for a fight. We also say that we meet people we look at them face to face.  Metaphorically we can also say that we meet obligations.

“The regime in North Korea must know that they will only achieve security and prosperity by meeting their international obligations. Provocations of the sort we saw last night will only isolate them further, as we stand by our allies, strengthen our own missile defense, and lead the world in taking firm action in response to these threats.”

“Likewise, the leaders of Iran must recognize that now is the time for a diplomatic solution, because a coalition stands united in demanding that they meet their obligations, and we will do what is necessary to prevent them from getting a nuclear weapon.”

“In the Middle East, we will stand with citizens as they demand their universal rights, and support stable transitions to democracy.”

“And we will stand steadfast with Israel in pursuit of security and a lasting peace.”

People who fall down, or get knocked down, must get back on their feet to continue their journey or their battle against someone.  Thus the saying back on one’s feet  means someone is recovering from a crisis and continues to fight.

“And this year, my Administration will begin to partner with 20 of the hardest-hit towns in America to get these communities back on their feet.”

These examples further support the theory of Lakoff and Johnson that we create metaphors based on bodily experiences.  The theory behind these metaphorical analyses are provided on a separate page of this blog called Metaphors 101.  Comments and questions are always welcome!

Next time:  Part 2 of the SOTU analysis: Metaphors of Buildings and Machines