In the last post, I talked about we conceive of our country as a person, sometimes become stronger.  We may also consider our country to be a building.  When the country is struggling to get back on its feet, it may be described as collapsed building.  Buildings may be reduced to rubble but they can be rebuilt.  Buildings also need a foundation on which the walls and roofs are built.

“Together, we have cleared away the rubble of crisis, and can say with renewed confidence that the state of our union is stronger.”

“The American people have worked too hard, for too long, rebuilding from one crisis to see their elected officials cause another.”

“It is also the foundation of our power and influence throughout the world.”

We may also consider the country’s economy or business opportunities as machines.  These machines must be started and maintained to run at high speeds. Economic processes may be likened to engines that can ignited or rockets that can be launched.  Centers of business activities are metaphorically compared to hubs of wheels.

“It is our generation’s task, then, to reignite the true engine of America’s economic growth – a rising, thriving middle class.”

“So tonight, I’m announcing the launch of three more of these manufacturing hubs, where businesses will partner with the Departments of Defense and Energy to turn regions left behind by globalization into global centers of high-tech jobs.”

A lock is a mechanical device built to enclose something or prevent someone from gaining access to a certain area.  Metaphorically to unlock something means to gain access to information or answers to questions.

“Today, our scientists are mapping the human brain to unlock the answers to Alzheimer’s…”

Before the days of machines, we used animals as beasts of burden to do work around the farm, ranch or mill.  We still use some of these farming and ranching terms as metaphors in talking about economic matters.   Draft animals must be harnessed before they can pull a plow or do other work.  Metaphorically, being able to use someone’s abilities is to harness their energy. 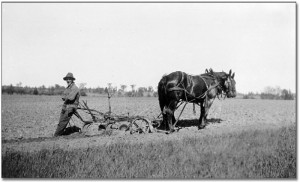 Our economy is stronger when we harness the talents and ingenuity of striving, hopeful immigrants.

Also, horses must be saddled before they can be ridden comfortably.  The rider puts a great deal of weight onto the back of the animal.  Metaphorically, putting a heavy burden on people may be called saddling them with a problem, burden or debt.  The following quotation from the president’s speech provides an interesting juxtaposition of metaphors from rocket technology and farm animals in the same sentence. 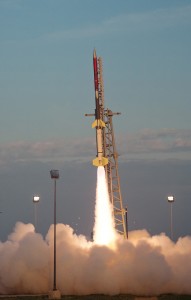 “But today, skyrocketing costs price way too many young people out of a higher education, or saddle them with unsustainable debt.”

Next time:  The State of the Union Address, Part 3:  Metaphors of Journeys and Physical Forces