There has been a great deal of discussion in the media lately about the use of drones by the American government.  A drone is an unmanned aircraft that can be sent miles away to kill terrorists without risking the lives of American service personnel.  The word drone is borrowed from the name of a male bee that mates with the queen bee but has no other duties in the hive.  It is not uncommon for weapons such as drones or missiles to be named after birds or insects.  For example, we have the falcon, hawk or stinger surface to air missiles.   There was also a drone in the Vietnam War known as the firefly.  Clearly, the speed or flying capabilities of birds and insects are used metaphorically to name these weapons.

Here are a few more political metaphors derived from behavior of insects. 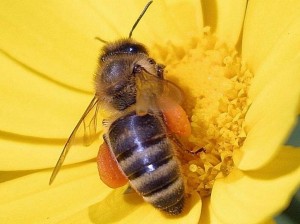 The word bug is another word for insect.  It has many meanings in English.  As a verb, it means to annoy people in the same way that an insect annoys someone at an outdoor gathering.  As a noun, it can refer to an electronic device used to record conversations without people knowing that they are being recorded.  It can also mean a great desire to do something as in someone having a travel bug and wanting to take a vacation.

Example:  Most Americans would say that it really bugs them when the Congress is gridlocked and nothing gets done.

Example:  President Richard Nixon had to resign from the presidency partially because of the bugs he put in the Watergate Hotel to record conversations of his Democratic opponents.

Example:  Some presidents have a travel bug and visit many foreign countries during their terms in office.

Example:  Television reporters can be gadflies for political candidates if they do not answer the reporters’ questions. 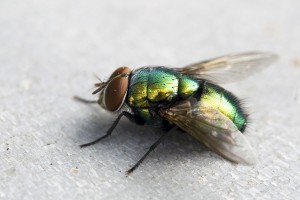 Some insects, especially bees, wasps, and hornets, make a buzzing sound as they fly through the air.  Metaphorically, a topic of conversation that everyone is talking about is called the buzz.  We might also say that a group of people is abuzz with that topic.

Example:  When John McCain chose Sarah Palin as his running mate in 2007, there was a great buzz in the media about who she was and how she could help him win the election.

The new words used in the buzz about exciting new items are sometimes called buzzwords.

Example:  Climate change and global warming have been buzzwords in discussions about the environment for more than a decade.

Some insects can inflict a very painful sting on a person who is unlucky enough to get them angry.  In metaphorical terms, any event or comment that hurts a person may also be described as a sting.  In police jargon, a plan to catch a criminal in the process of committing a crime is also called a sting operation.  In politics, the former metaphor is more common.

Example:  After the 2010 midterm elections, President Obama felt the sting of Republicans winning many House and Senate seats in Congress.

Next time:  The big tent and other circus metaphors.