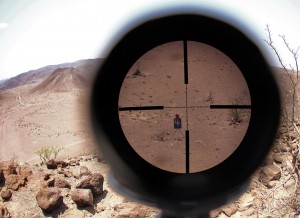 One thought on “In the Crosshairs – Hunting Metaphors”