We have many metaphors derived from our spatial perceptions of height and comparisons between the top and bottom positions of objects. Normally, people or things at the top are more important or powerful than things at the bottom. For example, in many news broadcasts, the announcers will speak of the top story, meaning the most important story of the day.  In contrast, people or things that are low or on the bottom have low status or low importance.  Here are a few examples of top and bottom metaphors. 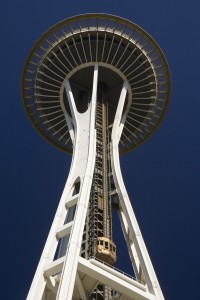 people at the top

As with the idea of the leaders of an organization being high in the chain of command, we may also say that these leaders are the people at the top.

Example:  In the U.S. government, the people at the top are the president and vice president, along with the Senate majority leader and the Speaker of the House.

top of the heap

A heap is a tall pile or hill of many items mixed together.  In yet another height metaphor, the people in leadership roles in an organization may be referred to as being at the top of the heap.

A tier is a horizontal part of a stadium, theater or any tall building.  Metaphorically, any group of people can be described in terms of tiers such as political parties, business organizations or tax groups. The top tier of any organization is the group of the most powerful or important people.

Example:  Democrats tend to think that the top tier of income earners in the country should be heavily taxed to provide necessary income to the government, while the Republicans believe the top earners should be given tax breaks so that they can expand their businesses and create more jobs.

Cabinets and office desks contain a variety of drawers.  Traditionally, the most important information, files or documents are placed in the top drawer.  Metaphorically, important or very talented persons are sometimes referred to as being top-drawer individuals.

Example:  Whenever there is a crisis, a good leader should consult with all the top-drawer advisors working in the government at that time. 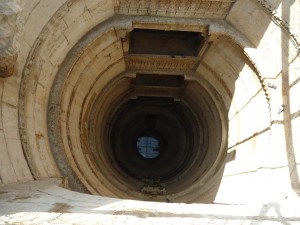 A profile is a side view of a person. Contrary to a high profile, a low profile indicates lack of visibility or importance in a certain situation.

Next time:  Flip that House!