You may have heard the phrases flipping a house or a flip-flopping candidate.  Obviously, people and house are not literally being flipped upside down.  These are common metaphorical expressions. Why is that? Any object can be manipulated with our hands.  We can turn, spin or flip a small object with ease.  These common motions can be used metaphorically to describe manipulating information or power or changing behavior. 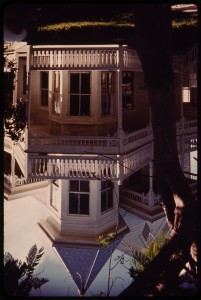 Some real estate experts buy homes in need of repair, remodel them and sell them for a profit.  This is commonly known as flipping a house.  This used to be a common practice in the United States.  However, since housing bubble burst in 2007, this practice became very rare.

Example:  A sign of the economy getting back in shape is to hear of people flipping houses once again.

The motion of turning an object in one’s hand is used in a common metaphor of something changing shape by turning into something else.

Example:  With all the money used to support presidential election campaigns, some American fear that our democracy may be turning into a plutocracy in which money buys all the power.

We may also spin an object, such as a child’s top, so that it rotates quickly about an axis. In politics, we have the interesting metaphor to spin information or a news event, meaning that we change the facts into an opinion that favors one political party over another.

Example:  Critics of conservative talk radio claim that it spins the news to favor the Republicans while critics of progressive network shows spin the news in favor of Democrats. 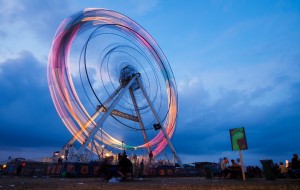 Flexible or braided objects such as paper or rope can be twisted into many different shapes.  Metaphorically a process or series of events can be described as being twisted if there are unexpected changes in the process.

Example:  In the latest twist on the economic recession, homeowners were losing their mortgages because they could not afford to pay their medical bills.

Physically one can shift the position of an object from one place to another.  Metaphorically, we can also shift power in a government by the changing of politicians or policies.

Example:  When Barack Obama won the presidential election in 2008, there was a huge power shift from the Republicans back to the Democrats.

If we interchange one object for another in a confined space, we call this rotating out the objects. Metaphorically we can also rotate out people or programs in wars or government.

Example:  Soldiers in the wars in Iraq and Afghanistan were rotated out and sent back to the United States after they finished their tours of duty. 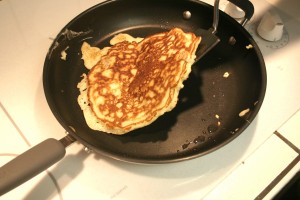 A person can also flip an object, meaning to totally change its position from top to bottom or front to back.  We can also call this flip-flopping an object.  In a common political metaphor, a politician who often changes his or her mind on many subjects may be said to flip-flop.

Example:  In the 2012 presidential election, Mitt Romney was often accused of flip-flopping on many important issues.

Next time:  Wendy Davis: Standing Up and Standing for Something.