A recent article in the Atlantic magazine refers to several geographic areas of the country as belts. “The Boom Towns and Ghost Towns of the New Economy” by Richard Florida, (The Atlantic, October, 2013, pp. 53 – 58). Its subtitle reads, “New York, Houston, Washington, D.C.—plus college towns and the energy belt—are all up, while much of the Sun Belt is (still) down.  Mapping the winners and losers since the crash.”

It is very common to describe linear sections of the United States as belts.  We have the rust belt, the sun belt, the Bible belt, etc., as if these areas were the midsection or waist of a person.  These metaphors and others derived from experiences with clothing accessories are described below.

A belt is a common clothing accessory that circles the waist and holds up the pants.  Its circular shape is used in a metaphorical comparison of geographic areas.   America’s capital, Washington D.C. is surrounded by a huge highway built in the form of a circle.  This area is commonly called the beltway.

Example:  Barack Obama was not considered to be a beltway candidate for president since he had worked in Illinois, not Washington; however, John McCain, a longtime U.S. senator was sometimes called a beltway insider. 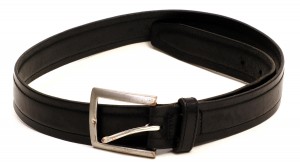 Large areas of the country are also sometimes referred to as belts. The area mostly between Michigan and Pennsylvania is where most of the steel industry has been located.   When products made with become old, the metal begins to rust.  This large area is sometime called the rust belt.

Example:  Many rust-belt workers in Michigan and elsewhere lost their jobs when the large car companies lost sales.

The area in the southern United States that gets a great deal of sunshine approximately from California to North Carolina is called the sun belt.

Example:  Many northerners move to parts of the sun belt after they retire so they can enjoy the warmer weather.

The so-called Bible belt is a large area in the southeastern United States, roughly from Texas up to Virginia, in which many people are Protestant and often study the Bible.

Example:  Conservative politicians often gain many votes from the Bible belt because they hold similar views on many religious issues.

The oil-producing areas of the southern areas of the United States including Texas, Oklahoma and Louisiana are sometimes collectively called the energy belt.

Example:  Despite the economic recession of the last few years, states in the energy belt have prospered because of the high costs of oil and natural gas.

An area of the southeastern United States in which many African-Americans live is sometimes called a black belt.

Example:  Presidential candidates must campaign in the black belts of the South to gain the confidence and the votes of the African-Americans who live there.

A cloak is a heavy garment like a coat but without buttons or zippers; it is simply worn over the shoulder like a pancho in Spain or Mexico.  In metaphorical terms, something that is cloaked is hidden or not revealed by a person or organization.

Example:  The military plans for the invasion of Iraq were cloaked in secrecy. 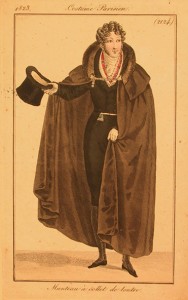 A wrap is another type of cloak.  The phrase under wraps also indicates that something is hidden from view.

Example:  The governor’s new plans for the state economy are currently under wraps.  They will be revealed at a press conference next week.

A hood is the top part of a coat or cloak that covers the head.  If one’s head is completely covered, this is called being hooded.  An old term to cover a person’s eyes with a hood was to hoodwink someone.  In modern terms, to hoodwink means to trick or deceive someone.

Example:  Sometimes names for programs are designed to hoodwink the public.  For example, the so-called Clear Skies Initiative actually allowed some companies to pollute the air even more that before. 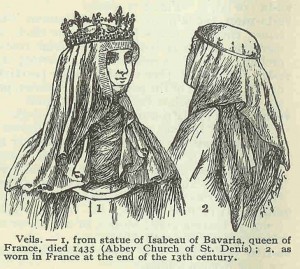 A veil is a thin piece of fabric used to cover a woman’s face in certain religious traditions.  In modern terms, something that is veiled cannot be seen directly.  One must look hard to see what is really going on.

Example:  The Bush administration argued the United States needed to invade Iraq because of Saddam Hussein’s veiled threats to use terrible weapons of mass destruction.

pull the wool over our eyes

Clothing made out of wool is normally very thick and heavy so that you cannot see through it.  There is an old expression that if you pull the wool over someone’s eyes, that person is being tricked because they cannot see what is going on.

Example:  American people do not like politicians who pull the wool over our eyes with dishonest dealings in Washington.  We want to have officials who tell the truth to the people.

Next time:  More metaphors of clothing