For the past several weeks, I have been researching the metaphors used in the discussions of the Affordable Care Act, more commonly known as Obamacare.  There are many different types of metaphors being used as well as many confusing literal names and phrases, so I have decided to break the analysis up into three separate sections. Today I would like to explain some of the names and literal phrases.  Perhaps some readers will benefit from a clearer explanation of some of these important terms.  In the next two posts I will analyze metaphors in policy descriptions and then in media discussions.  I will add the links to the government websites if the reader would like more information on these important terms and policies.

Conservative critics of Obamacare complain that it is too much like socialized medicine.  Liberal critics complain that it is not enough like the socialized medicine of other industrialized countries.  These other plans are sometimes called “single payer” health care systems.  However, many people, including myself have been confused as the meaning of this phrase.  Some politicians like to compare government programs and budget analyses to personal experiences and family budgets.  However, in some cases, there are no real world experiences that seem to match the processes the government terminology is trying to explain.  For example, if some friends go out to eat, and big spender Jim picks up the tab, Jim would be a single-payer.  And yet, here is the definition of “single payer” according to the PNHP (Physicians for a National Health Program): “Single-payer is a term used to describe a type of financing system. It refers to one entity acting as administrator, or ‘payer.’ In the case of health care, a single-payer system would be setup such that one entity—a government run organization—would collect all health care fees, and pay out all health care costs.”  http://www.pnhp.org/facts/what-is-single-payer 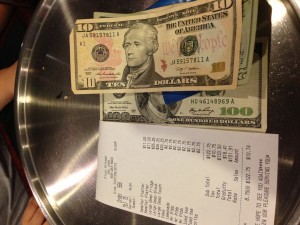 Well, I guess that makes sense, but a government agency acting as the “payer” strikes me as being strange.  For health care, people normally either pay a medical clinic or hospital directly or they pay their insurance premiums and then the insurance company pays the clinic.  Having the government pay your medical bills is a new concept to most people.  Moreover, calling a government a single payer probably confuses more people than it helps.  Nonetheless, PNHP adds, “In a single-payer system, all hospitals, doctors, and other health care providers would bill one entity for their services. This alone reduces administrative waste greatly, and saves money, which can be used to provide care and insurance to those who currently don’t have it.”  Perhaps proponents of the single-payer system can come up with a better name for the program the next time it comes up for a vote in Congress.

Another confusing term is the “exchange” where people are allowed to sign up for their new health care policy.  Once again, the meaning in government policy does not seem to match the meaning in everyday life.  For example, if our friend Jim buys a shirt at a department store, and discovers when he tries it on at home that it is the wrong size, he may return to the store to exchange it for the correct size.  In this case, he would be exchanging one shirt for another of equal value.  If Jim and his wife go on a European vacation, they may need to do a currency exchange, meaning they exchange American dollars for European euros, again changing one thing for another.  And yet, in the government, what is being exchanged when one buys health insurance? It is not clear.  However, it seems that the government is using the term exchange in the sense of the stock exchange, in which people buy and sell stocks, bonds, or other financial investments.  To gain some clarification on this confusing term, I consulted the glossary at healthcare.gov.  Sadly, when I clicked on the term exchange, the glossary only stated: “See Health Insurance Marketplace.”  Even more perplexing is that when I looked up Health Insurance Marketplace, they never mention the word exchange!  I guess I am not the only one who is confused.

For a change, the term marketplace actually makes sense.  A market is a place where people have bought necessary items for hundreds of years.  It is natural that a place to buy health insurance may also be called a marketplace.  The website defines the Health Insurance Marketplace as follows:  “A resource where individuals, families, and small businesses can learn about their health coverage options; compare health insurance plans based on costs, benefits, and other important features; choose a plan; and enroll in coverage.”  (For more details see https://www.healthcare.gov/glossary/health-insurance-marketplace-glossary/). 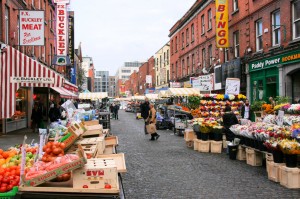 I find it interesting, however, that the marketplace is defined as a “resource.” In cyberspace, even a marketplace cannot be defined as a “place” since it does not actually have a physical location.  This must be a difficult task for copywriters on websites trying to describe something that exists only in cyberspace.

Yet another confusing phrase in Obamacare is “cost sharing.”  The website healthcare.gov defines this phrase as follows:  “The share of costs covered by your insurance that you pay out of your own pocket. This term generally includes deductibles, coinsurance, and copayments, or similar charges, but it doesn’t include premiums, balance billing amounts for non-network providers, or the cost of non-covered services. Cost sharing in Medicaid and CHIP also includes premiums.”  https://www.healthcare.gov/glossary/cost-sharing/

Is this confusing to anyone else?  The first sentence seems to contradict itself.  It the costs are covered by insurance, why does the policy holder need to pay them?  This does not make any sense to me.  Moreover, if the cost sharing does not include premiums, why are premiums included in Medicaid and CHIP (another acronym for Children’s Health Care Program)?  This could be explained in much clearer language.

People who lose their health insurance for various reasons can buy new health insurance through a government program called COBRA.   The healthcare.gov website defines COBRA in the following way:  “A Federal law that may allow you to temporarily keep health coverage after your employment ends, you lose coverage as a dependent of the covered employee, or another qualifying event. If you elect COBRA coverage, you pay 100% of the premiums, including the share the employer used to pay, plus a small administrative fee.” https://www.healthcare.gov/glossary/cobra/ 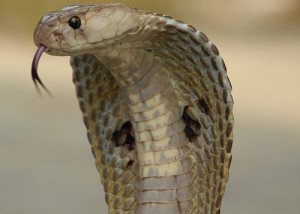 However, they never explain the origin of the word COBRA.  I should note here that a word such as COBRA is known as an acronym, a name whose letters can be pronounced as a word.  Acronyms differ from abbreviations in which the letters are spelled out individually.  For example, the ABC television network is an abbreviation that refers to the American Broadcast Company.  However, NASA is an acronym meaning the National Aeronautics and Space Administration.  Thus COBRA is an acronym defined at a different government website as follows:

“The Consolidated Omnibus Budget Reconciliation Act (COBRA) gives workers and their families who lose their health benefits the right to choose to continue group health benefits provided by their group health plan for limited periods of time under certain circumstances such as voluntary or involuntary job loss, reduction in the hours worked, transition between jobs, death, divorce, and other life events.”  http://www.dol.gov/dol/topic/health-plans/cobra.htm

The final confusing name in Obamacare is a program called TRICARE.  According to healthcare.gov, this is “A health care program for active-duty and retired uniformed services members and their families.”  That is easy enough to understand, but given the name with the prefix “tri,” I wondered what the three parts of the program are.  After all, a tricycle has three wheels, triplets are three children born at the same time, etc.  What is TRICARE named for?  I was never able to find out. I looked through the TRICARE website and could not find an answer.  Why are all these government programs given such confusing names?

Next time:  Obamacare Part II:  Metaphors in the Policy