We all experience a wide variety of temperatures with weather in our local climates or with kitchen appliances which artificially create hot and cold surfaces.  We use these experiences to create metaphors describing other abstract concepts in our everyday lives.  As winter is upon us and the temperature dips into single digits in some parts of the country, I would like to share a few metaphors derived from cold weather terms.

Frost occurs in cold climates when ice crystals form on outdoor surfaces in the winter. When two countries do not get along well, we may say that they have frosty relations.

Example:  Iran and Israel have had frosty relations and have created tension in the Middle East for many decades. 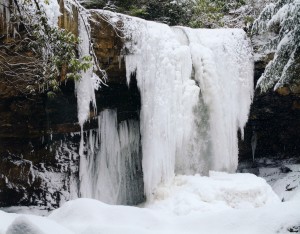 When water reaches 32 degrees Fahrenheit, it freezes solid.  In many common metaphors, anything that stops completely is said to freeze.  In one instance, when a government or company does not hire any new employees, this is known as a hiring freeze. When no one is allowed to get a raise, this is known as a pay freeze.

Example:  After the economic crisis of 2008, President Obama instituted a pay freeze for all federal government employees.

Example:  After Moamar Kadhafi’s involvement in terrorist activities in the 1980s, billions of dollars in Libyan assets around the world were frozen. When Kadhafi was killed in 2011, plans were made to release some of the assets back to the Libyan people.

Example:  Unpopular speakers at a political party’s convention may be greeted with a cool reception. 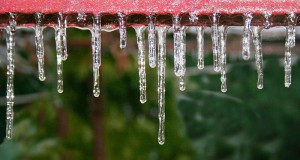 When a person is angry at someone or excited about an idea, someone else may need to throw cold water on his face to cool him off.  Metaphorically, throwing cold water on an idea means to disapprove of it or prevent it from happening.

Example:  Some conservatives throw cold water on liberals’ ideas of using solar and wind power instead of oil to meet our energy needs.

A war that occurs between two countries when there is no actual fighting, only diplomatic disagreements, may be called a cold war.

Example:  The Cold War between the United States and the Soviet Union began in 1947 and lasted to 1991.

cold chill down the spine

When a person is frightened or horrified, he or she may literally have a cold feeling run down his or her spine.  Metaphorically, one can have a cold chill down the spine at hearing some disturbing news.

Example:  Some Republicans get a cold chill down their spine when they think of having a Democratic president in the White House. 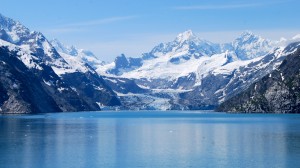 When a person does not have many caring feelings, we may say that they are cold hearted or simply cold.  A person who behaves this way is acting coldly.

Example:  When a hardworking father loses his job and cannot support his family, it is upsetting when government officials coldly cut off funding for food stamps and unemployment benefits.

Next time: “Fallout” and “Nuclear Option” – When Science Attacks!