Following my previous post on foods, I add a few more examples of metaphors derived from desserts and drinks.  Cheers!

A sweet candy or dessert is often called a treat, especially if it is unexpected.  In politics, a treat is something unexpectedly good for a candidate or the voters.

Example:  People in a small town are sometimes treated to an appearance by a famous politician if he or she is running for office.

Bubble gum is a type of gum chewed by children.  Someone running for office who is young or naive may be called a bubble gum candidate.

Example:  In 2008, some voters considered Barack Obama to be a bubble gum candidate because he was so young, but he proved to be a very savvy politician. 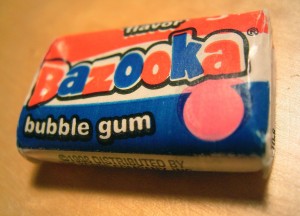 candy for the crowd

Many people, especially children, love to eat candy.  However, it is not very healthful since it has a great deal of sugar and empty calories.  In politics, candy is something that may seem to be good at first, but is really not very meaningful or helpful.  The phrase throwing candy to the crowd means to give out information or promises that are not very helpful.

Example:  Some presidential candidates like to make many promises to get votes, especially at campaign rallies.  Voters must decide if the candidate is serious or only throwing candy to the crowd.

Most Americans enjoy a cup of coffee or tea with their meals.  In modern English, there is a saying that something one likes or is very interested in is one’s cup of tea.  The origin of this phrase is not clear, perhaps a borrowing from British English related to the fact that the British are very serious about drinking their tea.

Example:  Some political candidates do not like to discuss economics.  It’s not their cup of tea.

Tea must be brewed or steeped for several minutes before it reaches its full flavor.  If not, we say it is a weak cup of tea.  Metaphorically, this phrase can describe something that is not as strong or powerful as one thinks it should be.  In politics, it may describe a statement or a policy.

Example:  Congress was expected to pass a strict law for gun control, but the actual bill was a weak cup of tea. 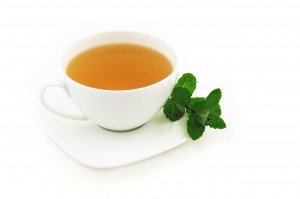 Coffee and tea must be boiled or brewed before it can be consumed.  The brewing process is often complex and may take a long time. In politics, something may be brewing if it also involved many factors and takes some time to be completed.

Example:  The war in Afghanistan had been brewing for many years before the United States sent troops there.

juice from the grid

Juice is derived from many fruits such as apples and oranges.  Juice is also a slang term for electricity from either a battery or an electric power plant.  A grid is a group of electric systems. In some states, electrical power is a big concern because of its price or availability.  Some public officials may speak of the juice from the electrical grid.

Example:  The governor of warm weather states often worry if they will have enough juice from the grid to supply air conditioners in the hot summer months.

the cream of the crop

Milk from dairy cows is used to make a wide variety of dairy products including different types of milk, cream and cheese.  Cream is the top level of milk containing more fat and thus more thick.  Commonly, the cream of something is considered to be the best part.  The cream of the crop indicates the best of the best.

Example:  Americans hope that the candidates for president are the cream of the crop so they can elect the best possible person for the job.

Another meaning of cream is to defeat someone thoroughly.  To get creamed in a sporting event or election means to lose by wide margin.

Beer is one of the most popular beverages in America.  Some Americans who are watching their weight drink so-called light beer that is lower in calories.  Many beer companies use an alternate spelling of Lite.  In common terms, something that is referred to as Lite is not as good or serious as a full version.

Example:  In the 2007 Democratic presidential primary, Barack Obama claimed that he feared his opponent Hillary Clinton would be Bush-Cheney Lite, if she were elected to president.

Thanks to all my faithful subscribers and occasional readers for taking time out of your busy days to read my blog. Happy New Year everyone!