There are many examples of metaphors created from our experiences with physical actions. Last year I described a few metaphors of balancing and cutting.  Today I will like to add a few more examples of balancing, taking and shaking that one often hears in the news. 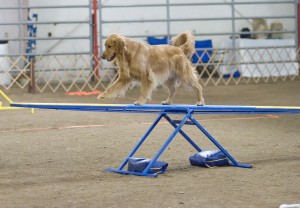 teeters on the edge

Example:   During the 2008 economic crisis, some experts claimed that the United States was teetering on the edge of another Great Depression.

If a balanced object is no longer in danger of falling, we say that it is stable or stabilized in that position.  If the object loses its point of balance for some reason, we may then say that it is destabilized.  Metaphorically, we can describe any process, situation or even government as being destabilized.

Example:   One of the reasons for the lack of success in the war in Afghanistan is that the government is constantly destabilized by terrorists.

If one pushes an object to one side, we say that it is tilted.  We can also say that people can tilt their opinions or decisions one way or another. 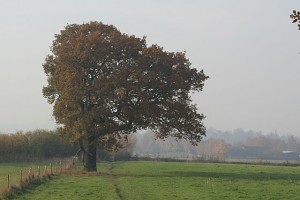 If an object rests tilted to one side or another, we may say that it is lopsided.  In politics, a candidate who wins by a large margin may be described as having a lopsided win.

Example:   In 1980, Ronald Reagan had a lopsided win over Jimmy Carter.

The physical action of taking refers to the action of removing an object from one person and taking it for yourself.  Metaphorically, we use the word take to indicate doing something for oneself, or being able to withstand pressure from someone else.

When orally promising to do something, we say that we are taking an oath.

Example:   President Obama took the oath of office in January, 2009. 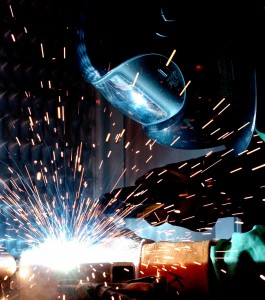 One way of describing tolerating criticism is to take heat from the critics.

Example:   Barack Obama took a lot of heat from critics when he failed to close Guantanamo Bay prison as he promised in his campaign speeches.

A compound term referring to removing something from a location is called a takeaway.  Metaphorically, radio and television commentators often refer to their opinions about an issue or a speech as their takeaway.

To shake something means to move it vigorously back and forth. Metaphorical examples include shake or shaken, shake up and shake down. 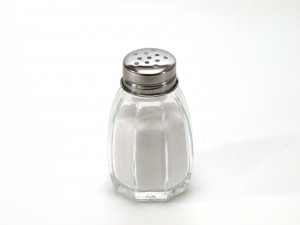 We may speak of someone being emotionally affected by an event as being shaken.  We can also speak of a group of people or an entire country as being shaken as if it is one person.

Example:   The entire nation was shaken by the terrorist attacks in New York on September 11, 2001.

Metaphorically to shake up something means to make drastic changes in a situation.

Example:   In 2004, at the start of his second term in office, George W. Bush had a shakeup in his cabinet as many top staff members such as Colin Powell left for other positions.

Example:   In 2010, after the oil spill in the Gulf of Mexico, President Obama asked the oil company BP to put up $20 billion to pay for damages.  Critics of this decision claimed that this was a shakedown of BP. 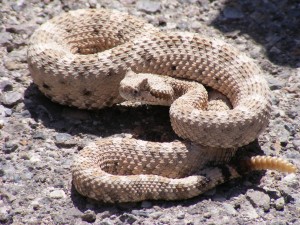 Another word for shake is to rattle, as in a rattlesnake’s tail rattling, or a baby’s rattle. Metaphorically, to rattle people means to upset them emotionally or disrupt their plans.

Example:   In 2012, during Barack Obama’s hopes for reelection, a poor economy and high unemployment numbers rattled his chances for a second term.

Next time: Metaphors of pushing and pulling

One thought on “Balancing, Taking and Shaking”