Happy Superbowl Sunday!  Sorry I don’t have any whiz-bang metaphors about football today.  I covered those in a previous post.  However, there will be a lot of pushing and pulling today in the big game.  With that in mind, today I will share some examples of how metaphors based on strong physical forces are used in American politics.

Metaphors based on physical forces are some of the most common metaphors used in English. Phrases such as cut the budget or a swing voter are understood by native speakers without any sense of a metaphor being used. In fact, some experts may even consider these to be so-called dead metaphors, meaning the metaphorical comparison is so old it is no longer considered a metaphor.  Rather it is considered common English usage.  A survey of the most common physical forces will demonstrate that these forces are one of the most powerful sources of political metaphors.

Example:   Critics of the War in Iraq accused President Bush of pushing America into war without valid reasons for national security.

When someone pushes against another person, the second person may push back to avoid being knocked down.  Metaphorically, pushing back means to resist being pushed over by an outside force.

Example:  To his credit, when Iraqi forces challenged American troops, President Bush pushed back and helped win the war. 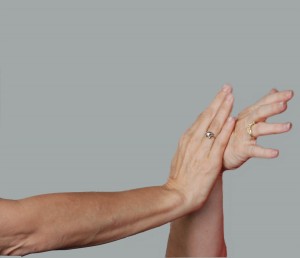 Example:  President Obama pushed for health care reform in the first few years of his presidency.

A specific use of the push motion is in the phrase push poll.  Normally in election years polling is done with neutral questions to determine opinions about issues or candidates.  If the questions are misleading or designed to favor one candidate over another, we call these push polls, since the pollsters are pushing their opinions on to those they are interviewing.

Example:  Although no one approves of push polls, sometimes they can be used to persuade voters to change their minds about a candidate in a presidential election.

Something that is not strong or balanced can be pushed over its center of balance until it falls down.  People who can be persuaded to change their minds or are weak in certain areas of government may be called pushovers.

Example:  When Barack Obama was elected president, critics thought he would be a pushover when it came to foreign policy due to his lack of military experience.  However, he actually increased military operations in Afghanistan and was able to track down and kill Osama bin Laden.

Another word for push is propel.  People or machines can propel objects or individuals with physical force.  In politics, scandals, economic problems, military events or voters groups can propel a politician to win an election.  Usually there is a positive upward connotation to the meaning of propel.

Example:  Latino voters helped propel Barack Obama to victory in both 2008 and 2012. 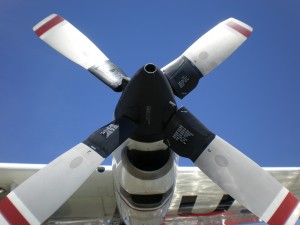 Example:  Short supplies of crude oil often drive up the price of gasoline at the pump.

When someone pushes a group of people from a certain geographical area or larger group, this may be referred to driving out.

Example:  In the war on terror, American forces struggled for years to drive out Al Qaida terrorists from strongholds in Iraq and Afghanistan.

In a common parlance, to drive someone crazy means that an annoying practice can force someone to become very frustrated or upset.

The opposite of push is to pull, to move an object closer to the person instead of farther away.  In metaphors, the pulling motion is used to describe many abstract activities.

Example:  Many American voters wanted the U.S. government to pull back their troops from Afghanistan instead of adding more troops.

Another expression using pull is to pull off, meaning to succeed in doing something despite many obstacles.

Example:  Wall Street bankers pulled off one of the greatest crimes in history, causing the economic crisis of 2008. 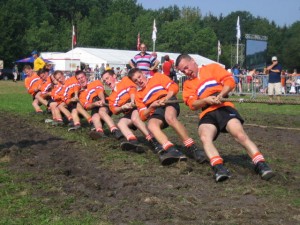 The word yank means to pull with great force or speed.  In politics, donors or voters may yank their support for a candidate if he or she disappoints them with words or actions.

Example:  Some conservative voters yanked their support for Rick Perry after disappointing debate performances in the 2011 Republican primaries.

Another word with a similar meaning of pull is to draw.  A politician can draw support or draw crowds because of his or her speaking abilities.

One can also draw down something, meaning to reduce its quantity or quality.

Example:  Many Americans supported Barack Obama to draw down the troop levels in Iraq as soon as the fighting began to subside there.

The notion of pulling is combined with the idea of backing up to create the compound word drawback, meaning a disadvantage or problem with a certain situation or strategy.

Example:  One drawback of President Obama’s health care reform was that it still left many American uninsured if they could not afford the insurance premiums.

Another word meaning to pull is to wrest, indicating pulling something with a great deal of difficulty or resistance from another group of people.

Example:  Every election year, Democrats and Republicans try to wrest control of Congress from the other party.

Next time:  President Obama’s State of the Union Address