In 2010, the Supreme Court ruled that corporations could donate money to political campaigns in the Citizens United ruling.  At the time, critics complained that our elections were going to be up for sale to the highest bidder.  Some said that it was “Democracy for Sale.”  More recently, in the McCutcheon case, the Supreme Court ruled that individuals could also increase the amounts they could donate to political candidates as well.  Once again, people complained that our election process was up for sale.  Describing politics in terms of business deals is nothing new.  Here are a few metaphors based on procedures of selling items in a business situation.

In business, the goal is to sell as many products as possible so that the company can make the most money.  In politics, people can also sell ideas, policies or programs.

Example:  In 2009, Barack Obama had to sell the idea of using taxpayer money to rescue the banks from financial collapse. 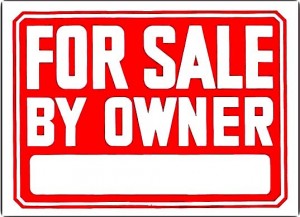 In business, to sell out of something means to sell the entire amount of products that the company had.  This is a good thing for the company since they will make more money.  However, there is another meaning of selling out that means giving up all of your ideas or values for another cause, usually money.  In entertainment or politics, selling out is a bad thing to do, and the person will lose a great deal of respect.

Example:  If the governor of a state promises to lower taxes for small businesses then raises them instead, he will be accused of selling out.

A product that is difficult to sell is called a tough sell.  An expensive house or car, for example, would be a tough sell for most people.  In politics, a tough sell is an idea or program that not many people will like but a politician will try to sell it anyway.

Example:  During the Great Depression in the 1930s, it was a tough sell for President Roosevelt to convince Congress to borrow money to create more jobs.

If we buy products one a time in a store, this is called a retail sale.  If a company buys hundreds of products at a time to sell to someone else, this is called a wholesale purchase since they are buying the whole amount.  In popular terms, to do something wholesale is to do it completely.

Example:  President Roosevelt made wholesale changes in the economy to pull the country out of the Great Depression.

Peddling is another word for selling something, usually meaning that someone is going door-to-door or traveling to sell the products.  In politics, people can peddle ideas, programs, policies, or influence to do something for someone else.

Example:  Washington D.C. lobbyists who try to get members of Congress to spend money for their companies are often called influence peddlers.

Example:  In is first term, George W. Bush was peddling the idea of privatizing social security but the members of Congress were not buying.  His ideas were not accepted.

A showcase is a large glass case in a store used for displaying products one wants to sell.  To showcase something is to make it visible to everyone and call their attention to it.

Example:  The banking crisis of 2009 showcased the inability of Wall Street executives to regulate themselves.

An estate sale is held when a person dies and the entire contents of a house are sold at one time.  Sometimes an auction is conducted to get the highest price for each item.  In politics, when a country sells its lands or buildings to people from other country, some people joke that this is like an American estate sale.

Example:  In 2008, the Chrysler Building in New York City, one of the most famous buildings in the United States, was sold to a company from Abu Dhabi, the capital of United Arab Emirates.   At the time, some people wondered if there was going to be an American estate sale and we would sell all of our buildings.

In the 1800s, before there were many doctors in small towns or federal regulations on medicine, anyone could sell anything and call it medicine.  In China, people used to sell a type of snake oil as a pain reliever, although some people claim it did not help.  Later, people called any type of fake medicine snake oil because they had no medicinal value.  In popular terms, a snake oil salesman is someone who is trying to sell something that will not work or has no value.

Example:  People will not vote for a political candidate with wild new ideas if they think he is just a snake oil salesman.

In the eastern United States in the 1800s, some peddlers traveled by horseback to sell their products.  In some cases, they put bells on their horses so that the local people would know that they were coming.  In modern terms, to do something with bells on means to do it with enthusiasm and complete support.

Example:  In the 2008 presidential election, people came out to vote for Barack Obama with bells on.  He won with 53% of the vote while John McCain earned 46% of the vote.

Monger is an old word for a peddler or salesman.  For example, a fishmonger is a fish salesman.  The word monger used as a verb means to sell something.  In politics, someone who supports wars or tries to sell the idea of going to war with another country is a warmonger.

Example:  During World War II, Adolf Hitler was the ultimate warmonger since he tried to take over the world with wars of aggression. 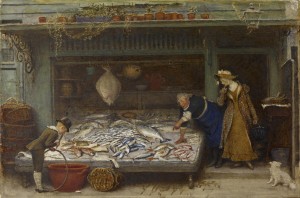 Example:  After the 9/11 attacks, everyone became afraid of terrorists.  There was no need for fearmongering politicians.  It was a real attack.

If a product is bought by telephone or the Internet, the company needs to deliver or bring that product to the person’s home of office. We can also say that someone delivers the goods or products to someone else.  In popular terms, one can deliver ideas or actions that a person needs.

Example:  In the early 1930s, President Herbert Hoover tried to end the Great Depression but he could not deliver the goods.  The Depression seemed to get worse.  President Roosevelt was elected to replace him in 1932.

Next time:  Metaphors of Buying

2 thoughts on “Democracy for Sale: Metaphors of Business – Selling”