I can’t let the month of June pass without mentioning political metaphors derived from experiences with love and romance.   Traditionally, more people get married in June than in any other month.  We are all familiar with experiences of being romantic, i.e., behavior between boyfriends and girlfriends or husbands and wives. These experiences have inspired a small set of conceptual metaphors based on notions of romance. 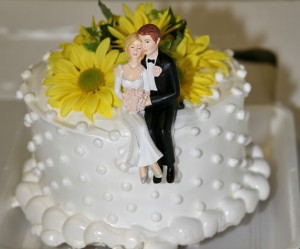 cozy relations, cozy up to

The adjective cozy means to be very friendly or close to someone.  Metaphorically, a person or organization can also be cozy with other organizations.  This relationship can be described as having cozy relations with someone, or to cozy up to someone.

Example:  Many American voters are not pleased when a politician cozies up to millionaire lobbyists since they usually expect something in return when the person is in office.

Example:  Many American presidents have flirted with the idea of creating a new health care system in the United States, but Barack Obama was the first to make significant changes.

To embrace someone means to wrap your arms around another person in a friendly or romantic fashion.  Metaphorically, a person can embrace a new idea by following or investigating it.

Example:  Not all Americans embraced Barack Obama’s new health care system since they believed it was too expensive and would increase the national debt.

When people are dating and getting to know each other to see if they want to get married, we may say that they are courting each other. In politics, public officials can court people or groups in order to gain favor from them to win elections or gain funding or privilege from them.

Example:  Presidential candidates often court Hispanic and African-American citizens to try to gain their votes in the next election.

fall in love with

When people are dating, one person may fall in love with the other in a very romantic sense of involvement.  In metaphorical terms, anyone who admires someone or something in a serious way may be described as falling in love with him or her.

Example:  In 2012, some conservatives wondered if American could really fall in love with the Republican candidate Mitt Romney.

have a crush on

Example:  Barack Obama was so popular when he was elected president in 2008, many liberals seemed to have a crush on him while conservatives did not like him at all.

Smitten is the past perfect tense of the verb smite meaning to hit or strike hard.  This word is used metaphorically to mean to be hopelessly in love with someone.  This term can be used in a romantic sense or in the case of people admiring celebrities or politicians.

Example:  Many conservatives were smitten with the looks and personality of Sarah Palin when she was chosen by John McCain to be his running mate in the 2008 presidential election. 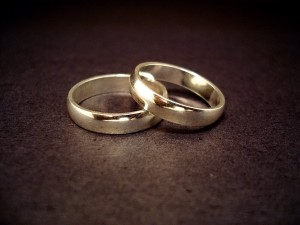 Many courtships result in happy marriages that last a lifetime.  The idea of marriage is synonymous with a strong, long-lasting bond between two people.  In politics, we can also talk of people who are married to an idea or an organization.

Example:  Although many progressives embrace the idea of the government providing social services for all Americans while many conservatives are not married to the idea.

A honeymoon is the romantic vacation that a couple takes after their marriage ceremony.  In politics, the period of popularity during a short time after a person is elected may also be called a honeymoon.

Example:  Although Barack Obama was very popular when he was elected, the honeymoon did not last for long as he was faced with historical economic problems and opposition from Republican lawmakers.

Example:  A good presidential candidate almost needs to have a love affair with the media in order to get positive press coverage before the election.

Next time:  Metaphors of Up, Over and Above