To continue my study of metaphors or height, today I look at metaphors based on the spatial descriptions of up, over and above.  All three prepositions based on these spatial experiences have positive connotations.  However, the term over may also mean “finished.”  Here are a few examples from our common experiences with objects being up, over and above other objects or above our line of sight.

When a candidate is running for election or reelection, we may say that he or she is up for election.  This meaning of up simply indicates the person is visible above the others.

Example:  Barack Obama was up for reelection in 2012 and indeed won that election. 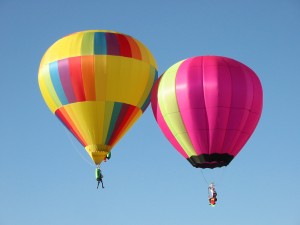 As we have seen, the notion of height can indicate something good.  The phrase upper class usually indicates the most wealthy individuals in a society.

Example:  Presidential candidates always need to appeal to upper class voters if they want to earn donations and the support of the wealthiest Americans.

Businesses, people and organizations that tend to deal with wealthy clients are considered to be upscale or upmarket.

Example:  Since Barack Obama is a graduate of expensive Ivy League universities, some critics complain that he is too upscale to understand the problems of ordinary people.

Two-dimensional objects have two sides.  The side facing up is simply called the upside.  Since up generally means something positive, the upside of a problem indicates the positive outcome of a situation.

Example:  The War in Iraq cost the American government billions of dollars and thousands of soldiers’ lives.  The upside of the story is that the American forces eventually led to a stable Iraqi government.

The upshot of something is the final result of some process.  Although the origin of this term is unclear, apparently for hundreds of years the final arrow shot in an archery contest was called the upshot.  The word up also carried the connotation of being finished, as in the phrase the time is up.  Thus the term upshot also carries the sense of the final outcome of something.

In music the two dominant beats are the upbeat and the downbeat.  Although they are both equally important in a musical performance, the upbeat carries a positive connotation because of the meaning of the word up.  To be upbeat means that one is a very positive and optimistic person.

Example:  Even though John McCain lost the presidential election in 2008, he remained upbeat and continued to serve his country as a United States Senator.

Example:  In 2010, many upstart Tea Party candidates surprised everyone and won many elections beating Republicans in the primaries and Democrats in the midterm elections.

When we set an object down, it has upside and a downside.  If we reverse this and have the bottom on the top, we say that it is turned over or upset.  Metaphorically, any time that something happens that is the opposite of what we were expecting, we may say that is an upset.  This is true of sports games as well as political elections.

Example:  In 2004, many people predicted that John Kerry would win the presidential election.  When George W. Bush instead was reelected, Democrats could not believe the upset.

In life, we have good luck sometimes and bad luck other times.  We may also say that we sometimes feel good and other times we feel bad.  Commonly we call this having ups and downs in life.

Example:  Although the Republicans have had their ups and downs over the past several decades, they had great control of the American government during the two terms of George W. Bush. 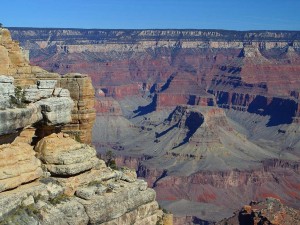 The word over in English has many meanings.  The literal meaning describes the position of something being above something else.  The word over can also mean “finished” as in the game is over.  However, in another metaphorical sense, it can mean to go beyond normal expectations.  Thus, to overlook means to not pay attention to something.

Example:  In 2010, federal regulators seemed to overlook many of the safety regulations of off-shore drilling. The result was the Deepwater Horizon oil rig disaster in which 11 workers lost their lives.

Example:  There seemed to be very little oversight of Wall Street investment policies as the economy collapsed and the country sank into a recession in 2008. 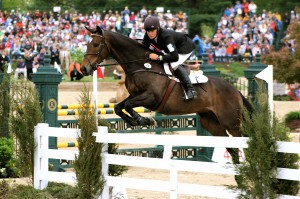 The original meaning of the word whelm is not clear, but it described something being covered.  The term overwhelm literally means to cover with water as in a wave overwhelming a boat.  Metaphorically, to overwhelm means to completely control by greater forces.  In a contrary, joking sense, we may also say that something is underwhelming when it is not very impressive.

Example:  In the 2010 midterm elections, the Democrats were overwhelmed by Republican ads against them, and they lost dozens of seats in the House of Representatives.

To win over someone or a group of people means to persuade them to agree to something by a forceful presentation.

Example:  In 2010, some tea party candidates won over many voters with conservative views and promises to cut federal spending.

To do something above the law means that the action was illegal but the person was not caught or charged.

Example:  The economic collapse of 2008 was caused by the actions of many reckless Wall Street investment bankers.  When none of them were ever prosecuted, most Americans concluded they must be above the law. 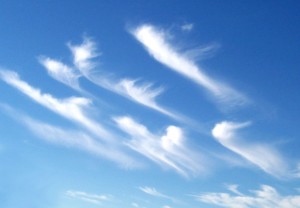 In Middle English, the word board meant a piece of wood or an entire table.  Thus, we have the phrase room and board that means room and meals in a home or at a college.  We also have the phrase above board that indicates that a business transaction is openly visible and legal.  Conversely, we may say that an illegal business transaction is under the table.

Example:  Candidates for public office must make sure all of their campaign activities are above board, so that they cannot be accused later of breaking any local laws.

A fray is another word for a fight or a large problem.  To be above the fray means that the person is not involved in any argument or confrontation.

Example:  Despite some controversial policies and decisions during the War in Iraq, Vice-President Dick Cheney always seemed to be able to stay above the fray.

Next time: Up and Down Movement