In contrast to my last post with examples of metaphors describing movement from top to bottom, today I offer examples of metaphors derived from actions going from the bottom to the top.  These indicate more positive actions or trends in politics. It is quite amazing at the tremendous variety of words and phrased describing upward movements.  How many have you heard on your local news?

When someone of something has reached the bottom, it is always possible to reverse the action and go back up to the top.  English has many metaphors using words to describe these actions.  As with going from the top down, we can also say we are going from the bottom up.

Example:  Barack Obama developed many grassroots organizations to help him get elected.  This bottom-up approach involved many young people and proved very successful. 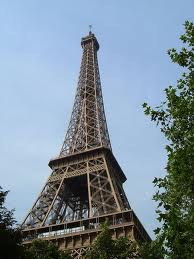 Another basic phrase is describe upward movement is to say something is going up.  While physical objects such as balloons may go up, other emotional states or abstract concepts with numerical values can also go up.

Example:  John McCain’s popularity went up considerably among conservative voters in the 2008 presidential election when he picked Sarah Palin as his running mate.

Yet another way to describe this upwards movement is to simply use the preposition up as a verb.

Example:  Some critics of the War in Afghanistan were upset when President Obama upped the number of troops there in 2009.

Some balloons rise naturally because of hot air or helium contained within them.  Metaphorically, other abstract concepts with numerical values can be said to balloon as well.

Example:  In the early 2000s, housing prices ballooned, but they came crashing down after the economy collapsed in 2008.

To lift something means to physically raise it higher. Metaphorically we can speak of our spirits or emotional states being lifted as well.  We may even say that we are lifted to new heights by the actions of other people.

Example:  When Hillary Clinton ran for president for the 2008 election, the spirits of many liberal women were lifted to new heights thinking that the United States may have the first female president.

Another way of saying lift is to combine the word with the preposition up, resulting in the common term of uplift.  Again, something physical can be uplifted such as a large geological area.  However, we can also talk of abstract concepts being uplifted as well. 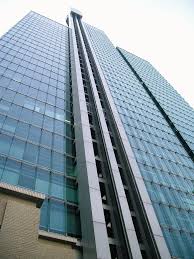 Another word for lift is to elevate something.  Metaphorically we can elevate many abstract objects such as emotional states, intellectual development, or political discourse.

Example:  Some political candidates try to elevate their speeches by including quotations from the Bible or past world leaders. 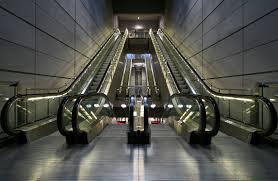 The word escalate is derived from the Latin word scala meaning “ladder.”  Thus escalate means to move something upwards.  The word escalate is commonly used metaphorically to describe an increase in the intensity of a negative process or problem such as tensions, crises or wars.

Example:  As the War in Afghanistan reached its tenth anniversary in 2010, many people hoped the war would be over soon, but in fact it seemed to escalate at that time.

The meaning of the word raise is similar to that of lift, i.e., to move something upwards with physical force.  We commonly use raise to describe other abstract processes.  When we want to ask a question, we can also say we are raising a question.

Example:  The two wars in Iraq and Afghanistan raised many questions about the cost of U.S. involvement in international disputes.

Political candidates must have an incredible amount of money to run an effective campaign.  Getting this money through private donations is often referred to as raising money.

Example:  In recent elections, many candidates effectively raised money by asking people for donations on the Internet rather than in person. 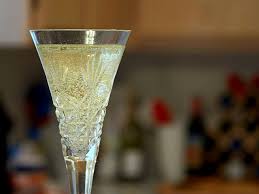 The meaning of the word rise is similar to that of raise although while raise involves someone or something doing the action, the meaning of rise is that the object is moving upwards of its own energy.   As with balloons, bubbles can rise on air currents if they are light enough.  Metaphorically, a bubble is anything that grows extremely large on its own.

Example:  No one seemed to notice that the housing bubble was rising out of control until house prices plummeted in 2008.

Another way to talk of something moving upwards is to say it is on the rise.  A word rise can be used to describe how much a hill increases in height as it goes up, as in the rise of a road.  Metaphorically, anything that increases may be referred to as being on the rise.

Example:  As drug war violence in Mexico and the American Southwest seemed to be on the rise, debates on immigration reform became more needed than ever.

Example:  Although many Tea Party candidates were new to politics in 2010, they rose to the occasion and won many elections.

rise up against something

Unlike the passive meaning of rise, we can also speak of rising up which involves voluntary, deliberate action.  In politics and social justice, to say that one rises up means that the person is taking action against something he or she perceives is an injustice in society.

Example:  Tea Party candidates rose up against government spending and won many elections in 2010. 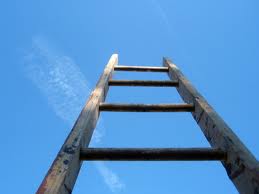 move up the ladder

There are several metaphorical phrases involving strong verbs of motion with the preposition up.  One such phrase is to move up or move up the ladder.  In this case, the ladder refers to a business or government hierarchy.

Example:  John McCain was a war hero in Vietnam and then moved up the ladder in politics to become a U.S. Senator in Arizona.

Another phrase referring to the action of going from bottom to top is run up something.  In one phrase, a process in which a lot of money is raised or popularity is increased, for example, we may say this is running up big numbers.

Example:  In the 2012 presidential election, although Mitt Romney and Paul Ryan ran up big numbers in some conservative states, Barack Obama and Joe Biden were able to win the election.

A more forceful metaphor to describe upward motion is to drive up something, as if a person is using a powerful vehicle to push something up a hill.

Example:  In economics, the lack of a certain commodity such as oil will drive up prices for everyone. 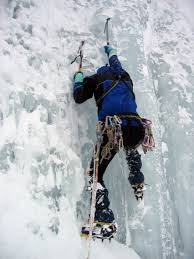 One way that a person can move upwards is to climb, as in climbing a hill, a ladder or a tree.  Metaphorically, a person can climb a corporate ladder or up a governmental hierarchy.  Prices or other economic indicators can also climb on their own as they increase in value.

Example:  After Hurricane Katrina, consumers watched as oil prices climbed since oil supplies were cut off in the Gulf of Mexico.

The verb ascend means to go up in the air or up a hill or mountain.  In metaphorical terms, ascend can mean going up the ladder in government.  Thus a political ascent refers to the rise of a person in local or federal politics.

Example:  Sarah Palin enjoyed an amazing political ascent after being chosen as John McCain’s running mate in the 2008 presidential election.

The word hike has two meanings:  one meaning involves taking a vigorous walk outdoors, the other involves an upward movement, as in hiking a football.   Increases in prices are sometimes referred to as price hikes.

Example:  Most Americans object strongly when there are price hikes on their health or car insurance policies.

Literally a spike is a large nail used in construction as in those used to hold down railroad ties.  Spikes have very sharp points.  On a graph with a sharp increase in a price or sales data or any numerical value, we may also call these spikes.  We may talk about spikes in food prices, car and truck sales or violence in war.

Example:  During a hot summer, there will be spikes in energy usage as the temperature goes above 100.  Local utilities must make sure there is enough energy for everyone’s air conditioning on those days.

Next time:  Low, Short and Under