In honor of the upcoming Halloween holiday, I thought I would share a few metaphors of the supernatural.  These metaphors are fascinating for a simple reason.  Most conceptual metaphors are created by comparing a physical object or human experience to an abstract concept.  For example, we can understand describing a cold-hearted person as being a “block of ice” because we have all had the experience of feeling the cold temperature of a piece of ice.  We can also understand personification such as describing the United States as a “strong nation” because we have the personal experiences of human strength.  However, how can we explain metaphors such as having “a ghost of a chance” or being “spellbound” when ghosts and witches’ spells are not physically real?  Clearly, we can create conceptual metaphors simply by having a common human experience with phenomena even if they are not real.

Most of us learn about the supernatural through children’s stories – ghosts, goblins, fairies and bogeymen.  Despite the fact these beings are not real, they become part of consciousness and they have been used to create metaphors we can apply to everyday life.

Some people believe that when people die their spirits live on after them in another world, and that these spirits can guide us in our life on earth.  Metaphorically, a guiding spirit can be anything that influences or inspires someone to take certain actions.

Example:  Barack Obama has been the guiding spirit behind many African-Americans getting more involved in politics since he was elected president. 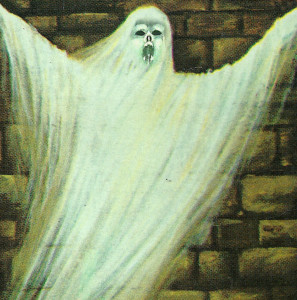 ghost of a chance

Ghosts are thought to be spirits who remain on earth.  Ghosts do not have physical bodies so they are transparent with almost nothing visible to the eye.  Metaphorically, we can say that something has a ghost of a chance when it has a very slim chance of being true.

Example:  When Barack Obama first ran for president, he was an unknown state senator from Illinois and some people thought he only had a ghost of a chance of becoming the first African-American president.   But, of course, he proved them all wrong. 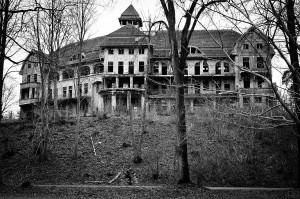 Sometimes malevolent ghosts will scare or haunt the living.  Metaphorically, anything in the past that has a negative effect on a person’s life in the present may be described as a haunting.

Example:  George W. Bush proclaimed victory in the War in Iraq after only a few weeks of fighting.  His victory banner on an aircraft carrier came back to haunt him later as the war dragged on for years.

A ghostwriter is someone, usually a professional writer, who helps a celebrity or politician write a book usually without credit.

Example:  Ted Sorenson was the ghostwriter for John F. Kennedy for the book Profiles in Courage which won the Pulitzer Prize in 1957.

A phantom is another word for a ghost or spirit.  Figuratively, a phantom is something that we think is real but may not really exist.

Example:  Critics of Barack Obama complained that his phantom economic recovery was not really creating any new jobs in the first years of his presidency. 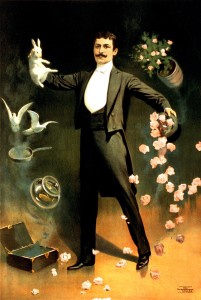 There have been many stories of magicians and witches throughout history.  Although witches may be only a part of folklore, there are modern-day magicians who work solely for entertainment.  Thus, magic has two meanings in English, the supernatural powers that can influence everyday life, or complex tricks and optical illusions created to entertain an audience.  In politics, we may speak of magic to describe something that happens without normal cause-and-effect relationships.

Example:  Some cynics believe that it is only by magic that the U.S. government can ever really balance its budget.

In some ancient legends and stories, magicians carry a magic stick or wand that can be used to create new realities.  In common terms, a magic wand can be used metaphorically as an instrument that has the power to solve impossible problems.

Example:  Many Americans wish that the president had a magic wand he could use to eliminate poverty and all social problems in the United States.

To vanish means to disappear suddenly.  In a magic act, a magician can make something vanish with a wave of a magic wand or a simple phrase.  In politics, something can also appear to vanish because of changing perceptions or lack of media coverage.

Example:  Critics of Barack Obama claim that the hope he inspired during his campaign vanished soon after he took office and ran into many bureaucratic obstacles to getting things done in Washington.

Magicians can also make objects materialize or appear suddenly.  In politics, people, funding or programs can materialize suddenly without prior warning from the media.  The term materialized can also be used negatively to describe something that was expected to happen but did not.

Example:  Much of the job growth that Barack Obama promised did not materialize in the first few years of his presidency.

A trick is something done to deceive someone, as a magician does with a magic trick. The adjective form, tricky, can also indicate something that is complicated.

Example:  It is always a tricky problem to write tax laws that are fair to both the rich and the poor in the United States.

The word wizard is derived from the same root word meaning wise.  Thus a wizard in ancient legends was a wise man, usually at the service of powerful people.  In modern times, a wizard is anyone who has extraordinary skills in a certain area such as computers.

Example:  Presidential candidates need to have campaign strategy wizards in order to win the election.

Merlin was a very powerful wizard in the medieval stories of King Arthur. In modern English, someone can be referred to as a Merlin if he seems to have the ability to do things that no one else can.

Witches and wizards are thought to put people under spells or some magical power that controls the lives of those people.  A person under such a spell is then spellbound. Metaphorically, someone can be spellbound if he or she seems to be under the powerful influence of someone else.

Example:  Many young Americans were spellbound by Barack Obama’s powerful speeches when he first ran for president in 2008.

Witches are thought to have the power of enchanting people, i.e., putting them under spells for good or bad purposes.  In common terms, people can be enchanted by something or someone if they are very excited and interested in them.  Conversely, when people are disappointed in something or someone, we can say that they are disenchanted.

Example:  Despite Barack Obama’s initial popularity, many liberals became disenchanted with him when he was unable to push through a more progressive agenda through Congress.

Fairies are mystical creatures thought to live in forests that help people.  People who believe in fairies are ridiculed for believing in nonsense or something made out of thin air.   In a modern reduplicated phrase, something that is considered to be wildly impossible may be called airy-fairy nonsense.

Example:  Supporters of oil-based energy sources think that running the country on solar panels and windmills is a bunch of airy-fairy nonsense.

Pixies are also small mythical creatures.  It is said that they possess magical dust they can sprinkle on people to put them under spells or improve their fortunes.  In modern terms, people accused of sprinkling pixie dust on someone or something indicates that they are not truly aware of reality and are trying to solve problems by magical means.

Example:  Critics of liberal social programs believe that it takes more than pixie dust to get people off of welfare.

Unicorns are imaginary horses with one spiral horn growing from its head.  Unicorns, along with fairies and pixies are symbolic of imaginary creatures with no basis in reality. 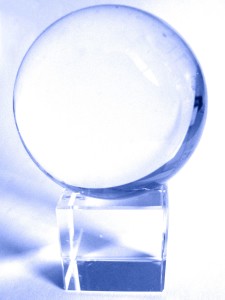 In popular folklore, women known as psychics or fortune tellers can predict the future.  One method of doing this is by seeing visions in a crystal ball.  Metaphorically, a mention of a crystal ball is a criticism of someone pretending to be able to see the future with no actual evidence.

Example:  Campaign strategists always hope they can look into their crystal balls and see their candidate winning the election. 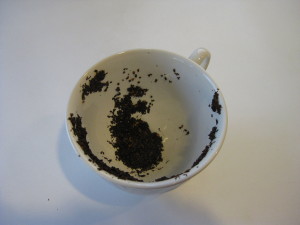 Fortune tellers are also believed to tell the future by reading patterns in tea leaves.  Figuratively, reading tea leaves indicates that someone is trying to predict the future.

Example:  In the close 2012 presidential election, no one reading the tea leaves could tell if Barack Obama or Mitt Romney would be the next president.

Psychics believe that everyone has a field of energy surrounding their bodies.  This energy field is called an aura.  Metaphorically, an aura is a person’s perceived popularity and strength of character in a certain field.

Example:  Although wildly popular in 2008, Barack Obama seemed to lose some of his aura after failing to get some of his policies enacted by Congress.

Many monsters and scary creatures are also described in the literature of the supernatural.  One such creature is known as the bogeyman, a monster who scares children or harms people.  Figuratively, a bogeyman is something or someone that threatens to cause harm to someone else.

Example:  For many Americans, Osama bin Laden was a real life bogeyman and they were glad when he was finally caught and killed.

Some legends tell of supernatural monsters called werewolves which are half man, half wolf creatures.  The only way they can be killed is by shooting them with a silver bullet.  Metaphorically, a silver bullet is any action that can automatically solve a difficult problem.

Example:  When gas prices rise seemingly out of anyone’s control, government experts claim that the oil supplies are so complicated that there is no silver bullet to keeping the prices down.

Spook is an old word meaning to scare or frighten someone.  In modern terms, a person can be spooked or scared off by any action that causes them to hesitate in doing a normal activity.

Example:  The economic crisis of 2008 scared off many Wall Street traders from investing in the stock market. 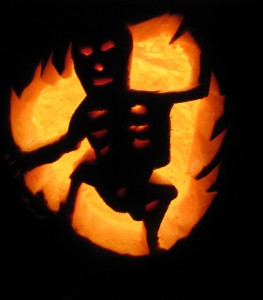