Happy New Year!  Welcome to another year of the fascinating study of metaphors in American politics.  Today I would like to share some analyses of metaphors of animals.  This post was inspired by a visit with a next-door neighbor just before Christmas.   We had just had a severe windstorm and several large branches of one of our trees had broken off and fallen in to his backyard.  When I went to warn him about the big mess, I was greeted at the door by a beautiful border collie puppy he had just gotten for his kids for Christmas.

I am sure that thousands of American children received puppies or kittens for Christmas, or maybe a hamster, iguana or tropical fish as pets.  Children in rural areas might even have gotten a pony.  It reminded me that humans have had a long history with animals as pets around the house or work animals on the farm.  Dogs were domesticated about 18,000 years ago while cats have been with us about 9000 years.    Horses were trained for work and riding about 4000 BC.   Not surprisingly we have many colorful idioms and proverbs about animals such as it’s raining cats and dogs, or a bird in the hand is worth two in the bush.  We also have many metaphors based on our experiences with animals.  I have previously written about metaphors of birds.  Here are a few based on our relationships with dogs, cats, fish and horses.  Enjoy! 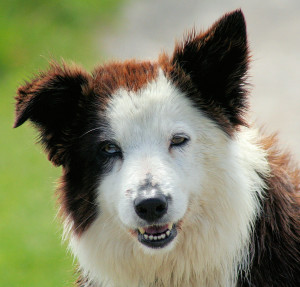 Dogs are often used to watch over and guard their owners’ property.  In politics, watchdog groups are those that help make sure laws are followed and enforced.

Example:  The EPA (Environmental Protection Agency) is a watchdog group that makes sure our water, air and ground are not polluted.

Dogs that are trained to protect people and fight for them if necessary are referred to as attack dogs.  In politics, attack dogs are the aides of politicians who attack the policies or statements of their opponents.

Example:  At Democratic and Republican conventions, each party’s attack dogs give speeches complaining about their other party’s candidate.

Conservative Democrats in the House of Representatives are sometimes called blue dogs.  The name is derived from a twisting of an old name of Yellow Dog Democrats in the 1920s and the paintings of a blue dog popular with some Southern Congressmen. Technically this phrase is an idiom rather than a metaphor since it is not based on real-life blue dogs, but I include it here for the sake of a complete description of popular phrases in politics about dogs.

Example:  You can count on the Blue Dog Democrats to vote for fiscally conservative policies. 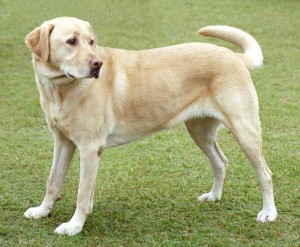 Dogs are known to be very persistent in getting what they want, such as digging for a bone.  For people in politics, one can have a dogged belief in something for which they never change their mind.

Example:  Many conservative politicians have a dogged belief in pro-life or anti-abortion policies.

Most dogs, especially aggressive or dangerous ones, are kept on leashes.  To unleash a dog or other animal is to allow it to run wild and possibly hurt someone.  Nuclear weapons are often compared to dangerous dogs.

Example:  Everyone is afraid that some day terrorists could unleash nuclear weapons.

Cats make wonderful pets but they are not easy to discipline.  The idea of herding cats indicates something that is impossible to do.  A person who has a pet issue means that he or she works hard on a particular project. 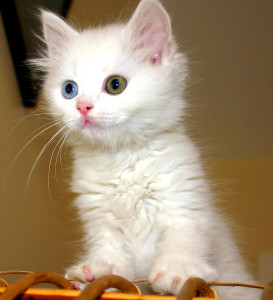 Example:  Some people say that trying to get everyone in Congress to agree on anything is like herding cats.

Example:  A president’s wife, or first lady, usually has a pet issue such as health care, women’s rights, or helping children learn to read. 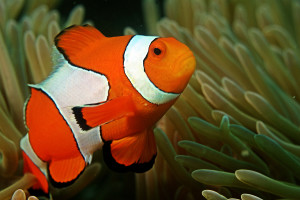 As we all know, fish have a strong smell when they are no longer fresh.  Something that is fishy smells like there might be something wrong or illegal.

Fish spawn or lay thousands of eggs that grow into adult fish.  When one event grows into a large project or social movement, this is also called spawning.

Example:  Some say that the war in Iraq spawned more terrorist activity in the Middle East. 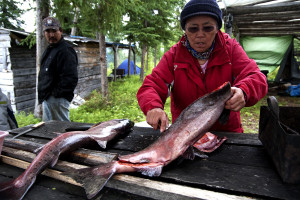 After one catches a fish, one needs to gut or remove the intestines of the fish before eating.  To gut something metaphorically is to take out all of the important parts of it.

Example:  Sometimes a legislator writes a bill, but it is gutted by the other party, and is not very effective.

Many aspects of riding or training horses are used as metaphors in politics. 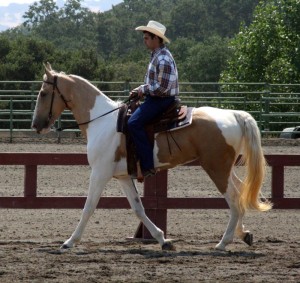 A horse rider uses a saddle to help sit comfortably on the horse.  However, saddles can be heavy and make the horse work harder to carry the weight.  Thus, to saddle people with something means to give them extra problems.

Example:  High interest rates on credit cards have saddled many Americans with too much debt. 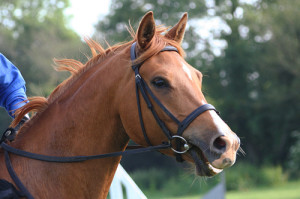 A bridle is a leather harness used to help the rider control the speed and direction of the horse.  An unbridled horse is more energetic and sometimes difficult to control.

Example:  Many candidates have unbridled energy when it comes to running for office.

Horse riders use reins, long leather straps, to control the direction of the horse.  To rein in a horse means to keep it under control.  In politics, to rein in something means to take more control of it.

Example:  Many Americans complain that the government needs to rein in spending and balance the budget. 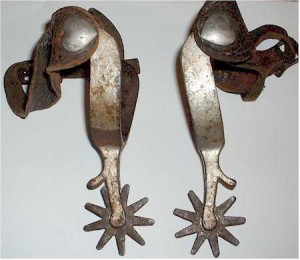 Some horse riders wear spurs or sharp metal objects on their boots that they can use to kick the horse to make it go faster.  In a similar way, something can spur someone on to do something they might not normally do.

To ride out a problem means that one can endure or complete a project under difficult circumstances.

Example:  Congress needs to ride out this current economic crisis by whatever means necessary.

A horse rider can ride over an obstacle such as a log in its path.  To override something means to deny or change the direction of a project.

Example:  If the president vetoes a bill that Congress wanted to pass, Congress can override the veto if two-thirds of the members of the House and Senate vote for it. 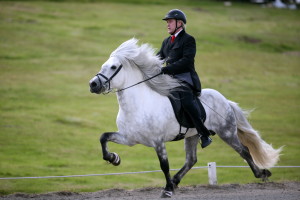 A horse walking quickly but not running is referred to as trotting.  To trot out a horse means to bring the horse out to show to someone.  In politics, people can trot out new ideas. 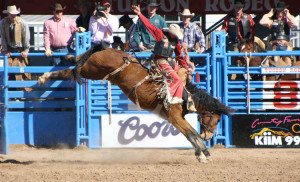 Example:  In 2008, Barack Obama bucked the trend of raising money from rich investors by asking ordinary people to donate small amounts of money.

Example:  In the 2008 presidential election, some critics claimed that Barack Obama, with his good looks and hard work ethic, wondered if he was both a workhorse and a show horse.

Clearly our close relationship to dogs, cats and horses as work animals or pets have inspired many metaphors that we use to discuss politics.  Our experiences with catching and eating fish have inspired other similar metaphors.  Next time we will look at how metaphors are inspired by animals we use raise for meat or work down on the farm.

Next time:  Metaphors of Farm Animals