Greetings!  As promised, today I have a few more examples of metaphors derived from animals.  This time I look at cows, oxen, sheep, goats and pigs.  Believe it or not, they do indeed exist!  Previously I wrote a short blog on cows and beef, but today I offer a more complete list.  Note that most of these terms originated in the history of farming and ranching, some from our English-speaking ancestors in Great Britain, others from our own experience in the western United States. As mentioned last time, these metaphors illustrate the close relationship between humans and animals for work, companionship or food.  Please let me know if you have any questions about these fascinating metaphors. 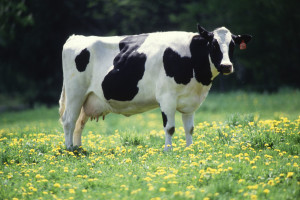 Cows are animals that can be easily grouped or herded into specific places.  People can be cowed if they do not stand up for what they believe in.

Example:  President Obama does not seem to be cowed by the efforts of the powerful lobbyists to change policies to benefit their corporations.

A young cow that is found without a brand is said to be a maverick, named after a rancher named Maverick who often did not brand his cows.  In political terms, a maverick is someone who is very independent of political parties.

Example:  John McCain is known as being a maverick for opposing policies of any party that he does not agree with. 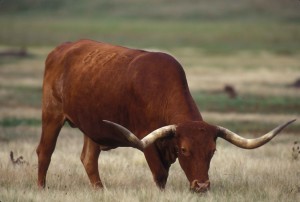 A bull is a male cow.  The term bull or bully can have many meanings in politics.  Bulls can be very strong and aggressive.  Thus, to bully people means to act aggressively towards them and get them to do what the bully wants them to do.  The word bully is also an old expression meaning, “Great! Exciting!”  The phrase bully pulpit was first used to describe the speeches of Theodore Roosevelt, the 26th president of the United States, 1901-1909.  A pulpit is the place in a church where the priest or pastor gives his sermon to the congregation.  Politicians are sometimes described as having a bully pulpit when they tend to lecture and tell the Congress or the American people what to do.  Bull feces can be called bullshit, (a swear word in English), sometimes shortened to just bull.  This term in turn can be used to describe something that has no value, so to talk bull means to speak without telling the truth.  Conversations with lots of bull can be called bull sessions.

Example:  The American people become frustrated if politicians only engage in bull sessions and do not get anything done.

Example:  A good political leader does not bully his colleagues.  Rather, he needs to work with them cooperatively.

Example:  A strong president trying to pass new laws must sometimes use the bully pulpit to get his ideas across.

When the stock market is on an upward trend and investors are very confident in investing money, this is called a bull market, comparing the market to the strength and power of a bull.  (Compare to a bear market below.)

Example:  It is always good to invest money in a bull market; this is when investors make the most money.

The word drive has many meanings, most commonly today used to mean operate a car or truck.  However, ranchers would often drive their animals to get them to where they wanted them to go, as in a cattle drive.  In general, to drive means to propel something forward.

Example:  The collapse of the banking system drove the economy further into a recession.

beef and beef up

The meat of a cow is called beef.  The size and weight of a cow has allowed the word beef to be used to indicate strength and importance.  The word beef can be used to mean a complaint, as in “What’s your beef?”  One can also use the expression, beef up, meaning to make something stronger.

Example:  Congress is trying to beef up the laws to protect children from abusive parents.

Workers on a farm or ranch who catch and control the animals are said to wrangle with them.  In politics, when people argue or fight, this may be called wrangling as well.

Example:  Most Americans get tired of politicians wrangling over policies instead of getting things done and helping the people. 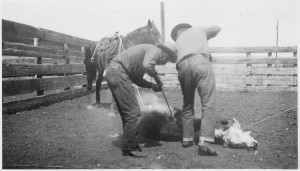 Rancher must put a mark or brand on the skin of their cows so that they are not stolen by other ranchers.  This same word is used to indicate the names of companies or political policies.

Example:  Some Democrats say Barack Obama has introduced a new brand of politics with his emphasis on helping the poor and middle class.

A stampede occurs when an entire herd of animals runs in the same direction without being controlled by anyone.  In political terms, members of Congress may be stampeded by other politicians who try to pass bills or make laws without giving everyone a chance to study the policies.

Example:  Some critics said that the Patriot Act of 2001, designed to increase anti-terrorism policies of the U.S. government, was stampeded through Congress without many members realizing what the bill actually meant.

Ranchers must separate their animals from other ranchers’ animals with strong fences.  If a fence is broken, the animals can run away and cause trouble for the other ranchers.  Thus, one must constantly mend or fix the fences to keep the animals safe and avoid problems with neighbors.  In politics, fence mending means that two politicians who disagreed on something must talk it over and reach a new agreement.

Example:  Republicans are Democrats are always in the process of mending fences to get bills passed in Congress. 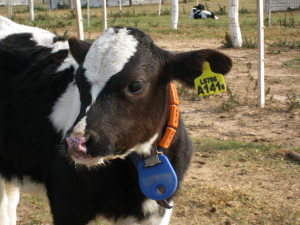 A rancher with hundreds of cows must mark each one to indicate the gender and age of each animal.  Usually a tag with this information is attached to the ear of each cow, thus called an earmark.  In political terms, an earmark is money secretly put in a bill by a member of Congress to pay for a project in his or her home district, without the rest of Congress knowing that it is part of the bill.

Example:  In 2005, Alaskan senator Ted Stevens famously tried to use an earmark to build a bridge costing $400 million that would be used by only 50 people.

When a rancher is trying to control and stop a large animal from running away, he needs to dig in his heels, or get a firm footing on the ground, or else the animal will get away.   In political terms, someone who does not change his or her position on a policy is said to dig in his heels.

Example:  In the 1990s, President Bill Clinton and his wife Hillary dug in their heels to try to get a new health care system for America, but Congress did not approve their plans.

A harness is a set of strong leather straps used by the rider or driver to control strong work animals such as horses or oxen.  In popular terms, people speak of being able to harness sources of energy such as the wind or solar power or even harness the will or energy of the American people.

Example:  A good president can harness the energy of all the members of Congress to pass laws to help the American people. 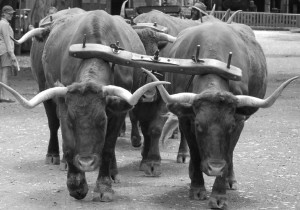 A yoke is similar to a harness in that it is used to control a strong animal although it is usually larger and made of wood.  In political terms, sometimes people without power are said to be under the yoke of a bad government or unfair policies.

Example:  For hundreds of years, African-Americans suffered under the yoke of slavery.

Animals, like people, need to be fed every day.  Hungry animals eat a lot of food when they can get it.  In politics, journalists like to get many news stories every day to publish in their newspapers and magazines, or television and radio programs.  This process is sometimes called feeding the beast.

A fold is a name for a group of animals on a farm, especially for sheep.  Farmers like to keep the sheep together in the fold.  If an animal runs away or is lost, the farmers try to get it back in the fold.  In politics, someone who strays from the values or policies of a political party or religious group is asked to come back to the fold.

Example:  Members of Congress who lean too far to the left or right may be asked to come back to the fold of their parties and not be too extreme.

Example:  Presidential candidates must always tend their flocks if they want to get everyone’s vote in the election.

A wether is an old name for a ram or male sheep.  A bell was hung on the neck of the dominant wether in a flock so that the other sheep would follow him, making it easier for the shepherds to herd the flock.  In modern times, a bellwether is something that is an indicator of other things to come.

Example:  The many home foreclosures in the summer of 2008 was a bellwether for the troubling economic problems that soon developed throughout the country.

Animals on a farm or ranch such as cows, sheep or goats, cannot go far from the ranch or else they will be lost or killed.  To stray means that the animals go away from the farm; ranchers hope that they do not stray far. In political terms, to stray far means that the person is getting away from the policies or values of his or her party.

Example:  In the 2012 presidential election, Mitt Romney tried not to stray far from the values of his conservative Republican party but lost the election to Barack Obama. 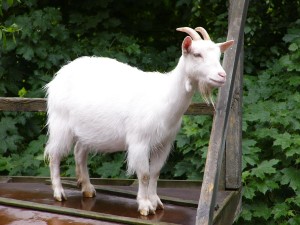 In ancient Jewish culture, a goat was symbolically given all of the sins of the community and sent into the wilderness, thus relieving everyone of their sins.  The animal was referred to as a scapegoat. Today, a scapegoat is someone who is blamed for the mistakes of other people.

Example:  During the aftermath of Hurricane Katrina in New Orleans, Michael Brown, the director of the federal emergency services, was made the scapegoat of all that went wrong in trying to help the people in the floods.

When a farmer needs to catch a hog, or large pig, the workers tie rope around his legs very tightly so that the hog cannot move.  This is referred to a hog tie.  In popular terms, to hog-tie people is to prevent them from doing something they want to do.

Example:  Members of Congress sometimes hog-tie the president when he tries to pass a bill they don’t like by constantly voting it down.

Once again, we can see many examples of how we create metaphors based on every day experiences.  Our close relationships with animals have given us some of our most colorful metaphors.

Next weekend marks the national holiday for Martin Luther King, Jr.  I am working on an analysis of another one of his brilliant speeches.  Stay tuned!