The lion is a ferocious African animal largely considered to be the “king of the jungle.” Rarely, a government leader will also be referred to as a lion because of his strength and wisdom.

Example: Both Teddy Roosevelt and Winston Churchill were lionized by their citizens. 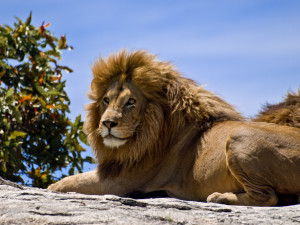 A lion is said to roar when it is angry. Some politicians also roar if they have a strong voice and argue their points well in debates. Some feminists also that women should roar to gain more civil rights in American society, partially inspired by singer Helen Reddy’s song, “I am Woman” with the chorus, “Hear Me Roar.”

Example: During the 2008 presidential primaries, Hillary Clinton was said to roar for women’s rights in America. 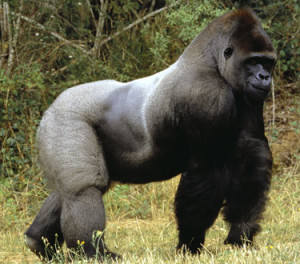 A gorilla is a huge, powerful animal. There is a saying that to ignore a problem is like not seeing an 800-pound gorilla.

Example: The national deficit has been the 800-pound gorilla for the Obama administration. 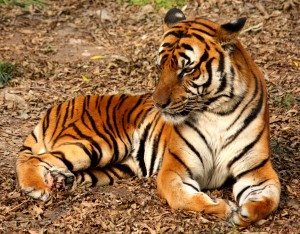 The tiger is another ferocious animal. However, without its teeth, it is pretty harmless. In politics, a government agency that does not enforce any laws is considered a toothless tiger.

Example: The Environmental Protection Agency may be called a toothless tiger if it does not shut down companies that pollute our land, water and air.

A bear is a big powerful animal. Bears also hibernate or sleep most of the winter. When they wake up in the spring, they are thought to be hungry and dangerous. In world politics, Russia has been referred to as the sleeping bear.

Example: After the cold war and the collapse of the Soviet Union, the world watched to see if the sleeping bear would wake up and become a more dominant force in global politics. 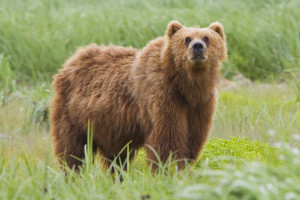 When the stock market is on a downward trend and losing money for investors, this is called a bear market, comparing the movement of the market to the activity of a bear when it is asleep in the winter. (Compare to bull market explained in a previous post.)

Example: It is best not to invest money in a bear market; wait until the economy is growing faster during a bull market.

Example: After the 9/11 terrorist attacks, the whole world wondered what lair in Pakistan or Afghanistan Osama bin Laden had retreated to. 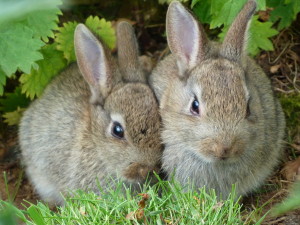 Small animals such as rabbits live in underground tunnels called warrens. There are many twists and turns and different parts of a warren. Sometimes government office buildings are compared to warrens.

Example: Thousands of government employees work in the warren-like offices of the Pentagon.

When a wild animal is trapped, it is dangerous to release it or let it go, similar to unleashing a dog (see above). In political terms, prisoners and especially terrorist prisoners, are compared to wild animals.

Example: There has been great fear that if the terrorist suspects held at Guantanamo Bay, Cuba, are let go, they will go back to being terrorists again.

Also, if wild animals are kept in cages or pens and accidentally escape they can be dangerous to people around them. People, small groups and even small countries are thought to also break away if they do not remain within their normal boundaries.

Example: In 2008, Russia invaded the small province of South Ossetia and was referred to as a breakaway region when it tried to show its independence from Georgia.

Example: Riots broke out in many cities in 1968 after Martin Luther King was assassinated. 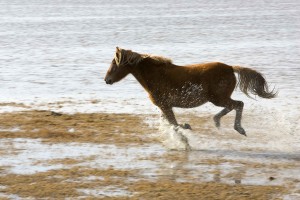 After a wild animal escapes, it is thought to be on the loose, running wild or running amok. In politics, people, groups or policies can be thought to do the same.

Example: Some say that the financial crisis of 2008 was caused by the free market system running wild without regulation.

A wild animal can be controlled or tamed by people with a lot of patience and training. In popular terms, one might speak of a political system that is out of control.

Example: When President Obama took office in January, 2009, many people wondered if he could tame the Wall Street executives who were running amok with investors’ money. 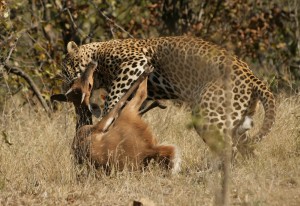 Some wild animals are predatory, meaning they prey upon or kill smaller animals for food. Some financial institutions are considered predatory if they attack ordinary people and try to get their money unfairly.

Example: Some say that the financial crisis of 2008 was caused by predatory bank lenders who let people buy houses they could not afford.

go for the jugular

Some wild animals kill other animals by biting the jugular vein in the neck which carries a great deal of blood to the head. An animal will surely die if its jugular vein is cut. In politics, someone who goes for the jugular is very aggressive and wants to have victory at any price.

Example: During the 2008 presidential campaign, John McCain was often accused of going for Barack Obama’s jugular in speeches when he tried to link Obama to terrorists.

Many wild animals can be very angry or ferocious when they are attacking or being attacked. In American politics, some candidates attack each other with ferocity as they try to win the election.

Example: Both Barack Obama and Mitt Romney were accused of attacking each other with ferocity during the 2012 presidential campaign.

A small animal eats food by gnawing at it in small bites. When a person who is bothered by some problem, one might say that the problem is gnawing at the person.

Example: The problem of slavery gnawed at President Abraham Lincoln until he wrote the Emancipation Proclamation in 1863, freeing the slaves. 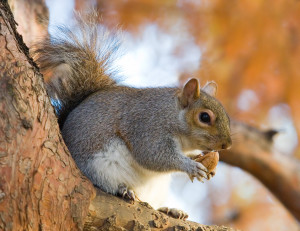 Squirrels are known for saving nuts and other foods to eat during the winter. People are also known to squirrel away money or important papers they might need later.

Example: Everyone should squirrel away some money in their savings accounts in case they have emergency expenses. 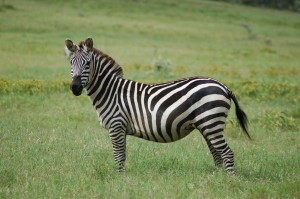 Some animals, such as zebras, have distinctive stripes. Metaphorically, a person’s stripes indicate his or her personality or values. In political terms, some elected officials may have the same stripes as someone in a particular party.

Example: Mitt Romney and Barack Obama are definitely politicians of a different stripe. 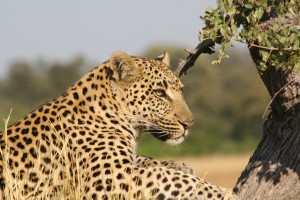 Other animals have distinctive spots. There is a saying that “a leopard cannot change its spots”: meaning a person does not change his or her position on something important.

Example: In the 2008 presidential election, John McCain claimed he was not like George W. Bush but some people said, since McCain was also Republican, he was not going to change his spots.

Some reptiles remove or shed their skin as they grow. The American economy is said to shed or lose jobs.

Example: The country cannot afford to shed more jobs when there is such high unemployment already.

Snakes and reptiles creep or move slowly, especially when they are about to attack. Some policies and attitudes can also creep into the American culture.

Example: The influence of evangelical Christians began to creep into the U.S. government in the 1980s. 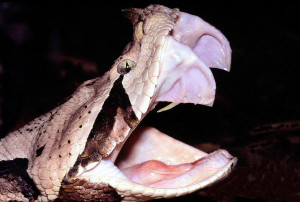 Snakes bite with long teeth called fangs. If a snake is defanged, the teeth are taken out and the snake can no longer bite anyone. In politics, an organization can be defanged if its power is take away.

Example: Some say that the corporate lobbyists have defanged the Environmental Protection Agency.

As we can see, humans can create figurative language based on indirect experiences with animals most of us have never seen in the wild. It is also interesting that we use the more dangerous and violent behaviors of animals to create metaphors in our politics. What does this say about our political system!?

2 thoughts on “Lions and Tigers and Bears, Oh My!”