One of the most enduring theoretical questions in modern linguistics is whether or not our language use affects the behavior of people who read or listen to that language. Obvious examples include television advertising that persuades consumers to buy certain products or perhaps a powerful speaker inspiring his or her audience to take up a cause. In politics, it is easy to make the case that some politicians use specific language styles or constructions to persuade people to join their cause. For example, political groups have been known to use certain euphemisms to reach a goal, as in calling torture “refined interrogation techniques” or a policy that allows air pollution “the Clean Air Act.” It is also clear that metaphors are sometimes used for similar reasons, as in calling immigration “a wave of immigrants” to make them more stigmatized or referring to economy as being “crippled” or in “need of a cure” to gain support for austerity measures or tax cuts. 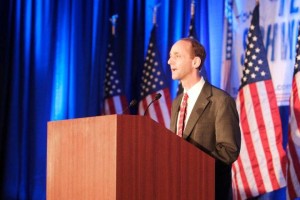 Sometimes in politics, however, direct campaign rhetoric can have the most powerful consequences. Tragically, a Republican gubernatorial candidate in Missouri recently took his own life after being the target of verbal attacks by members of his own party who supported another candidate. Tom Schweich, the Missouri State Auditor, died from a self-inflicted gunshot wound on February 26, 2015 at the age of 54. I did not know anything about Mr. Schweich until I heard of his death. However, he had an impressive curriculum vitae. He was a graduate of Yale and Harvard, and had been hand-picked by former U.S. Senator Jack Danforth to investigate the FBI siege of the Branch Davidian cult in Waco, Texas in 1993. He also served as the chief of staff to two ambassadors to the United Nations, and was an Assistant Secretary of State in the Bush administration. In that capacity he helped uncover the Iraqi Oil for Food scandal. Later he worked to reduce international narcotics trafficking and was the ambassador to Afghanistan.

Sadly, when he announced his candidacy for the governor of Missouri, he became the target of radio ads created by the PR firms of one his competitors, comparing him to Barney Fife of the 1960s TV show Andy Griffith based on his physical appearance. The same ad stated that he would be “crushed like a little bug” in the election. Worst of all, several anti-Semitic remarks were aimed at him by members of his own party. Mr. Schweich is actually a Christian Episcopalian, although he has Jewish ancestors.   No one knows why these comments led to his suicide. The people involved in the ads have claimed that they are not anti-Semitic and had not intention of doing harm to Mr. Schweich.

However, television commentators such as Chuck Todd on Meet the Press (March 8, 2015) quickly labeled such comments as “toxic discourse.” In this metaphor, political language is compared to the toxic or poisonous chemicals in water or air pollution. I have previously discussed other similar scientific metaphors such as meltdown, fallout and the nuclear option.   Some friends and colleagues of Mr. Schweich, including former Senator Danforth, called it political bullying. 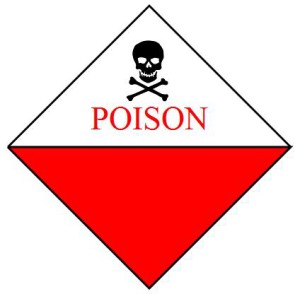 While this sad case has little to do with metaphor analysis, it certainly shows that politics can be a dirty business and that language does indeed have powerful effects on those who hear it. I am hoping this short blog post today calls attention to the negative effects of modern political campaign ads, and to celebrate the life of Tom Schweich, a truly patriotic American government official who deserved a long, successful life in politics.

For further information, please refer to the following sources:

One thought on “In Memory of Tom Schweich”