Our world is full of objects of different sizes and shapes. Man-made objects are neatly categorized into shapes of one, two or three dimensions. Many metaphors in English are based on our visual experiences with these objects. To follow up with my post last week on circles and spheres, today I will be sharing metaphors based on our collective experiences with points and lines.

We use the concept of shape to describe programs or policies that have no physical form. The word shape has been used metaphorically to mean the condition or status of something.

Example: The U.S. economy was in bad shape during the Great Depression.

We can also use the word shape as a verb to describe forming policies or programs.

A point is the smallest of shapes with virtually no dimensions.

The idea of a point of an object is commonly used metaphorically to mean the goal or purpose of an argument, discussion, policy or program.

Example: Presidential candidates must be sure to get to the point when they need to quickly answer a moderator’s question. 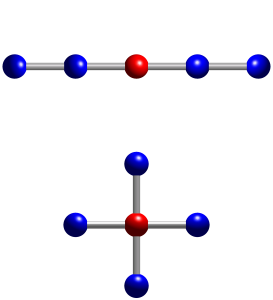 Talking points are the main issues that are addressed in a news broadcast.

Example: Critics of mainstream media political coverage claim that the talking points are made by the station managers and are not really the events of the day.

A line is a two-dimensional object from one point to another. The concept of a line is used metaphorically to indicate a wide range of meanings in politics. In one sense, the lines of a text come to represent the policies described in that text. Thus the party line indicates the goals and policies of a political party as described in its documents.

In another sense, party lines indicate the dividing line between Republican and Democratic members of Congress or the Senate. If all Republicans, for instance, vote for Republican-sponsored bills, we say that they are voting along party lines.

Example: Sadly, Democrats and Republicans do not agree on many important issues. Bills in Congress are often voted down on party lines with no real solutions offered. 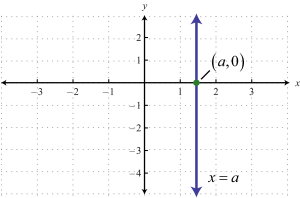 lay it all on the line

The concept of a line is also used to mean the imaginary dividing point between what is safe and what is risky. The phrase to lay it all on the line means that one risks everything by doing a certain action.

Example: A presidential candidate must lay it all on the line and work tirelessly for months to win an election.

over the line, cross the line

There is an additional metaphor using the concept of an imaginary line between what is decent and what is in bad taste. If an action or statement is in bad taste, we may say that it is over the line or it crosses the line.

Example: Some Americans complain that negative TV ads with personal attacks on a candidate during a presidential campaign are over the line. 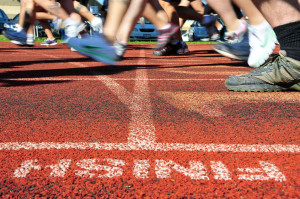 When something is blurry, it is not clear to the eye. When we blur a line metaphorically, we make a dividing line between two concepts, groups of people, or political parties unclear.

When a line is drawn directly from one point to another, we say that the line is straight. Describing something that is straight implies that it is true, clear and direct. Giving straight answers indicates that they are true and direct.

Example: Most American voters appreciate presidential candidates who give straight answers to reporters.

Similarly, the word straightforward means that something is direct and clear.

Example: At first, Bill Clinton did not give any straightforward answers when he was asked about his relationship with Monica Lewinsky.

Events that occur in temporal succession may be described as being straight, as in the fifth straight month of economic recovery.

Example: Politicians like to see when unemployment figures drop for three or four straight months. 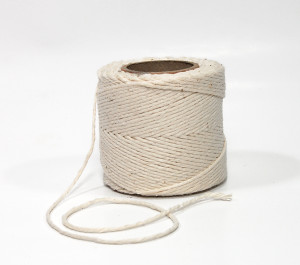 a string of problems

A string can be pulled in the shape of a straight line. Metaphorically, a string of something can indicate a long line of similar events in succession such as a string of problems.

Example: Barack Obama faced a string of economic problems as soon as he was inaugurated in 2009.

A streak is a long, thin mark made by a pen or paintbrush. Similar to the idea of a line or a string, a streak indicates a long succession of similar events. A winning streak is a series of successes in a certain endeavor.

Example: John McCain has had a long winning streak in the elections for the U.S. Senate.

As mentioned earlier, a line can represent an imaginary division between ideas or policies. The idea of crossing a line indicates changing one’s mind or breaking with standard policies or procedures. Doing something at cross purposes means that two people or groups of people are working in opposite directions or with opposite goals.

Example: Cutting federal budgets and laying off workers at a time when we need more jobs may be working at cross purposes. 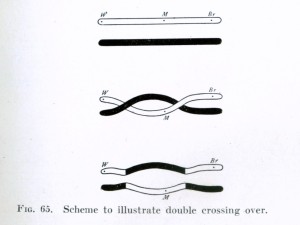 When one line crosses another, we may say that it is a crossover. Figuratively, anything that changes from one position to another may be called a crossover. Political candidates who can appeal to two or more interest groups may be described as having crossover appeal.

Example: Barack Obama may have won the election in 2008 because of his crossover appeal to minority and women voters.

Example: In 2010, the rise of the Tea Party split the Republican Party into two camps of moderate and conservative politicians.

A line that is not straight is crooked. In one of the most common metaphors, we can say that a person or person that is not honest is being crooked.

Example: Richard Nixon famously said, “I’m not a crook,” but then resigned from the presidency to avoid being impeached. 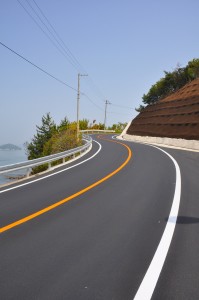 Wry is an old word meaning that an object was crooked, bent or twisted. If a person has a wry sense of humor, he or she has a way of twisting the meanings of words. If another form of the word, we say that a process has gone awry if it has not gone as planned.

Example: In 2008, John McCain hoped that his choice of Sarah Palin his running mate, but his plans went awry as Barack Obama surged in the polls before the election.

Example: After the 2008 economic crisis, the economy was very flat for many years.

The idea of flat can also be used to describe a situation that does not change. Thus a flat tax is a tax that is paid at the same rate no matter the amount of income that one has.

Example: Some Americans believe that we should have a flat tax. In the current system, many wealthy individuals get lower tax rates because of loopholes. 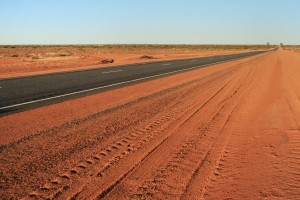 The concept of a flat line has one positive connotation in that it can be used as an adjective, flatly, meaning that there is no uncertainty about a statement that is being made.

Example: Most politicians flatly deny that they have committed any wrongdoing, even if they are found guilty of misdemeanors later.

As you can see, we can create a wide variety of metaphors based on the simplest of shapes. These examples provide further evidence that we create conceptual metaphors based on common experiences with our world. It is interesting how we develop abstract meanings of words and phrases in English that parallel the physical appearance of shapes. For example, straight meaning “honest,” while crooked meaning “dishonest.” It is a tribute to the complexity of the human mind that we can create and understand these metaphorical expressions with ease. I hope my blog posts can help English language learners further understand these wonderful expressions.

Next time: Squares and Rectangles