Even though the 2016 elections are a year and a half away, several candidates have already announced they are running for president: Ted Cruz, Rand Paul and Marco Rubio among the Republicans, and the sole Democrat so far, Hillary Clinton. There are three metaphors commonly used to describe these actions, all three of which are fascinating examples how ingrained metaphors are in our daily English language usage. For one, the common phrase of running for president is derived from our collective experience with horse racing. We speak of presidential candidate in a race for the White House as if they are racehorses, and yet no know ever thinks twice about it. We also talk about the campaigns of these candidates. The word campaign was originally used as a term from military operations. In fact the English word campaign is derived word from the French word campagne meaning “country” since military forces often engaged in large battles in open fields in the countryside. This term dates back to Napoleon’s armies in the early 19th century.  Once again, we see how political actions are compared to military operations. Finally, we also find that we say political campaigns are launched. Normally we use the term launch to describe the liftoff or blast of the engines when a rocket begins its trajectory into space. The word launch was originally derived from a Latin term meaning “to throw a spear” related to our term lance. 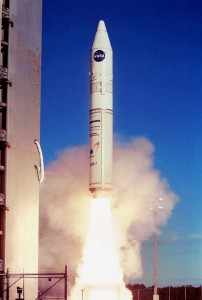 In sum, we cannot even describe a simple beginning of an interest in becoming the president of the United States without using metaphors from three different conceptual domains: horse racing, military operations, and rocket liftoffs. Even more strangely, I cannot think of any alternate literal terms to replace these metaphors. Can you have a process to win an election, begin a campaign, or try to become president? Most of us were taught in school that metaphors and similes are mostly only used in poems and plays, and that normally we speak in literal language. However, these examples are further evidence that thinking in metaphors is a common cognitive process.

Although I have explained some of these metaphors in previous posts, here are a few more examples from horse racing, military operations and vehicles. 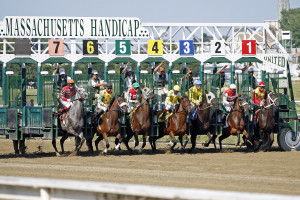 Horses begin a race locked behind a wide gate. When the race begins, the horses are released and run as fast as they can out of the gate. Metaphorically, anyone beginning a new process may be described as being out of the gate. In politics, candidates and political figures must make quick decisions and be consistent with their messages. Thus they must be quick out of the gate.

Example: Although Barack Obama promised big changes if he were elected president, he was very slow out of the gate and it took years to make any of the changes that he promised during the campaign.

Horses run to win the race. Similarly, candidates for political office are said to run in an election to win a position in a government. We may also call this running for office.

Example: Any candidate running for office these days needs millions of dollars to have a successful campaign.

Example: Conservative women voters were excited when John McCain chose Sarah Palin as his running mate for vice president in the 2008 election.

Example: Usually the candidate is who is the strong front runner a month before an election wins the race.

Example: When Paul Ryan was chosen as Mitt Romney’s vice-presidential candidate in 2012, he started on the fast track to political fame and power in the United States.

On an oval track, the shortest distance for the horses to run is close to the inside rail of the track. In common terms, there are two meanings to the phrase inside track. First, as in horse racing, to be on the inside track means to be on course to win in whatever competition one is engaged in. Secondly, the word inside also has the connotation of having restricted or secret access to something. Thus, to have the inside track on something means that someone has information that is not available to other people.

Example: In 2008 when the housing market crashed and banks started to fail, the economy was on the inside track to be in the worst recession since the Great Depression.

Example: Television reporters in Washington D.C. are always competing to get the inside track on the latest news from the White House.

Example: When Barack Obama first announced that he was running for president in 2006, most people thought he only had an outside chance of winning since he was the first African-American in years to try to become president.

Example: In 2004, John Kerry and George W. Bush were running neck and neck for many months but Bush won the election by a small margin.

Example: Several days before a presidential election, the candidates crisscross the country giving speeches at campaign rallies trying to win as many votes as possible in the home stretch.

Example: In the 2012 election, Democrats drew many battles lines with Republicans over the tax breaks given to millionaires and billionaires. 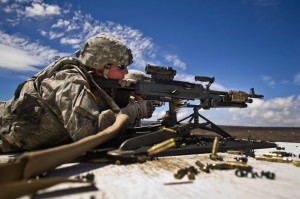 Example: During the 2012 Republican presidential primary, Mitt Romney, Newt Gingrich and other candidates clashed over positions on the economy.

Some motorcycles require the rider to start the motor by forcefully kicking a pedal. This is known as kick starting the motorcycle. Metaphorically, to kick start something means to begin a new process with great energy and enthusiasm.

Example: Most presidential candidates kick start their campaigns with a big rally at a famous landmark.

Many vehicles have different gears for different speeds. Starting a motorcycle or changing a gear on a bicycle requires the use of one’s foot. This may be called kicking it into gear. Increasing the speed may be referred to as putting the vehicle into high gear.   Figuratively, kicking something into gear means beginning a new process.

Example: During a bad economy, a president may need to kick a new jobs program into high gear to reduce unemployment.

Some cars, trucks and buses have manual transmissions which require the driver to shift from lower to higher gears to travel. Figuratively, shifting gears means to change one’s focus from one project to another.

Example: Presidential candidates may need to shift gears during a campaign depending on current events or the questions of media reporters. 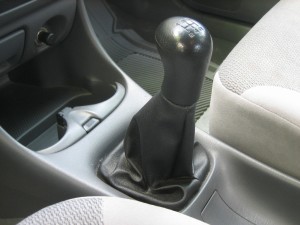 When the gears are not engaged, we say the vehicle is in neutral. It is impossible for the engine to move the engine forward or backward when it is in neutral. In a figurative phrase, being stuck in neutral means that a person or group of people is not making progress towards a desired goal.

Example: Peace talks between warring countries in the Middle East always seem to be stuck in neutral.

Originally a nautical term, to lurch meant that a ship moved to the side instead of going straight ahead. Now it can also mean the jerky movement of any vehicle forward or to the side. Often when the vehicle does not go smoothly into the next gear, it may lurch forward. Metaphorically, the irregular or inconsistent action of a person or group of people may be called lurching.

Example: Political tensions between two countries with nuclear weapons may lurch the world toward a nuclear war.

Example: Presidential candidates normally do not like to have freewheeling town meetings with the general public. They prefer to have more structured question and answer sessions.

put the brakes on

When a driver needs to slow down a vehicle, he or she needs to apply or put on the brakes. In a figurative phrase, putting the brakes on something means limiting or stopping an action already in progress.

Example: Many environmentalists would like to put the brakes on building new nuclear power plants around the world.

It is pretty clear that we describe politics in English using a wide variety of conceptual metaphors. It is amazing that we can hardly talk about candidates for an election without resorting to metaphors from war, horse racing and vehicles. Please let me know if you hear any more unusual examples as these candidates conduct their campaigns.