Metaphors derived from sports terms are quite common. I have previously discussed general sports metaphors, and those from baseball and football. Today, I would like to discuss metaphors from two other sports. We are in the middle of the Stanley Cup playoffs. The Tampa Bay Lightning will be facing my hometown Chicago Blackhawks. (Go Blackhawks!) The NBA playoffs are soon to start as well, with the Cleveland Cavaliers going against the Golden State Warriors. Here are a few common metaphors from basketball and hockey.

A basketball player can score two points by jumping and smashing the ball through the hoop. This is known as a slam dunk. Metaphorically, a slam dunk is any action that seems to be 100% certain.

Example: While supporters of Barack Obama hoped he would win reelection in 2012, they knew it was no slam dunk since Mitt Romney was a tough opponent.

In basketball, the game begins by the referee throwing the ball straight up in the air. This is called the toss up. The player who can reach and control the ball after the toss up will win the ball for his or her team. In common terms, any competition or election that might be one by any player or team may be called a toss up.

Example: Up until the last minute, the 2012 election between Mitt Romney and Barack Obama seemed like a toss up.

When a basketball team puts pressure on the players with the ball on both sides of the court, this is known as a full-court press. In common terms, any group effort to pressure someone to do something or to achieve a goal may be called a full-court press.

Example: Mitt Romney and Paul Ryan gave a full-court press in trying to defeat Barack Obama in the 2012 election.

A basketball player handling the ball must pivot his or her feet to keep the ball away from the opponents. Pivoting in a new direction can help the player move forward with the ball towards the net. In common terms, any person who changes direction in order to focus on a new project may be said to be pivoting.

Example: In a presidential campaign, a candidate who does not to discuss certain issues may pivot to focus on other problems he or she would like to discuss in the media.

no harm, no foul.

Rules in basketball do not allow a player to deliberate push or shove another play. If this happens, the player is given a foul and may be removed from the game. If two players are in close contact but one player is not pushed, the referee may say that there is no penalty. This is called the no harm, no foul rule. In politics, if a statement or action does not insult or injure another person, we may also that there is no harm, no foul.

Example: Many American citizens have been frustrated that the Wall Street banks who created the 2008 economic collapse cried no harm, no foul and were not held accountable by our own Department of Justice. 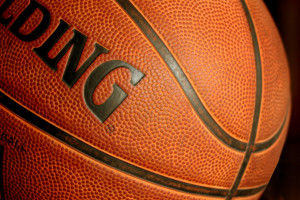 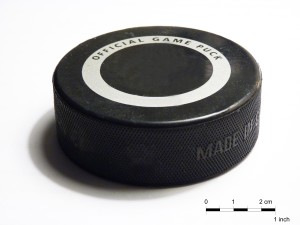 Both figure skating and hockey require the participants to skate on ice. The skates allow the person to glide over the surface of the ice with little resistance. Metaphorically, to skate or skate by something means that a person can do something without much pressure to do something different, or to do something illegal without being punished.

Example: Wall Street bankers who gave themselves bonuses while losing the pensions of thousands of investors in 2008 skated by with hardly any fines or prosecutions.

If a person does a job in a superficial way or avoids dealing with a problem, we may say that the end result is a skating over of the responsibilities.

Example: Most viewers of presidential debates do not like it when candidates skate over problems brought up by the moderators and never really answer their questions.