The study of politics is always full of surprises. The past two weeks, two Republican presidential candidates have dropped out of the race even though the actual election is more than a year away. Rick Perry was perhaps not expected to win the primary, but Scott Walker was once considered a possible front-runner.   Walker’s decision to drop out came as a surprise to many experts in the media. For me, I was reminded of the ubiquitous nature of container metaphors. Linguists have known for years how we describe abstract concepts as if they are inside, outside or through boxes, pipes, or other containers such as people being insiders or outsiders, falling in love, clothes going out of style or a candidate dropping out of a race. Today I would like to share a few more metaphors of containers, talking about being outside. I will share metaphors of inside at another time. 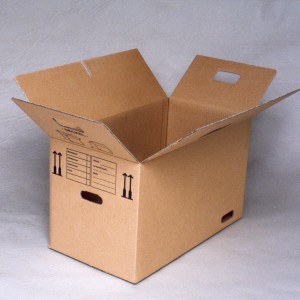 Example: In 2000, George Bush won the election, so he was in the White House and Bill Clinton was out.

In politics, we can talk about people being outside of the normal political process. Sometimes this is a disadvantage if the candidate is seen as being inexperienced; other times, it can be an advantage if an opposing candidate seems to be too much of a Washington insider and does not care about the average American citizen.

Example: In 2008, many Americans were tired of politics in Washington, so they looked to Barack Obama, someone outside the current system, to bring new hope to the American people. 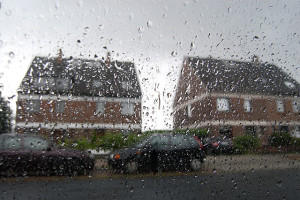 Someone outside of the normal political system in a country or state is considered an outsider.

Example: In local politics, it is almost impossible for an outsider to win an election. Most people vote for someone who comes from the local area and understands local problems.

When a container is filled with solid or liquid materials, it is a common experience to see these materials coming out of the container when it is used. Metaphorically, this phrase has three meanings: 1) how programs or policies are created by politicians while they are in office; 2) how something occurs, e.g., how the process comes out in the end, and 3) how information is released secretly or accidentally.

Example: During the beginning of the recession in late 2008, many Americans were surprised that many ideas coming out of the White House involved bailing out the Wall Street corporations who caused the economic collapse in the first place.

Example: In 2004, many people thought John Kerry would defeat George Bush in the presidential election; they were surprised when it came out in the end that President Bush retained the White House.

Example: At the beginning of the Watergate Scandal in 1972, President Nixon first claimed that he had done nothing wrong, but then it came out in later trials that he was involved in a plot to secretly tape Democrats having a meeting in the Watergate Hotel.

In some old English words, the verb and the preposition are reversed as in overwhelm, or underestimate. Similarly the concept of coming out can be written as outcome in the noun form.   In this sense, the outcome is the end result of some action or process.

Example: In a presidential election, many American voters stay up late on election night waiting to hear the final outcome.

When something or someone is trapped inside a container, they must find a way to get out of the confining space in order to be free. Finding a way out is used metaphorically to find a solution to a problem.

Example: Most of George Bush’s second term as president was bogged down by efforts of politicians from all sides to find a way out of the war in Iraq.

When a container is completely empty, its contents are all removed or all out. In metaphorical terms, something that is done all out is done with complete effort.

Example: Even though Mitt Romney campaigned all out in the 2012 election, he came up short and lost the election to Barack Obama.

When something is done completely and there is one clear outcome, we can say that it is done outright, in the sense of out meaning outside the container, and right meaning correct.

Example: In the year 2000, there was a huge controversy about the vote count between George Bush and Al Gore; however, after the Supreme Court’s decision, George Bush was declared the outright winner.

As with the term outcome, outlast is also a form with the verb and preposition reversed from the normal order, in the sense of last as to endure. Thus, to outlast something or someone means to endure or continue longer than someone else.

Example: In the 2008 Democratic primary, Barack Obama outlasted Hillary Clinton and won the primary for their party.

In another sense of coming out, we talk about processes emerging as if they are snakes coming out of an egg. New governments, countries or policies may be said to be emerging.

Example: During the Iraq War, the emerging government in Baghdad was seen as a hope for ending the war and turning the country back over to the Iraqi people.

Large pieces of solid material may drop out of a container, such as potato from a large bag or paratroopers dropping out of an airplane.  In common terms, anything can drop out of a process or program if it is unplanned, as in teenagers who drop out of high school.

Example: In 2015, Wisconsin Governor Scott Walker dropped out of the race for president even before the Republican primary. 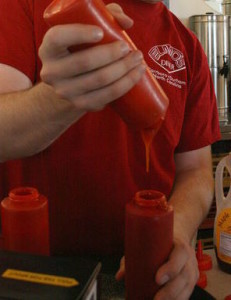 If a container holds a paste or semi-solid material, we say that it must be squeezed out as with toothpaste from a tube. In metaphorical terms, we can also squeeze out money, effort, votes, or other abstract concepts in a difficult situation.

Example: In any election, candidates campaign up to the last minute, trying to squeeze out as many votes as they can before the polls close.

Next time: Metaphors of Pope Francis

2 thoughts on “Scott Walker Drops Out”