Hello and Happy New Year! This is my first post of 2016. You may have noticed that I changed the theme of the blog with updated photos and formatting. I hope it is a bit easier to read. The menus and social media buttons are now on the bottom of the page instead of on the side. Please let me know if you have any trouble reading any part of the blog. More updates will be coming in the next few months.

As for today, in honor of Martin Luther King, Jr. Day next week, I offer a few additional metaphors in his “I Have a Dream” speech from 1963. I first wrote about this famous speech a couple of years ago in a separate post. This article is by far the most often viewed post on my blog. It is clearly a popular research subject for high school and college students around the world.

In addition to the metaphors I discussed earlier, there are several others of note. I discussed the most obvious examples previously but I would like to add a few metaphors of chains, heat, buildings, banking, machines, medicine, family and journeys. I would argue that there is an overarching metaphor of a journey within the speech, with three stages of social position for African-Americans from slavery to freedom to achieving civil rights.  Along the way, the success of the journey was thwarted by societal pressures represented metaphorically by chains, heat, buildings and banking. As always, the examples presented below are taken directly from the transcript of the speech. Some examples are repeated if they contain two different types of metaphors. Italics are mine. 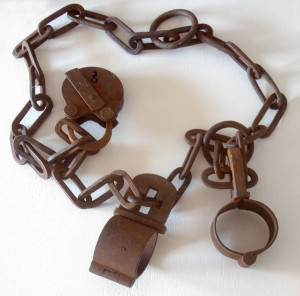 Chains – Dr. King simultaneously describes the literal conditions of slavery in the past and the metaphorical oppression of African-Americans in the 1960s with the concepts of chains and manacles. He notes that even after the Emancipation Proclamation of 1863, they were still not free from discrimination.

Heat – He also metaphorically and painfully describes the treatments of slaves as having been burned in flames.

Example: “This momentous decree came as a great beacon light of hope to millions of Negro slaves who had been seared in the flames of withering injustice.”

Buildings – Martin Luther King uses a common metaphor about governments to say that the republic was built by architects in 1776 as if the country were a large building. However, by designing the republic, he argues that they were also promising a good life for all Americans, implicitly disregarding the practice of slavery that was occurring at the same time they were writing that everyone was “created equal.” Once the slaves had been freed after the Emancipation Proclamation in 1863, they were still not treated fairly in the United States. He describes the marginalization of and discrimination against African-Americans as them being in the corners of a house. However, the revolts against oppression would shake the foundations of that building as if it were an earthquake.

Example: “When the architects of our republic wrote the magnificent words of the Constitution and the Declaration of Independence, they were signing a promissory note to which every American was to fall heir.”

Example: “One hundred years later, the Negro is still languishing in the corners of American society and finds himself an exile in his own land. So we have come here today to dramatize an appalling condition.” 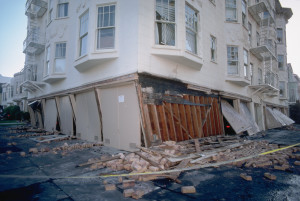 Example: “The whirlwinds of revolt will continue to shake the foundations of our nation until the bright day of justice emerges.”

Banking – As mentioned in my previous post on this speech, Dr. King uses many metaphors of banking to describe discrimination against African-Americans. Here are a few more examples that I did not include last time, implying that the U.S. government owes civil rights to African-Americans as a bank must pay back money owed to its customers.

Example: “In a sense we have come to our nation’s capital to cash a check. When the architects of our republic wrote the magnificent words of the Constitution and the Declaration of Independence, they were signing a promissory note to which every American was to fall heir. This note was a promise that all men would be guaranteed the inalienable rights of life, liberty, and the pursuit of happiness.” 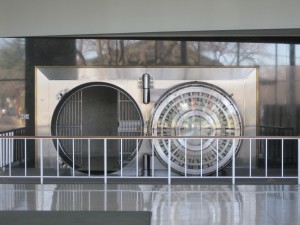 Machines – At the same time he describes the oppression against minorities in the United States, he also describes their reaction and advises them on appropriate behavior. He uses two metaphors describing African-Americans as machines that have been running so long that they are overheating. Thus, one might suggest that the machines need to cool off or blow off steam to protect them from breaking. However, he advises that that the people/machines should instead keep on running at full speed to achieve their goals.

Example: “This is no time to engage in the luxury of cooling off or to take the tranquilizing drug of gradualism.” 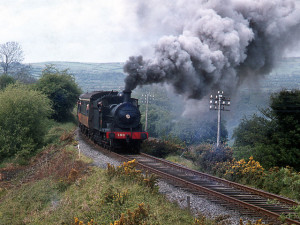 Example: “Nineteen sixty-three is not an end, but a beginning. Those who hope that the Negro needed to blow off steam and will now be content will have a rude awakening if the nation returns to business as usual.”

Medication – Similar to the idea of people as machines overheating, Dr. King also suggests a metaphor of a hospital patient who is so out of control that he needs to be tranquilized. Once again, he advises instead that no drug is necessary.

Example: “This is no time to engage in the luxury of cooling off or to take the tranquilizing drug of gradualism.”

Family – Another common metaphor used by Dr. King to indicate solidarity and fairness in the United States is the idea of all Americans as one family. In one case, he hopes that everyone can sit down together at a table of brotherhood. In another case, he dreams of a day when black and white children can walk together as brothers and sisters.

Example: “I have a dream that one day the state of Alabama, whose governor’s lips are presently dripping with the words of interposition and nullification, will be transformed into a situation where little black boys and black girls will be able to join hands with little white boys and white girls and walk together as sisters and brothers.”

Journey – One of the most common metaphors in Dr. King’s speeches is the idea of the quest toward civil rights for African-Americans as a journey. As he described a metaphorical journey from slavery to freedom, he also describes a literal march in the streets of America without turning back on their goals. His speech analyzed here, of course, was two years before the famous march for voting rights in Selma, Alabama in 1965.

Example: “And as we walk, we must make the pledge that we shall march ahead. We cannot turn back.”

Even though the speech is only about 1500 words long, it contains some of the richest metaphor usage in the English language. Martin Luther King, Jr. brilliantly described the plight of African-Americans going through the three-step process from slavery to freedom to achieving civil rights in the United States. I hope this second analysis of this amazing speech helps students and teachers gain a better understanding of the oratory skills of Martin Luther King, Jr. As always, feel free to send along further comments or questions.

Next time: President Obama’s Final State of the Union Speech