President Obama’s State of the Union Speech last week was interesting for several reasons. Most SOTU speeches are filled with metaphors looking forward to better days ahead. Thus there are many journey metaphors such as taking steps, on the right path, going around roadblocks, etc. However, since this was Obama’s final SOTU speech at the end of his two terms, he was talking more about looking back instead of looking forward. Although he does use a few journey metaphors, they are not a primary rhetorical strategy in his speech. He mostly describes the progress he has made in his two terms with metaphors of sports, nature, machines, buildings, physical forces, personification, and journeys. Today I will analyze his use of metaphors in the first four categories listed here. As always, the examples are direct quotations from the transcript of the speech. Italics are mine.

It is very common to talk about group efforts in terms of sports teams. President Obama uses two sports metaphors to indicate how people are working together to solve problems as in team up, or using a wrestling metaphor to describe making a brave effort to defeat an enemy as in gone to the mat.

Example: “Tonight, I’m announcing a new national effort to get it done. And because he’s gone to the mat for all of us, on so many issues over the past forty years, I’m putting Joe in charge of Mission Control. For the loved ones we’ve all lost, for the family we can still save, let’s make America the country that cures cancer once and for all.” 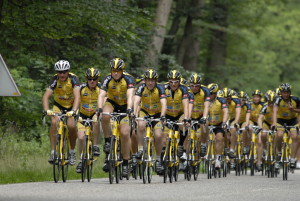 Example: “We’re taking steps to give homeowners the freedom to generate and store their own energy — something environmentalists and Tea Partiers have teamed up to support.”

It is also very common to describe complex problems in terms of natural phenomenon. The origins of a problem are often described as roots of a tree, while the same word root can be used to mean a process similar to a person or animal digging up food from the ground. Intractable problems can also be described as a marsh or quagmire whose muddy ground makes it almost impossible to cross over. Finally a process that is not succeeding may be described as withering, as if it is a dying flower. President Obama uses nature metaphors to describe problems of terrorism and extreme right-wing politics.

Example: “The Middle East is going through a transformation that will play out for a generation, rooted in conflicts that date back millennia.” 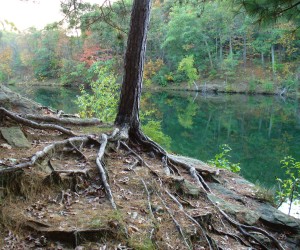 Example: “We just need to call them what they are — killers and fanatics who have to be rooted out, hunted down, and destroyed.”

Example: “We also can’t try to take over and rebuild every country that falls into crisis. That’s not leadership; that’s a recipe for quagmire, spilling American blood and treasure that ultimately weakens us. It’s the lesson of Vietnam, of Iraq — and we should have learned it by now.”

Example: “Our public life withers when only the most extreme voices get attention.”

Talking about abstract processes often involved comparing them to buildings. We can talk about building lives or nations, building up terrorist organizations, or rebuilding society. We can also talk about supporting or propping up organizations as if they are buildings that are about to fall down. 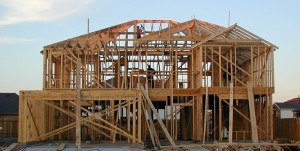 Example: “And that’s why the third big question we have to answer is how to keep America safe and strong without either isolating ourselves or trying to nation-build everywhere there’s a problem.”

Example: “That’s the story ISIL wants to tell; that’s the kind of propaganda they use to recruit. We don’t need to build them up to show that we’re serious, nor do we need to push away vital allies in this fight by echoing the lie that ISIL is representative of one of the world’s largest religions.”

Example: “We also can’t try to take over and rebuild every country that falls into crisis.”

Example: “American leadership in the 21st century is not a choice between ignoring the rest of the world — except when we kill terrorists; or occupying and rebuilding whatever society is unraveling.”

Example: “Even as their economy contracts, Russia is pouring resources to prop up Ukraine and Syria — states they see slipping away from their orbit.”

We are all familiar with various types of machines – everything from household appliances to lawnmowers, cars and trucks. We commonly compare abstract processes to everyday machines. We talk about societies breaking down, or the need to shut down a prison. Sometimes we need to get a machine going again, so we can talk about reinventing a part of society, or reigniting our spirit. To get a machine working again we needs tools to fix it, so we may talk about tools to enforce an agreement, laid off workers retooling for a new job, or the government working to fix problems.

Example: “That’s our approach to conflicts like Syria, where we’re partnering with local forces and leading international efforts to help that broken society pursue a lasting peace.” 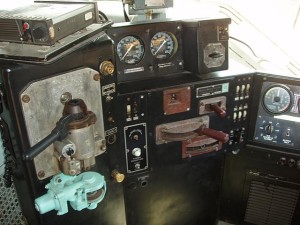 Example: “Most of all, democracy breaks down when the average person feels their voice doesn’t matter; that the system is rigged in favor of the rich or the powerful or some narrow interest.”

Example: “That is why I will keep working to shut down the prison at Guantanamo: it’s expensive, it’s unnecessary, and it only serves as a recruitment brochure for our enemies.”

Example: “It’s how we reformed our health care system, and reinvented our energy sector;”

Example: “This brings me to the second big question we have to answer as a country: how do we reignite that spirit of innovation to meet our biggest challenges?”

Example: “Approve this agreement. Give us the tools to enforce it.”

Example: “It will only happen if we fix our politics.” 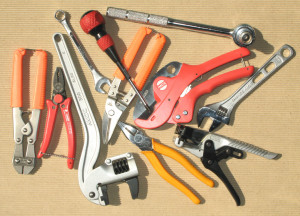