The 2016 Iowa caucuses were held this past week. Television news broadcasts, as well as newspaper, radio and online reports, were filled with reports of the results of the voting. I looked at a few randomly chosen articles from online websites. I was not surprised that many articles were filled with political metaphors. Two articles in particular, one from CNN and another from NPR, contained a few colorful examples of political metaphors. All of the examples below are taken directly from the texts of the articles. Italics are mine.  Each quotation is labeled as being from either the CNN or NPR article. 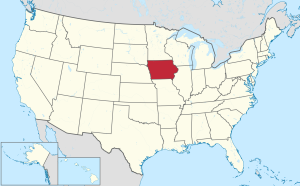 Metaphors from nature are very common in politics. One of the most common ways to describe local political movements is to say that it is a grassroots movement, as if people are blades of grass growing in a local area. One way to describe a political group that is split into many parts is to say that it is fractured, as if it is a rock that is broken in two. We can also describe unusual political situations as if they are chemicals that might explode, saying that they are volatile combinations.

Example: “And Marco Rubio’s stronger-than-expected showing could mark him as the establishment’s best hope against a grassroots revolt in next week’s New Hampshire primary and beyond.” CNN 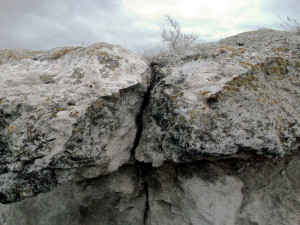 Example: “One thing is clear after Monday night’s Iowa caucuses: there’s a long, volatile election season ahead before two deeply fractured parties can unite behind a nominee.” CNN

We also commonly use experiences with our sense of physical power in our bodies to describe personal or political viewpoints. We often describe asserting one’s rights as standing up for something, while a person representing the interests of a group of people might be described as standing for them.   One quotation from Ted Cruz uses both of these metaphors.

stand up, stand for

Competition between candidates in an election is often referred to as a series of battles or fights. Candidates may be described as firing shots, beating or beating out opponents or fending off attacks. We also see people described as being in the hunt as if a group of people are tracking wild animals with weapons. At the same time, a campaign may be compared to the military crusades of the 11th – 13th centuries.

battles, in the hunt

Example: “So for all the predictions that it was a two-way battle for evangelical support, the Florida senator [Marco Rubio] — who was stressing his own faith in last week’s debate and on the trail in the final stretch — was just as much in the hunt and made it a three-way contest.” NPR

Example: “Claiming victory, Cruz fired immediate shots at both Trump and the party elites he has so infuriated by waging an anti-establishment crusade that has nevertheless endeared him to the GOP’s rank and file.” CNN

Example: “Trump, meanwhile, kept trying to fend off questions about his ground operation and whether the huge crowds the reality-TV star drew would translate into enough votes for him to win.” NPR

Elections are also compared to games, horse races and gambling activities. The work done by staff and volunteers to encourage local people in a certain state is called a ground game, while elections themselves are called races or horse races, and certain campaign strategies are called gambling with the election that may or may pay off in the casino. 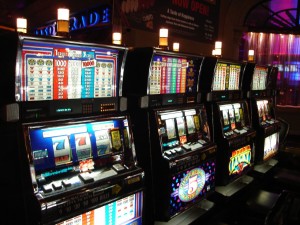 Example: “On the GOP side, it was a three-way race for evangelical voters.” NPR

Political viewpoints are often compared to left and right sides of the political spectrum. However, politicians who are moderate in their views may be described as being in the middle of the road, as if all political views are spread across a roadway going forward in an election. In another set of metaphors, we describe the difference in election results as being measured across a gap or physical distance. Thus we have the differences described as an edge of a sharp blade or a small margin, elsewhere as being slim, narrow, or razor thin. 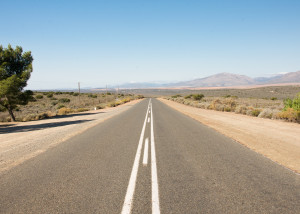 middle of the road

Example: “Her real strength was with middle-of-the-road Democrats — but unfortunately for her, that share had significantly dropped. This year, just 28 percent of voters identified themselves as moderates, down 12 points from 2008. She had a 23-point edge over Sanders with that bloc, though.” NPR

Example: “Trump was just narrowly their second choice with 22 percent. But it was Rubio who performed much better than expected to get 21 percent of the evangelical vote.” NPR

Example: “’We lost (the nonwhite vote), but that gap is growing slimmer and slimmer between the secretary and myself. I think you’ll find as we get to South Carolina and other states, that when the African-American community, the Latino community, looks at our record, looks at our agenda, we’re going to get more and more support,’ Sanders told Cuomo on ‘New Day.’” CNN

Example: “Instead, her margin of victory over Sanders was vanishingly small.” NPR 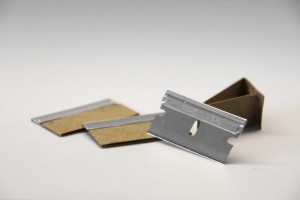 Example: “Hillary Clinton declared victory early Tuesday morning in a razor-thin contest against Bernie Sanders in Iowa. But Democratic party officials have not yet declared a winner.” CNN

It never ceases to amaze me how often we use metaphors when we talk about politics. These two articles describing the results of the Iowa caucuses demonstrate how common these metaphors are. I look forward to hearing what other metaphors are used as we go through the wild and crazy primary season leading up to the 2016 presidential elections.

Next time: More metaphors from the Republican and Democratic primaries.