Two recent articles on Donald Trump in Time magazine illustrate the ubiquity of metaphors of fighting, battles, and war in American politics. Sadly, just as I was working on this blog post about violent metaphors, violence erupted at a Trump rally in Chicago on Friday, March 11. It never ceases to amaze me that politicians treat their profession as a boxing match.   These two articles include a long piece by David Von Drehle entitled “Destination Unknown: As Donald Trump piles up GOP delegates, the nations braces for a very difficult 2016” (March 14, 2016, pp. 34-39), and a shorter piece by Alex Altman entitled “Donald Trump: Tribal Warrior” (March 14, 2016, pp. 40-43). The examples below are taken from the print articles and are labeled as being written by David Von Drehle [DVD] or from Alex Altman [AA]. Italics are mine.

Here in no particular order are a dizzying array of battle metaphors in these two articles.

Boxing metaphors are some of the most commonly used types of figurative language in politics. In this case, we see examples of lightweight versus heavyweight boxing weight classes.  We also talk about throwing punches, beating an opponent, or stopping the bleeding after a fight. An opponent beaten badly may be fighting for his or her life.

Judo is one of many different types of martial arts. One way of defeating an opponent in this sport is to do a judo-flip and pin the other person to the ground. In ancient Rome, fighters called gladiators fought each other and wild animals to the death. 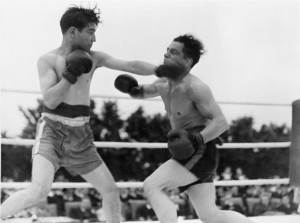 Example:  “’The reason their punches don’t land is they’re being thrown in a world that’s dying,” says former House Speaker Newt Gingrich, who says Trump may ultimately prove to be ‘the most effective anti-left candidate of our times.’” [AA, p. 43]

Example:  “A new Justice Department team might reopen the matter, he implies, “so she is literally fighting for her life” in her effort to beat Trump.” [DVD, p. 39]

Example:  “Their jobs, their futures, are bleeding away to ‘Mexico, China, India, Vietnam, Thailand’–Trump ticks through the list at his rallies.” [DVD, p. 39]

Example:  “He is, they acknowledge, a force like no other: an utterly unpredictable candidate who has judo-flipped the entire political apparatus.” [DVD, p. 39] 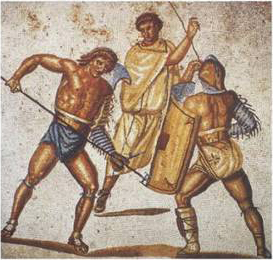 Military metaphors are also very common in politics.  We can talk about sharpening a weapon, and having a military strategy of dividing and conquering smaller nations. Armies can go on the offense when starting a war while local people may rise up and fight by bringing torches and homemade weapons to a battle.

In occupied countries during a war, local people who fight back against the occupiers are called resistance fighters, while all soldiers and fighters fight against the invaders, and may have to fight in hand-to-hand combat, referred to in Spanish as fighting mano a mano. One of the most famous resistance fighters in history was the Scottish warrior William Wallace who fought against the British in the 13th century.  He was referred to as Braveheart in a popular 1995 Mel Gibson film of the same name. Invading armies can also harm or kill civilians in what as known as dragooning, based on the name of 17th century French soldiers.

During a war, armies decide how to defeat their enemies by assigning targets for their guns and bombs, and they attack their enemies. They may also burn the buildings and property of their enemies or putting them into flames. Metaphorically a word meaning to cause widespread disruption and damage to a process is called being inflammatory . At the end of a battle or a long war there is often vast destruction of lives and property. This is known as carnage. Finally, smaller wars between tribes instead of countries leads to the metaphors of tribal warriors who fight for their side in a war. These types of wars may be described as an us-against-them problem. Wars always have hidden threats and dangers for local citizens which may create fearful tribes. 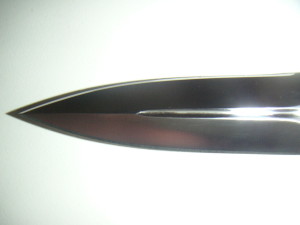 Example:  “The party bosses didn’t spot the torches on the horizon because they live comfortably cushioned from the concerns of Trump’s tribe.” [AA, p. 43] 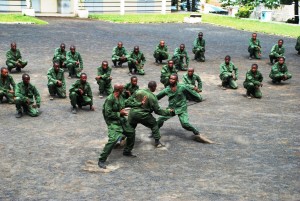 Example:  “What about those stop-Trump schemes? Tim Miller, a Bush spokesman turned resistance fighter, made like Braveheart on Super Tuesday. ‘The fight to stop Donald Trump from getting the nomination is intensifying regardless of tonight’s outcome,’ he declared. Cruz suggested it was time for Trump’s other rivals to drop out and let him go mano a mano.” [DVD, p. 38] 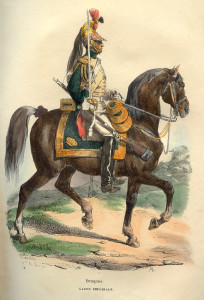 Example:  “Democrats have been stockpiling research and conducting polls on Trump since last summer, according to sources, and they are studying Cruz and Rubio as the Republican rivals test-drive attacks ranging from the size of Trump’s hands to the mysteries of his unreleased tax returns. They promise a long barrage of attack ads and negative messages in summer and fall, bristling with Trump’s most inflammatory moments, in hopes of motivating Democrats to go to the polls. Meanwhile, Clinton will float above the carnage, they predict, inviting independent women and even Republicans to join her bid for history.” [DVD, p. 39]

Example:  “Trump’s eagerness to be inflammatory on issues like deporting Mexicans and creating a registry for Muslims will drive that number higher, she predicts.” [DVD, p. 39]

Example:  “On the campaign trail, he leans on stereotypes to explain the world, in ways both inflammatory and complimentary.” [AA, p. 41] 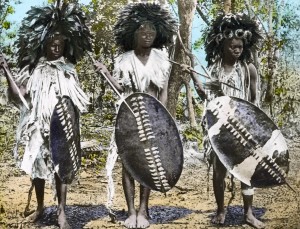 tribal warfare, us against them, enemies

Example:  “But nobody does tribal warfare like Trump. ‘It’s us-against-them politics,’ says Roger Stone, a Republican consultant and former Trump adviser. ‘You define yourself by who your enemies are.’” [AA, p. 41]

Example:  “Now the same knack for divisive rhetoric could tear the Republican Party in two, leaving Trump as the commander of a new tribe, a coalition of the disaffected.” [AA, p. 41]

Example:  “But there is no tribe Trump condemns more than the political elites, both Democratic and Republican.” [AA, p. 43]

Example:  “This theme, of the hidden threat lurking in our midst, is part of what makes Trump a fitting prophet for a fearful tribe.” [AA, p. 43]

As I said, it is always amazing to see how we speak of American politics with such violent metaphors. It is not surprising that real violence sometimes erupts in the political process. I hope that the recent rise in hateful rhetoric is short-lived and politicians and their supporters can revert to more civil and respectful discourse.

Next Time:  More metaphors in the news