Donald Trump was inaugurated as the 45th president of the United States this past weekend.   He delivered a short 16-minute speech. It was not the normal inaugural address. Most new presidents make efforts to unite the country and outline the goals of their term.   These addresses also normally include some soaring rhetoric rich in metaphors to try to inspire the American public to follow the president’s new agenda. This address was surprisingly negative in tone. I looked back at Donald Trump’s acceptance speech at the Republican convention in July of 2016. That speech was much longer and was more positive in tone. This speech was apparently written largely by two of Trumps closest advisors, Steve Bannon and Stephen Miller, who are known for their conservative approaches to politics. Most journalists were surprised and confused at how negative the speech was. George Lakoff published a very unflattering summary of the speech and Donald Trump’s politics on his blog at georgelakoff.com.  You can read the transcript of the speech here.

In any case, the speech is very interesting in its rhetorical style and the limited numbers of metaphors that were used. First, allow me to summarize some of the rhetorical strategies used in the speech. The speechwriters included a dystopian background, hyperbolic descriptions and deliberate repetition. As always, the examples below are taken directly from the speech. Some quotes are repeated if they contain more than one examples of a rhetorical style or a metaphor. Italics are mine.

Trump provides a very grim description of the United States, and uses words and phrases normally associated with violence, crime and death. He talks about people being trapped like animals, empty factories looking like tombstones, with gangs and drugs stealing lives and robbing people of their potential. Meanwhile, our infrastructure fallen into decay, and the wealth of the middle class is ripped from their homes. He also describes other countries as ravaging our borders, stealing our companies and destroying our jobs.

Example: “But for too many of our citizens, a different reality exists: Mothers and children trapped in poverty in our inner cities; rusted-out factories scattered like tombstones across the landscape of our nation; an education system flush with cash, but which leaves our young and beautiful students deprived of knowledge; and the crime and gangs and drugs that have stolen too many lives and robbed our country of so much unrealized potential.”

Example: “… America’s infrastructure has fallen into disrepair and decay.”

Example: “The wealth of our middle class has been ripped from their homes and then redistributed across the entire world.”

Example: “We must protect our borders from the ravages of other countries making our products, stealing our companies, and destroying our jobs.”

Needless to say, these types of hyperbolic descriptions do not paint a picture of a successful society. Rather, these terms describe a dystopian society on the road to ruin. In the middle of these descriptions, Trump summarized the society as “American carnage.” The term carnage is an especially violent connotation. The word is derived from the Latin word for flesh or meat. The word carnage literally means the slaughter of animals, and is most commonly used to describe a scene of many people being killed such as soldiers on a battlefield, or victims of a bombing. George Lakoff provides even more details about this term in his recent blog post. Nonetheless, Trump tries to explain how he can stop the carnage and provide a “glorious destiny” for all Americans.

Example: “This American carnage stops right here and stops right now. We are one nation — and their pain is our pain. Their dreams are our dreams; and their success will be our success. We share one heart, one home, and one glorious destiny.”

President Trump uses repetition of words and phrases very effectively to emphasize some of his main points. He claims that Americas have one heart, one home and one destiny. In his line about American carnage, instead of saying “the carnage stops right here and now” he repeats the word stop for effect. In another example, instead of saying he will bring back our jobs, borders, wealth and our dreams, he repeats the phrase bring back. Finally, to finish the speech with a bang, he repeats the phrase “We will make America _________ again” filling in the blank with many different adjectives describing the new country he hopes to create.

Example: “Together, We will make America strong again.

We will make America wealthy again.

We will make America proud again.

We will make America safe again.

And yes, together, we will make America great again. Thank you. God bless you. And God bless America.”

In addition to these rhetorical strategies, President Trump uses a few metaphorical expressions to explain some of his goals for the country.

As mentioned many times in my blog posts, it is very common for politicians to describe the United States as a person, as if the country is one person, or if all the American citizens collectively are one person. Other countries act as a single person as well. So other countries are described as stealing our companies and destroying our jobs. At the same time, the United States will face challenges and confront hardships. Trump also claims that we share one heart and one home, and we will seek friendships with other countries.   In the end, America will be strong again.

Example: “We must protect our borders from the ravages of other countries making our products, stealing our companies, and destroying our jobs. Protection will lead to great prosperity and strength.”

Example: “Together, we will determine the course of America and the world for years to come.

We will face challenges. We will confront hardships.” 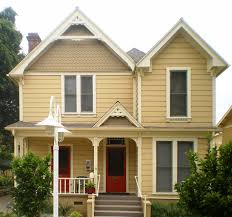 Example: “We will seek friendship and goodwill with the nations of the world — but we do so with the understanding that it is the right of all nations to put their own interests first.”

Example: “Together, We will make America strong again.”

Following the logic of the personification metaphors, if a country steals something from the United States, the obvious question is if we can get it back. In a previous post on Donald Trump’s Streetball Rhetoric, I found that Trump sometimes thinks of politics as a street basketball game. In some cases, the person who brought the basketball to the game goes home and takes the ball with him. In those cases, the remaining players are hoping that the person can bring the ball back so they can continue the game. Similarly, Trump claims he can bring back what was taken from us, such as bringing back our jobs, our borders, our wealth and our dreams. 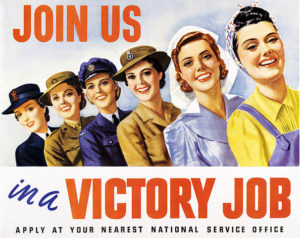 I do not believe I have ever had to explain a metaphor of death. In a strangely dark simile, Donald Trump compares abandoned factories to tombstones. 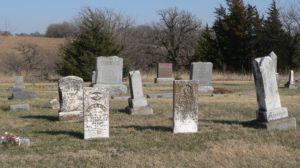 Example: “But for too many of our citizens, a different reality exists: Mothers and children trapped in poverty in our inner cities; rusted-out factories scattered like tombstones across the landscape of our nation…”

I have also mentioned many times that politicians use metaphors of building a new America. However, I could only find one example of this type of metaphor in Trump’s speech. In this example, we find a serendipitous pairing of the literal meaning of building with the metaphorical building. Enjoy!

Example: “We will build new roads, and highways, and bridges, and airports, and tunnels, and railways all across our wonderful nation. We will get our people off of welfare and back to work — rebuilding our country with American hands and American labor.”

Politicians also talk about having a vision for the future when they give important speeches.   I could only find two brief examples of these vision metaphors, looking to the future and having a new vision to govern the country. 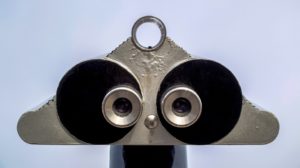 Example: “But that is the past. And now we are looking only to the future. We assembled here today are issuing a new decree to be heard in every city, in every foreign capital, and in every hall of power.”

Example: “From this day forward, a new vision will govern our land.”

Metaphors of sailing boats or ships are very colorful and powerful in a political speech. They have a sense of grandeur, great movement, and global implications. Trump uses two clever examples of sailing metaphors including saying that our factories have left our shores and our confidence has disappeared over the horizon as if they were large ships that recently set sail around the world. Instead, he wants to determine the course of America as if he is starting on a new sailing journey.

Example: “We’ve made other countries rich while the wealth, strength, and confidence of our country has disappeared over the horizon.”

Example: “Together, we will determine the course of America and the world for years to come.”

Finally, another of the most powerful political metaphors are journey metaphors. These metaphors also connote movement, power and progress. Strangely, there were not many examples of these metaphors, only one negative example and one positive example. Trump contends that many American workers have been left behind, as if the country has gone on a journey without them. And yet, he also maintains that America is unstoppable as if it is a powerful train. 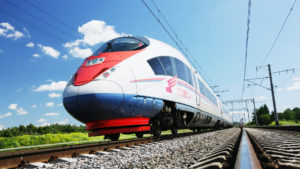 It is difficult to judge the rhetorical and metaphorical power of a speech that only lasted 16 minutes. Clearly, President Trump is going to speak and act completely differently than any previous president. I am looking forward to more detailed speeches from Donald Trump where we can learn more of his policies and vision for the future and, if the United States is truly in a dystopian condition, he can lead us to a brighter future.