Hello! Anyone watching TV or reading the newspapers lately has no doubt seen the huge battle going on in Washington D.C. over healthcare. Barack Obama and the Democrats managed to pass the Affordable Care Act during his tenure as president. The Republicans promised for seven years to “repeal and replace” the so-called Obamacare as soon as they were in the office. Now, however, even though the Republicans control the White House, the Senate and the House of Representatives, they have not been able to pass any new legislation to replace Obamacare. Several different versions of a new health care bill have been presented but they have all been defeated by either the House or the Senate. This past week, the latest version was voted down, in part because of three Republicans who voted against it, including a dramatic “thumbs down” vote by John McCain at the last minute.

Readers of this blog may have also noticed that there has been a bewildering variety of metaphors used to describe this process. Here are a few that I have been watching in the past few weeks. I list them here by conceptual metaphor with one or two examples of each. The sources for each quotation are included in the descriptions and explanations as a hyperlink. Italics are mine.

One of the most unusual metaphors to describe the latest health care bill was calling it the skinny repeal version, implying that it was a thin version of an earlier more comprehensive bill. We tend to describe people (or animals) as being skinny, normal or fat (more politely heavy) thus we can metaphorically use descriptions of body shapes to describe the thickness of a legislative document. Here is a headline from the New York Post.

We often use our experiences with food to describe abstract processes, such as something being bitter or sweet. Some writers at the Daily Beast have described the Republican healthcare bill as being all vinegar, no honey since it seemed to be taking health care away from millions of people while increasing premiums on those who do have insurance – nothing sweet about it, only a sour taste. 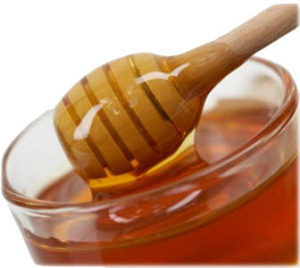 Journey metaphors are very common in political speeches, and they also appear in headlines and articles about political processes. In one case, a headline in the Washington Examiner describes health care reform as being off to a rocky start, as if it is a person walking on an uneven rocky path instead of a smooth walkway. In another example from Fox Business News, Senator Ted Cruz argued that he could bridge the gap between warring factions of the Republican Party as if he could making a connecting bridge between two distant parts of a road. 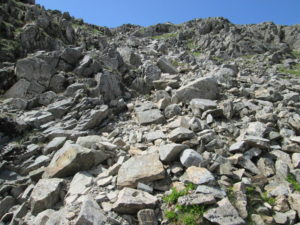 Example: Bipartisan healthcare reform off to a rocky start in the Senate

We often describe creating processes as if they are buildings we are constructing. Conversely, when processes do not work, we can describe them as if these buildings are collapsing or falling apart. Recent headlines at politico.com and cnn.com refer to these two processes.

When a machine is not working properly, we must make efforts to fix it. Metaphorically, we can also fix any process that is not working out well. Political writers and pundits commonly refer to legislative processes as fixing health care. Here is one example from the Atlantic magazine. Also, if a machine or engine is broken beyond a simple repair, we may need to totally overhaul it, taking it all apart and putting it back together again. An article at cnn.com refers to the Republican efforts to replace Obamacare as overhauling it.   Finally, when the gas mixture in an engine is not regulated correctly, it may backfire or produce a loud bang from the exhaust system. Metaphorically, when an effort to do something completely fails, we may say that it backfires. An article in the Daily Beast describes Donald Trump’s efforts to repeal and replace Obamacare as having backfired.

Example: “We should not put our stamp of approval on bad policy,” Moran said in a bold statement that derailed Majority Leader Mitch McConnell’s bid to overhaul the Affordable Care Act.

In chemistry, one way to test whether an element is an acid or a base is to put a small solution on a piece of special paper called litmus paper. This procedure is called a litmus test. Metaphorically, any process that determines if something will be successful may be called a litmus test. A recent NBC News story describes the efforts of the Democrats to retain Obamacare as federal law as a litmus test. In physics, the amount of force exerted upon an object is called pressure. We can talk of air pressure, barometric pressure, etc. Metaphorically, the power for a group of people to influence other people can also be called pressure. The Press Herald newspaper in Maine describes how the Maine senator, Susan Collins, withstood the pressure of her fellow Republicans to vote against the health care bill.

Boxing: round one, slam

Sadly, we also describe many aspects of the political process as if the politicians are fighting each other in a boxing ring. Most boxing matches last a total of 15 rounds. The preliminary battles between two opponents are often called round one. An article at cnn.com describes the defeat of the health care bill as a loss for Donald Trump in round one. Several weeks ago, an article in USA Today even described the diplomatic Bernie Sanders as slamming the Republican version of the health care bill.

Example: Health care defeat confirmed it: Trump has lost round one

Even more violent metaphors can be found in military descriptions of political processes. An article at msnbc.com described how the health care bill was killed, while in an article in the New York Post, the authors describe the health care repeal process as a dead issue.   Other writers describe the process in terms of explosions or cannon fire. CNN describes President Trump as blasting the Senate rules that contributed to the defeat of the Republican bill, while a story at politico.com reports that Trump himself claims he wanted Obamacare to implode. Finally, another CNN story claims that the Senate has torpedoed the heath care bill.

Example: President Trump hasn’t given up on health care reform — even though the Senate’s GOP leader say [sic] it’s a dead issue for now. 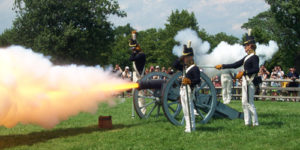 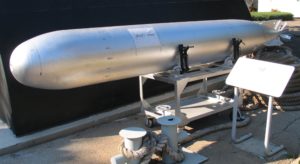 Last but not least, we find a metaphor derived from the name of a popular 1960s TV show called the Twilight Zone. In the TV show, the title referred to the time between day and night when normal rules of science are twisted into bizarre or unexpected occurrences. The term was originally was used as early as 1909 to describe the time between lightness and darkness when nothing could be seen clearly. Metaphorically the twilight zone refers to a situation in which normal social rules do no apply. Several articles reported that Missouri senator Claire McCaskill referred to the healthcare reform process as being in the twilight zone.

Example: “We’re in the twilight zone of legislating,” Democratic Sen. Claire McCaskill of Missouri said Thursday of the GOP’s strategy.

As you can see, one political process may be described with a wide variety of conceptual metaphors. These examples offer more proof that the use of metaphors is a normal part of human cognition, not a specialized type of language. As always, comments, questions or additional examples are welcome. Thanks for reading!