Following last week’s post, I continue today to add another analysis of the metaphors of Barack Obama’s speeches in response to requests from my readers. On June 4, 2009, President Obama gave a speech in Cairo, Egypt to discuss the challenges of controlling the unrest in the Middle East. The speech may seem a bit dated now, but still reveals many important views of the newly elected president with regard to the Middle East. It also contains a wide variety of metaphors. The examples included today range from metaphors from nature, farming and ranching, music and theater, buildings, personification, physical forces and journeys. The metaphors of physical forces are especially interesting in that Obama uses terms of physical stress and tension to describe the troubles in the Middle East.

All examples are taken directly from the transcript of the speech. Some quotations are repeated if they contain metaphors in several different categories. Italics are mine.

Many political speeches include metaphors from nature due to our close relationship with our environment. In this speech, President Obama uses the metaphors of political movements being born, political tension being rooted in historical forces, while describing separation between religious groups as being in flames, and learning as being a light carried through the centuries. 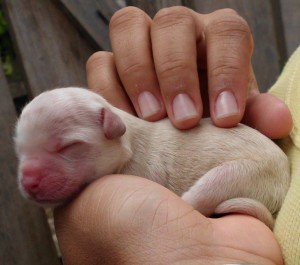 Example: “We were born out of revolution against an empire. We were founded upon the ideal that all are created equal, and we have shed blood and struggled for centuries to give meaning to those words — within our borders, and around the world.”

Example: “That is the world we seek. But we can only achieve it together. 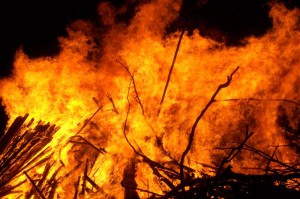 Example: I know there are many — Muslim and non-Muslim — who question whether we can forge this new beginning. Some are eager to stoke the flames of division, and to stand in the way of progress.”

Example: “As a student of history, I also know civilization’s debt to Islam. It was Islam — at places like Al-Azhar — that carried the light of learning through so many centuries, paving the way for Europe’s Renaissance and Enlightenment.”

Humans have long controlled their environments by raising crops and animals. President Obama describes hatred as something that can be sown like seeds on a farm, while extremist violence breeds fear and mistrust like ranchers breed animals, and tension is fed by colonialism like ranchers feed their animals.

Example: “So long as our relationship is defined by our differences, we will empower those who sow hatred rather than peace, those who promote conflict rather than the cooperation that can help all of our people achieve justice and prosperity.”

Example: “The attacks of September 11, 2001 and the continued efforts of these extremists to engage in violence against civilians has led some in my country to view Islam as inevitably hostile not only to America and Western countries, but also to human rights. All this has bred more fear and more mistrust.” 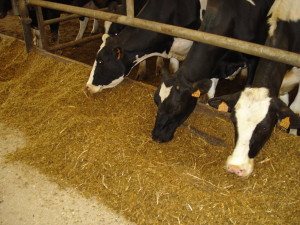 Example: “More recently, tension has been fed by colonialism that denied rights and opportunities to many Muslims, and a Cold War in which Muslim-majority countries were too often treated as proxies without regard to their own aspirations.”

Comparisons are often made between politics and theater or music. In this case, politicians and countries can play a role in fulfilling Palestinian aspirations while there is musical harmony between traditions and progress. 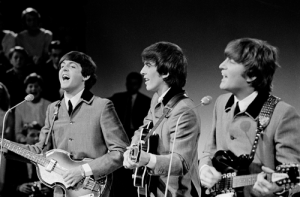 Example: “I am honored to be in the timeless city of Cairo, and to be hosted by two remarkable institutions.   And together, you represent the harmony between tradition and progress.”

Example: “To play a role in fulfilling Palestinian aspirations, to unify the Palestinian people, Hamas must put an end to violence, recognize past agreements, recognize Israel’s right to exist.” 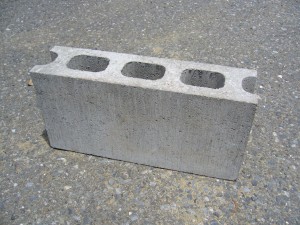 Example: “We are taking concrete actions to change course. I have unequivocally prohibited the use of torture by the United States, and I have ordered the prison at Guantanamo Bay closed by early next year.” (Applause.)

Example: “Now is the time for Palestinians to focus on what they can build.”

Example: “Although I believe that the Iraqi people are ultimately better off without the tyranny of Saddam Hussein, I also believe that events in Iraq have reminded America of the need to use diplomacy and build international consensus to resolve our problems whenever possible.” (Applause.)

Countries are often seen as people in the type of metaphors known as personification. In this case, President Obama speaks of countries expanding their reach while Americans will not turn their backs on the Palestinians.

Example: “They have affiliates in many countries and are trying to expand their reach. These are not opinions to be debated; these are facts to be dealt with.”

Example: “And America will not turn our backs on the legitimate Palestinian aspiration for dignity, opportunity, and a state of their own.” (Applause.)

It is quite striking that the most common type of metaphor used by President Obama to describe the problems in the Middle East are those metaphors of physical forces. He describes countries being shaped by culture, elevated by a good world order or bonded with other countries. The solidity of physical objects are described in various ways such as bonds which are unbreakable while freedoms are indivisible and beliefs that are unyielding as if they are all made of steel. Governments can also take hold of and maintain power as if they are physical objects. However, the most common metaphor in the entire speech is by far that of tension, used to describe the unrest in the Middle East, as if the countries are objects under tremendous pressure. President Obama used the metaphor of tension a total of nine times.

Example: “We are shaped by every culture, drawn from every end of the Earth, and dedicated to a simple concept: E pluribus unum — “’Out of many, one.’”

Example: “Yet in this new age, such attitudes are self-defeating. Given our interdependence, any world order that elevates one nation or group of people over another will inevitably fail.”

Example: “America’s strong bonds with Israel are well known. This bond is unbreakable. It is based upon cultural and historical ties, and the recognition that the aspiration for a Jewish homeland is rooted in a tragic history that cannot be denied.”

Example: “Moreover, freedom in America is indivisible from the freedom to practice one’s religion.”

Example: “But I do have an unyielding belief that all people yearn for certain things: the ability to speak your mind and have a say in how you are governed; confidence in the rule of law and the equal administration of justice; government that is transparent and doesn’t steal from the people; the freedom to live as you choose.”

Example: “So no matter where it takes hold, government of the people and by the people sets a single standard for all who would hold power: You must maintain your power through consent, not coercion; you must respect the rights of minorities, and participate with a spirit of tolerance and compromise; you must place the interests of your people and the legitimate workings of the political process above your party. Without these ingredients, elections alone do not make true democracy.” 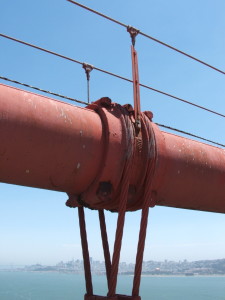 Not surprisingly, President Obama also uses a wide variety of journey metaphors to explain how the Middle East needs to progress from chaos to peace. Some long journeys require studying a road map, and then people need to take steps to start the journey or launch their vehicles as if they are rockets. People who take the journeys need to make sure they are not going down a dead end, or trapped in a certain place; rather they must move forward. They need to go down the correct path, although it may be dangerous. They may also need to understand what brought them to a certain point of the journey before they can continue forward, or find a bridge to a new route.   They may need to look for a beacon in the distance to achieve their goal as if they are on a ship in stormy seas looking for a lighthouse. 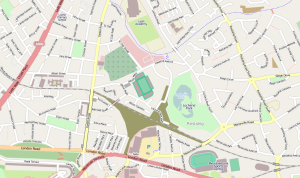 Example: “The obligations — the obligations that the parties have agreed to under the road map are clear. For peace to come, it is time for them — and all of us — to live up to our responsibilities.”

Example: “Progress in the daily lives of the Palestinian people must be a critical part of a road to peace, and Israel must take concrete steps to enable such progress.”

Example: “On science and technology, we will launch a new fund to support technological development in Muslim-majority countries, and to help transfer ideas to the marketplace so they can create more jobs.” 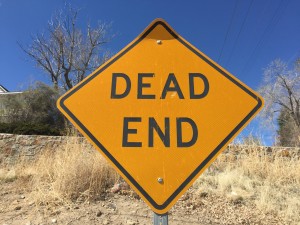 Example: “This same story can be told by people from South Africa to South Asia; from Eastern Europe to Indonesia. It’s a story with a simple truth: that violence is a dead end.”

Example: “Rather than remain trapped in the past, I’ve made it clear to Iran’s leaders and people that my country is prepared to move forward.”

Example: “This is not simply about America’s interests. It’s about preventing a nuclear arms race in the Middle East that could lead this region and the world down a hugely dangerous path.”

Example: “I do so recognizing that change cannot happen overnight. I know there’s been a lot of publicity about this speech, but no single speech can eradicate years of mistrust, nor can I answer in the time that I have this afternoon all the complex questions that brought us to this point. But I am convinced that in order to move forward, we must say openly to each other the things we hold in our hearts and that too often are said only behind closed doors.” 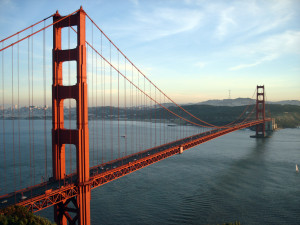 Example: “Around the world, we can turn dialogue into interfaith service, so bridges between peoples lead to action — whether it is combating malaria in Africa, or providing relief after a natural disaster.”

Example: “For over a thousand years, Al-Azhar has stood as a beacon of Islamic learning; and for over a century, Cairo University has been a source of Egypt’s advancement.”

This speech is interesting for several reasons. Historically, it is the only speech I know of given by a sitting U.S. president from Cairo, Egypt. Metaphorically, it contains a wide variety of rich metaphors. While the journey metaphors were not surprising, it is telling that there were many metaphors of physical forces to describe the unrest in the Middle East while the most frequent metaphor of all was that of tension. Sadly, there has not been much progress in the Middle East since this speech in 2009. Even more tension has arisen since the growth of ISIS and the more recent terrorist attacks. I will continue to monitor how metaphors are used to describe the continued acts of terrorism around the world.

Next time:  Back to the campaign trail