This is one blog that I was hoping I would not need to write.  Unfortunately, our dysfunctional Congress has succeeded in shutting down the government.  If you are confused by all the metaphors used by politicians and journalists in the past few weeks, here is a short guide to some of the most common ones, grouped by conceptual metaphor category.

Example:  Some experts blame the Tea Party wing of the Republican Party on the 2013 government shutdown. 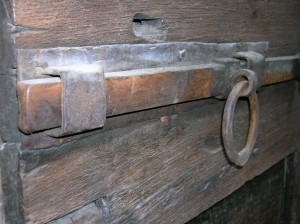 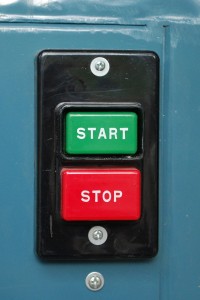 Given the history of the word shutdown, it is not surprising that we also use a metaphorical phrase that the government is closing its doors when there is a shutdown.

Example:  When the government closes its doors, many government agencies and national parks are also closed.

The limit of the amount of debt that the U.S. government can borrow is known as the debt ceiling, as if the debt is a physical amount of cash in a small room that cannot grow higher than the ceiling of that room.

Example:  The U.S. government raised the debt ceiling for many decades without controversy, but it has become an issue of budget negotiations in the past few years.

who will blink first?

A game that is popular among children and young adults is the staring game.  Two people face each other and stare as long as they can at the other person. The first person who blinks loses the game.

Example:  During the political negotiations prior to the shutdown, many people wondered if House Speaker John Boehner would be the one to blink first.

Example:  The shutdown occurred because the Republicans and Democrats were at a stalemate on budget issues. 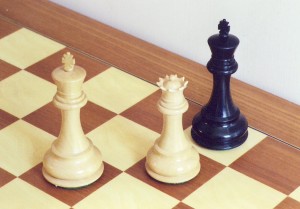 Ping-pong is a popular game in which two players hit a small ball back and forth across a net on a small wooden table.  English speakers sometimes use this  back-and-forth movement to describe fast-changing negotiations or disagreements between two groups of people.

Example:  Prior to the shutdown, Democrats and Republicans ping-ponged different bills back and forth that could have avoided the shutdown.

The term piecemeal is an Old English expression meaning the fixed time to eat a meal.  However, the term now indicates doing something in small measured steps instead of in one large effort.

Example:  The American people have been frustrated with the Congress since they try to solve budget problems piecemeal instead of passing comprehensive legislation. 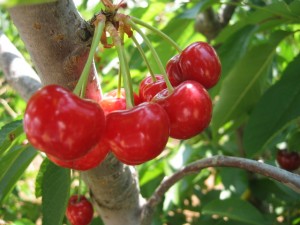 Cherries are fruit that grow on tress in small bunches.  Sometimes they ripen at different rates, so that one has to be careful to pick only the ripe cherries and not those that are still green.  This process of careful cherry-picking is used to describe processes in the government that only apply to one or two problems instead of solving a crisis in a holistic manner.

Example: After the shutdown began, some members of Congress began to cherry pick some government agencies that they wanted to remain open.

Money has long been considered metaphorically as a flowing liquid.  Note the term currency that is derived from the motion of water flowing in a current.  During this most recent budget crisis, the government shutdown meant that it would not pay its employees.  In effect, the cash would stop flowing.

Example:  Unfortunately for many federal employees, their paychecks would be terminated since there would not be any government cash flow during the shutdown. 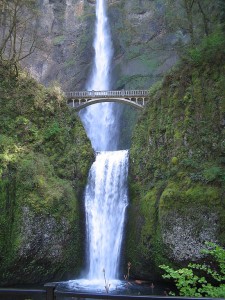 Water freezes at a certain low temperature. We can also say that money which stops flowing is frozen.  We can speak of frozen assets or frozen payments.

Example:  During the shutdown, the U.S. government froze payments on most of its expenditures.

Disturbingly, some of the actions of our members of Congress have been compared to criminal behavior.  For instance, when someone holds another person against his or her will for an extended period of time, this is known as holding the person hostage.  In the latest failed negotiations in Congress, the Democrats accused the Republicans of holding the country hostage by refusing to compromise on the implementation of Obamacare.

Example:  Critics of the Tea Party claim that they are holding the nation hostage so they prevent the Affordable Care Act from going into effect.

a gun to the head

Even more serious is the metaphor of a person holding a gun to someone’s head as if they are about to shoot that person.   Some Democrats have complained that the negotiating tactics of the House Republicans are tantamount to holding a gun to their heads until they agree to their demands.

Example:  Prior to the 2013 government shutdown, Senator Majority Leader Harry Reid said he would not agree to Republican demands with a gun to his head.

no end in sight

Finally, an unusual journey metaphor illustrates the pessimism of finding an easy solution to the shutdown dilemma.  On a long journey, we cannot always see our destination in our field of vision so that it is literally not in sight.  Moreover, during a long journey through a tunnel, we may not be able to see the end of the tunnel.  Combining these two experiences results in the metaphor of having no end in sight, meaning that there is no immediate solution to an ongoing problem.

Example:  As the shutdown continued for several days, journalists reported that there was no end in sight. 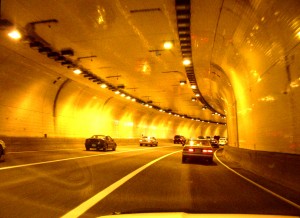