President Obama’s 2nd inaugural address this week was a brilliant example of using metaphors and rhetorical strategies to persuade his audience towards a viewpoint of working together to achieve common goals.  The dominant metaphor used in the speech was a journey metaphor.  However, there were also many other examples of metaphorical expressions including those from the concepts of family, metals and containers. 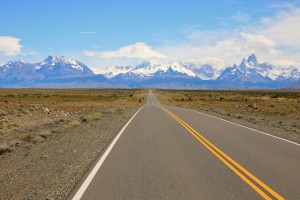 “For we, the people, understand that our country cannot succeed when a shrinking few do very well and a growing many barely make it.”

“We, the people, still believe that our obligations as Americans are not just to ourselves, but to all posterity.”

He went on to repeat the phrase two more times in the speech. Moreover, he used the word together at the start of a new sentence three times in succession to reemphasize the idea of people being united together as one country with a common purpose.

He extended the idea of a national community by using a few metaphors of family.  He referred to gay and lesbian citizens as “our gay brothers and sisters” as if everyone in the United States belonged to one family.  In one other example of a family metaphor, he argued that we as a people inherit our country from those who have bravely fought for it, and that we must maintain peace in our times as an obligation to them.  The metaphorical expressions are in boldface type.

“… we are also heirs to those who won the peace and not just the war, who turned sworn enemies into the surest of friends, and we must carry those lessons into this time as well.”

He used two other conceptual metaphors worth mentioning, the strength of metals and container metaphors.

Bravery and strength are often compared to the strength of metal in metaphorical expressions.  In talking about the strength of the American people, perhaps referring to our reaction to terrorist attacks and gun violence, he stated:

“This generation of Americans has been tested by crises that steeled our resolve and proved our resilience.”

In referring to the armed forces, he compared the bravery of military personnel to a sword being hardened by high heat in the forging process.

“Our brave men and women in uniform, tempered by the flames of battle, are unmatched in skill and courage.”

President Obama also used two container metaphors to show his optimism for the future of the United States.  We often conceptualize abstract ideas as being in boxes.  We may consider a situation as being boxed in, for example, or limited by some imaginary physical constraints.  In talking about America, however, he spoke of the country being limitless, endless and without boundaries as in the section below.

“America’s possibilities are limitless, for we possess all the qualities that this world without boundaries demands:  youth and drive; diversity and openness; an endless capacity for risk and a gift for reinvention.”

The most significant metaphor used in the address – the one noted most frequently in the news this week – was the journey metaphor used throughout the speech.  This is not surprising.  In my analyses of previous inaugural addresses, the idea of a country being on a journey is a very common one.   For example, in his 1997 inaugural address, Bill Clinton said, “Yes, let us build our bridge. A bridge wide enough and strong enough for every American to cross over to a blessed land of new promise.”

President Obama spoke often of a journey and crossing a bridge.

“Today we continue a never-ending journey, to bridge the meaning of those words with the realities of our time.

In one powerful section, he combined the idea of a community of people with people walking together on a journey through history.  He mentioned three historic events in civil rights progress: 1) Seneca Falls, which was the site of a women’s rights convention in Seneca Falls, New York city in 1848; 2) Selma, which was the site of the civil rights march in Selma, Alabama in 1965; and 3) Stonewall, which referred to the Stonewall Inn, the site of early gay rights protests in New York city in 1969.  The listing of these places also provided a nice example of alliteration as a rhetorical device.

“We, the people, declare today that the most evident of truths – that all of us are created equal – is the star that guides us still; just as it guided our forebears through Seneca Falls, and Selma, and Stonewall; just as it guided all those men and women, sung and unsung, who left footprints along this great Mall, to hear a preacher say that we cannot walk alone; to hear a King proclaim that our individual freedom is inextricably bound to the freedom of every soul on Earth.”

Note too that he uses three other journey metaphors in that section:  “the star that guides us still,” those “who left footprints along this great Mall,” and referring back to a line in Martin Luther King’s 1963 “I Have a Dream” speech by saying that “we cannot walk alone.”

President Obama concluded the speech with several powerful repetitions of the phrase, “our journey is not complete,” urging Americans to work together to solve the country’s problems.

Our journey is not complete until we find a better way to welcome the striving, hopeful immigrants who still see America as a land of opportunity; until bright young students and engineers are enlisted in our workforce rather than expelled from our country.  Our journey is not complete until all our children, from the streets of Detroit to the hills of Appalachia to the quiet lanes of Newtown, know that they are cared for, and cherished, and always safe from harm.” 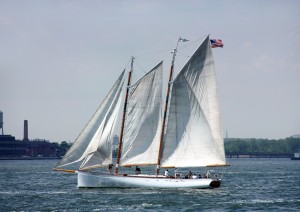 In the final sentence of his speech, he switches from the idea of a road journey to a nautical journey metaphor, referring to the work of the government following a course as if on a ship.  Again, he is emphasizing that the government and the people need to work together.

“You and I, as citizens, have the power to set this country’s course.”

Although some conservative pundits criticized the president’s address for being partisan, most television commentators and American people seemed to applaud President Obama and his speechwriters for his second inaugural address as a valiant attempt to inspire and unify the country.

Next time:  How many parts of government are named after pieces of furniture?