In part three of my analysis of the metaphors used in the president’s State of the Union Address last week, I would like to describe some interesting examples of journey metaphors and those of physical forces.  Starting with the latter first, I find that metaphors of physical forces are some of the most interesting of all.  These are the metaphors such as pushing, pulling, tearing apart, ripping open, etc. In addition to the fact that they support Lakoff and Johnson’s theory that metaphors are created based on physical experiences, these metaphors are some of the most common and colorful of all metaphors.

The most graphic of these metaphors in the speech occurred when the president was talking about gun violence.  Fittingly, he described the effects of gun violence on communities and the family of Hadiya Pendleton with violent metaphors, ripped open and torn apart. 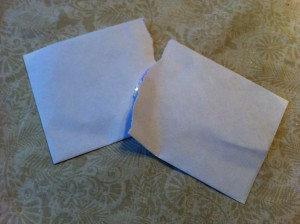 “Hadiya’s parents, Nate and Cleo, are in this chamber tonight, along with more than two dozen Americans whose lives have been torn apart by gun violence. They deserve a vote.”

“The families of Oak Creek, and Tucson, and Blacksburg, and the countless other communities ripped open by gun violence – they deserve a simple vote.”

Other physical metaphors are less violent.  We often speak of making progress in a process as if we are literally pushing or driving it forward.

“Yes, the biggest driver of our long-term debt is the rising cost of health care for an aging population.”

“The good news is, we can make meaningful progress on this issue while driving strong economic growth.”

“Solar energy gets cheaper by the year – so let’s drive costs down even further. As long as countries like China keep going all-in on clean energy, so must we.”

“If a non-partisan coalition of CEOs and retired generals and admirals can get behind this idea, then so can we.”

We may also talk about improving something by boosting it, i.e., by pushing it up from below.  We commonly talk of booster clubs in high schools or rocket boosters.

“Every dollar we invest in high-quality early education can save more than seven dollars later on – by boosting graduation rates, reducing teen pregnancy, even reducing violent crime.”

We also use metaphors based on pulling actions especially when we talk about troops in a war being pulled back or drawn down.

“Tonight, I can announce that over the next year, another 34,000 American troops will come home from Afghanistan. This drawdown will continue. And by the end of next year, our war in Afghanistan will be over.”

“Indeed, much of our new-found energy is drawn from lands and waters that we, the public, own together.”

“We will draw upon the courage and skills of our sisters and daughters, because women have proven under fire that they are ready for combat.”

Finally, one other example of a physical forces metaphor is the smallest of all physical movements – budging. In the following example, once again, President Obama sets up a nice dichotomy of a high energy metaphor with a low energy metaphor.

As mentioned in a previous post on the inaugural address, President Obama used many journey metaphors in that speech.  In the State of the Union Address, he again uses a few of these.  Every journey begins with leaving the house.  We use many metaphors of opening doors implying a new opportunity or a new chance to achieve a goal. Moving up in society may also be described as climbing a ladder.

“It is our unfinished task to make sure that this government works on behalf of the many, and not just the few; that it encourages free enterprise, rewards individual initiative, and opens the doors of opportunity to every child across this great nation.”

“And that is why we need to build new ladders of opportunity into the middle class for all who are willing to climb them.”

In a more common metaphor, the president spoke of the country moving forward  as if the entire country was on a journey.

“For they know that America moves forward only when we do so together; and that the responsibility of improving this union remains the task of us all.”

Journeys are measured by the start, halfway point and completion dates. Metaphorically, a project or process can be described as being halfway completed.

“As a result, we are more than halfway towards the goal of $4 trillion in deficit reduction that economists say we need to stabilize our finances.”

Some journeys are taken on wide highways; others are taken on narrow, focused paths.  The correct way to achieve a goal may be described as a path or pathway.  We may also take very short journeys by being in a line at a grocery store or government office.  Being in back of a line means that one is patiently waiting one’s turn. 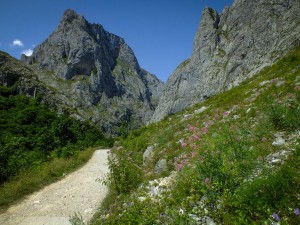 “Real reform means establishing a responsible pathway to earned citizenship – a path that includes passing a background check, paying taxes and a meaningful penalty, learning English, and going to the back of the line behind the folks trying to come here legally.”

There were also two examples of sailing metaphors as if the country were on a sailing journey.  Ships need lighthouses or beacons to keep from crashing on the rocks of unknown shores; they also need to stay on course or else they will drift into trouble. People who are not fast enough to board a ship or train may be left behind.

“Above all, America must remain a beacon to all who seek freedom during this period of historic change.” 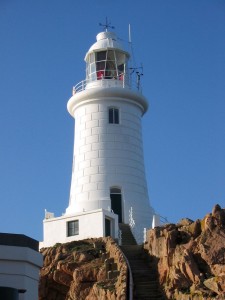 “The greatest nation on Earth cannot keep conducting its business by drifting from one manufactured crisis to the next.”

“Energy to turn regions left behind by globalization into global centers of high-tech jobs.”

“A growing economy that creates good, middle-class jobs – that must be the North Star that guides our efforts.”

P.S. One final metaphor I must mention was probably the most powerful one in the entire speech, but I am not quite sure how to categorize it.   President Obama described the bravery of the police officer, Brian Murphy, who was the first responder at the terrible shooting at the Sikh temple in Wisconsin last year.  He helped rescue the people in the temple even though being shot twelve times.

“When asked how he did that, Brian said, ‘That’s just the way we’re made.’”

The implication in the metaphor is that Americans are made a special way, as if they are created in a special forging process in a factory.  The metaphor also implies an extraordinary standard of bravery or fortitude created in this forging process.  Officer Murphy and countless other police officers, firefighters and correctional officers exhibit this extraordinary bravery every day on the job, and they deserve our thanks.

Next time: Metaphors of Literature!