In my last post, I explained several of the most confusing literal terms and phrases in the health care debate.  In today’s post, I will describe some of the common metaphors used in the policy descriptions of the Affordable Care Act. 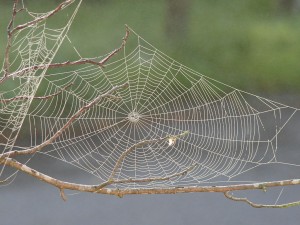 I am sure no one considers the word website to be a metaphor, but it is actually a metaphor from the world of insects.  When the Internet was first invented, it was called the World Wide Web, comparing the computer connections around the world to the many strands of a spider’s web.  Now we don’t even talk about a “place” on the World Wide Web as anything other than a website.

Example:  Critics of Obamacare complained that the website was not working properly when they started the enrollment procedures on November 1, 2013.

Example:  Some people with Medicare will have expanded health care coverage under Obamacare.

A person on a ship or aircraft who controls its direction is known as a navigator.  Metaphorically, in the new Obamacare program, the people who help the public choose and enroll in a new health care plan are also called navigators.

Example:  At the website healthcare.gov, a navigator is defined as a “An individual or organization that’s trained and able to help consumers, small businesses, and their employees as they look for health coverage options through the Marketplace, including completing eligibility and enrollment forms.” 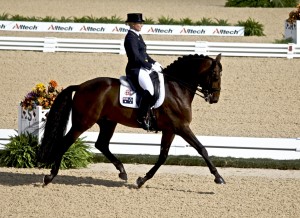 A person who controls a horse or who operates a motorcycle or bicycle is called a rider.  In the world of insurance, a rider is a clause added to a current policy to provide additional coverage for a specific set of circumstances.  So-called exclusionary riders can be written to exclude people from having health care because of previous health problems.

Example: One of the main benefits of Obamacare is that insurance companies can no longer write exclusionary riders to policies denying people health care because of preexisting conditions.

Metaphors based on family members are common in politics and history, such as George Washington being referred to as the father of our country, or the sisterhood of female Senators in Congress.  The concept of grandfathering is common in many company and government policies.  It dates back more than 100 years to the time when black voters were exempt from voting restrictions (later ruled unconstitutional) if their ancestors had voted before the civil war.  In modern times, a grandfather clause exempts employees or other persons from being subject to new rules that are taking place.

Example:  According to the glossary of healthcare.gov, grandfathered is defined as follows:  “As used in connection with the Affordable Care Act: Exempt from certain provisions of this law.”  https://www.healthcare.gov/glossary/grandfathered/ 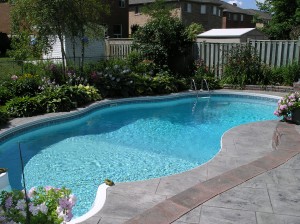 A pool is a small body of water.  Originally it referred to small, enclosed inlets or bays near a larger body of water.  More commonly today we think of the term referring to a swimming pool in a backyard or community center.  Metaphorically, the term pool refers to a collection of money in a betting game or poker match.  It can also refer to the amount of genetic material available in a certain population, a phenomenon known as a gene pool.  In insurance, a pool is a group of people who share the same health care policies.  Consumers can save money by belonging to a large pool of people whose premiums keep the costs low for everyone who has the same policy.

Example:  The Affordable Care Act provides an opportunity for people to purchase a high-risk pool plan if they have preexisting conditions and require more health care than the average person.

Donuts are a very popular breakfast item all over the world. Some donuts are solid while others are made with a hole in the middle.  The idea of a donut hole is used metaphorically in some cases to indicate a gap in insurance coverage. 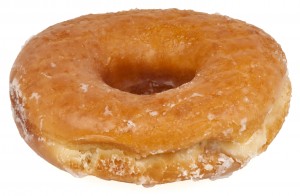 Example:  According to the website healthcare.gov, “Most plans with Medicare prescription drug coverage (Part D) have a coverage gap (called a “donut hole”). This means that after you and your drug plan have spent a certain amount of money for covered drugs, you have to pay all costs out-of-pocket for your prescriptions up to a yearly limit. Once you have spent up to the yearly limit, your coverage gap ends and your drug plan helps pay for covered drugs again.” https://www.healthcare.gov/glossary/donut-hole-medicare-prescription-drug/

Next time:  Obamacare, Part 3:  “Rollouts,” “Fixes” and other Media Metaphors