I was raking leaves in my yard last weekend and a flock of Canadian geese flew over my head.  It was a perfect autumn moment with crisp temperatures, blue skies, golden leaves on the ground and the geese flying overhead in a V formation.  However, the V looked more like the Verizon logo since there were five geese on one side of the V and about 20 on the other side.  Come to think of it, they weren’t even flying south.  It was more like north by northwest.  Hmmm.  I wonder if they had to go back to Canada to say their goodbyes?  Did Bob forget his wallet?  Did Sally leave the iron on?  Was there a goose convention in Seattle?

Anyway, those wonderful geese reminded me of the many colorful metaphors we have from collective experiences with our feathered friends.  Not only are they a common part of everyday experience, they also possess many qualities of strength and speed that we admire.  Saying something is “for the birds” means that it has little value or importance.  Even though many metaphors are derived from the qualities of birds, metaphors are definitely not “for the birds!” 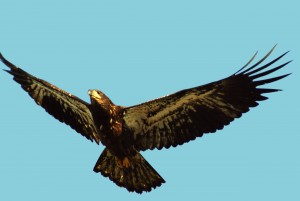 Example: The conservative wing of the church is searching for its own presidential candidate.

Example: A young candidate is waiting in the wings for his chance to run for office.

Birds must keep their feathers in neat order so they can fly well; if their feathers are ruffled or in disorder, they won’t be able to fly.  To ruffle someone’s feathers is to cause them to become upset about something.

Example: The candidates must be careful not to ruffle the feathers of the voters.

The flying ability of birds is used to describe high prices or increased activity.

Example: Consumers are worried about soaring prices for food and gasoline.

A baby bird is called a fledging.  In politics, a new project or government is also referred to as a fledgling.

Example: Pakistan is considered to have a fledgling democracy. 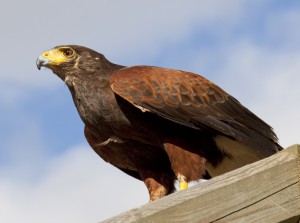 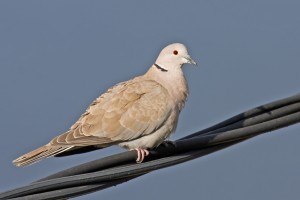 Hawks are fast flying predatory birds that kill small animals for food; doves are quiet, peaceful birds with white feathers.  Politicians are called hawks if they support policies leading to war, doves if they support peace.

Example: The war hawks in Congress are trying to pass bills to increase spending on military weapons.

Example: The doves in Congress are working to promote diplomacy and world peace. 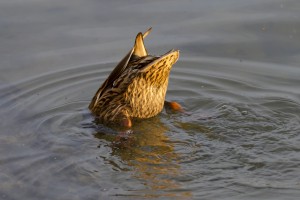 A duck is a bird that lives in the water and submerges or ducks its head under water to catch fish.  If a politician ducks an issue, this means he or she is not dealing directly with the problem.

Example: When the senator answered, “No comment,” the reporters were frustrated that he ducked the question.

When is duck is injured, or lame, the bird can no longer fly.  A so-called lame-duck president is one who is no longer doing his duties as a president.

Example: George W. Bush was considered a lame-duck president towards the end of his second term in 2008 after Barack Obama was elected.

Example: There was a gaggle of young Democrats at the latest party fundraiser.

Example: The voters flocked to the candidates’ public appearances prior to the election.

Example: The president is surrounded by a covey of close advisors. 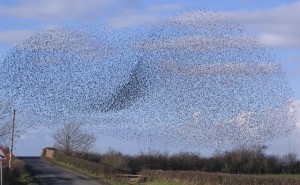 Next time: Planes, Trains and Automobiles