This is one of the busiest weeks of the year for travel in the United States.  Millions of Americans are traveling to visit families and friends for the Thanksgiving holidays.  With a nod to John Hughes’ wonderful 1987 movie Planes, Trains and Automobiles, I would like to share some metaphors derived from our experiences with vehicles. 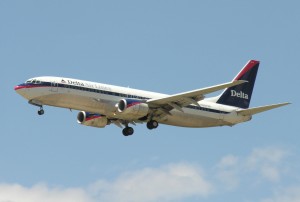 When a pilot is learning to fly, one of the first major steps is to fly without a trainer.  This is known as flying solo.  In politics, when a candidate or veteran lawmaker does not agree with the general policies of his or her party, we may say that the person is flying solo.

Example: In the 2012 election, Mitt Romney proved to be more moderate than the Republican Party platform, so he had to fly solo on several issues such as abortion and healthcare.

In the early 1800s, theatrical troupes put on plays in barns for local communities.  This was known as barnstorming.  The term took on a new meaning in the early 1900s when pilots with newly invented airplanes crisscrossed the country putting on air shows for small communities. In politics, candidates who visit all parts of the country giving campaign speeches may also be described as barnstorming.

Example: Both Mitt Romney and Barack Obama barnstormed the country in the summer of 2012 trying to win votes for the November election. 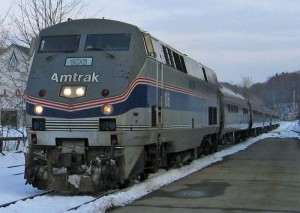 Early trains were powered by steam created in huge boilers in the locomotive.  When a train moved forward and starting moving faster, this was sometimes called picking up steam.  Metaphorically, any activity that increases in intensity or popularity may be described as picking up steam.

Example: Beginning in Tunisia in 2010, public protests against their governments picked up steam and led to a wide series of uprisings in North Africa and the Middle East now known as the Arab Spring.

A freight train is a long series of train cars carrying heavy cargo.  A freight train can be more than a mile long and weigh several thousand tons.  It is almost impossible to stop quickly.  Figuratively, a freight train is any effort, process or project that is so successful it is difficult to stop.

Example: Although John McCain and Sarah Palin had millions of supporters in the 2008 election, no one could stop the Obama-Biden freight train because of the frustration with the previous Bush administration and the popularity of Barack Obama.

Trains can only travel on a long series of metal tracks or rails around the world.  When a train has an accident and leaves the tracks, this is known as a derailment.  Metaphorically, any process that takes a new direction or fails in some manner may be described as being derailed.

In rare cases, a train will not be able to stop and continues at high speed by itself down the tracks.  This is known as a runaway train.  In figurative terms, a runaway train is any process that has great momentum and cannot be stopped easily.

Example: Critics of Barack Obama claimed that his bailouts and stimulus money distributed in the first years of his presidency amounted to a runaway train towards the bankruptcy of the United States. 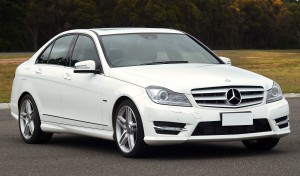 Large vehicles require large engines.  Internal combustion engines require spark plugs to ignite the gasoline in the cylinders to start them.  This process is sometimes called firing up the engine.  Metaphorically, to get a group of people excited about something may also be referred to as firing them up.

Example: Presidential candidates must fire up voters of all ages and ethnic groups in order to win the election.

Internal combustion engines also require strong batteries to initially get the vehicle started.  When a battery is dead, people may need to borrow the battery power from another vehicle using strong wires called jumper cables.  This process is known as jump starting the vehicle.  In figurative terms, any process that begins with a lot of energy may be described as being jump started.

Example: In 2009, President Obama argued that the federal government needed to distribute billions of dollars in stimulus money to jump start the failing economy.

When car manufacturers design and build a new car, they must take it on the road to see if it drives correctly.  This is known as the road test.  Figuratively, any trial period for a new process may be called a road test.

Example: Critics of Ronald Reagan claim that the supply-side economic policies he supported failed the road test since middle and lower class incomes did improve that much during the 1980s.

Every country has some sort of traffic light system for controlling the flow of traffic.  In many countries a green traffic light hanging over the road indicates that it is safe for the drivers to continue.  Metaphorically, having a green light means that a project or process is allowed to continue because adequate funding or permission has been obtained.

Example: Much to the dismay of environmental activists, oil and gas companies are often given the green light by the federal government to drill in federal parks and nature preserves.

The word drive has many meanings.  We have already discussed this term in the chapter on Animals as in a cattle drive.  In the context of vehicles, to drive means to operate a vehicle.  Figuratively, any action to move a process forward may also be known as driving.

Example: The actions of the Tea Party after the 2010 elections seemed to drive the Republican Party towards right wing politics.

To drive home means to use a vehicle to return to one’s residence.  In a figurative phrase, to drive home something means to intensely focus on a particular message or point in a conversation or public forum.

Example: Conservatives often drive home the importance of not raising taxes since they believe this action will hurt the growth of small businesses.

When an engine in a vehicle stops working suddenly, we may say that is has stalled.  The vehicle can no longer move forward in that condition.  Metaphorically, any action that is not moving forward towards its goal may said to be stalled.

Example: Peace talks between Israel and Palestine often get stalled over the rights of the people in the Gaza Strip.

The ability for a vehicle’s tired to grip the road surface is called traction.  In rainy, snowy, or muddy conditions, a vehicle may not have enough traction to move forward.  In several figurative phrases, gaining traction means having the support of people to achieve a goal or complete a project.  We may also say that a person loses traction if the project is not successful.

Example: In the 2012 presidential election, Mitt Romney continued to gain traction with older voters as the election neared in November.

wheels came off the bus

A vehicle cannot operate with tires or wheels.  If a wheel comes off during travel, a vehicle must stop to repair it.  In a strange metaphorical expression in politics, when a campaign or political movement fails, we may say that the wheels have come off the bus.

Example: When Barack Obama seemed to be losing support of younger voters in the 2012 election, some supporters feared that the wheels were coming off the Obama-Biden bus.