Hello dear readers! Before getting to the metaphors of the day, I would like to say thanks to everyone who continues to read my blog.  As my Facebook or email group members have already heard, I reached a few milestones this past week.  For one, this past week I sent off my 100th post!  My, how time flies!  It is hard to believe, but I have been doing this for 22 months now.  And, according to the stats on my blog software, I have also just reached a total of 50,000 views of my blog.  Pretty amazing for an academic blog! I am not sure if that is 50,000 different people reading the blog one time each, or 500 people reading it 100 times each, most likely the latter.   Once again, thanks for reading.  As always, feel free to leave comments or questions after the blog post.  I would love to hear from you!

Today I would like to add a few more metaphors used in the discussion about the ISIS terrorist group that President Obama did not use in his national speech. 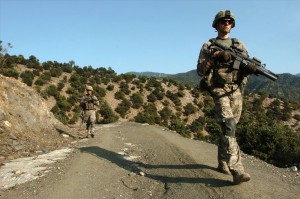 boots on the ground

The first example the common phrase boots on the ground.  This phrase is technically not a metaphor but an instance of the type of figurative language called synecdoche (sin-NECK-duh-key).  I have discussed this linguistic phenomenon in a previous post, so I won’t provide too many details here.  However, I should point out that synecdoche occurs when a part of something is used to refer to the whole.  Common examples include all hands on deck, when hands refer to the sailors working on a ship, or the Yankees have a great glove at third base, when the glove refers to the baseball player.  With the phrase boots on the ground, the boots refer to the soldiers who wear them when they go into battle.

Example: A few weeks ago, American military advisors have been saying that there would be no American boots on the ground.  Now, some experts are saying that it might be inevitable to have American soldiers in battle in Iraq or Syria. 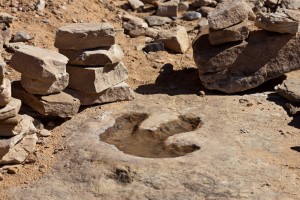 In a strange mixture of synecdoche and personification, we can also talk about a country leaving a footprint in another country.  People and animals leave footprints in sand or soft soils as they walk.  Metaphorically, countries can leave footprints in another country if they have many people working in that country.  Recently, I have heard pundits on TV talking about not having American boots on the ground in Syria because we don’t want to have a large footprint there.

Example:  After the U.S. government spent billions of dollars on the War in Iraq, many Americans are vehemently against having another large footprint in Iraq or Syria trying to defeat ISIS. 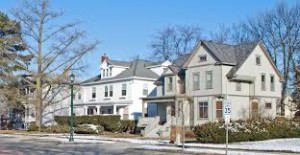 As explained in the analysis of President Obama’s speech in my previous post, it is common for people to talk about countries as if they are people.  Another example worthy of mention is the notion of a neighborhood of countries.  We may say for example, that Mexico and Canada are American neighbors as if they are families that live on the same street.  On TV news shows the past few weeks, some commentators have wondered why the other countries in the Middle East are not helping more to defeat ISIS.  President Obama himself used the metaphor of a neighborhood in a television interview.

Example:  “Saudi Arabia needs to help take down ISIS because it’s in their neighborhood.” – Pres. Obama on Meet the Press, Sep. 7.

Yet another example of personification is the phrase war fatigue.  People and animals can get tired or have fatigue.  Metaphorically, countries can be described as being fatigued if its citizens collectively share a common emotion.  Specifically, a country can have war fatigue if most of its citizens are tired of their country being at war.

Example:  After more than 10 years of wars with Afghanistan and Iraq, most Americans are suffering from war fatigue and are very reluctant to see more American boots on the ground in the Middle East.

People and countries can also have a collective vision.  This is indeed a strange metaphor since no one can see through someone else’s eyes.  And yet we can talk about the United States having a clear vision of how a war against ISIS will develop militarily and/or diplomatically.

Example:  Supporters of President Obama claim that he laid out a clear vision of the war against ISIS with the four-step strategy he explained in his national speech. 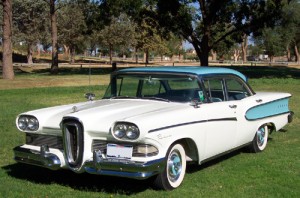 Another odd metaphor of vision is the question one might hear on a news show: “What does a victory look like?”  We have all had the experience of listening to someone describe a physical object in answer to a request, as in “What did the 1958 Ford Edsel look like?”  Metaphorically, we can also talk about an event as if it is a physical object, as in what winning a war looks like in terms of government takeovers, captured soldiers or the end of combat.

Example:  Many TV news commentators are asking American military advisors what a victory against ISIS would look like. 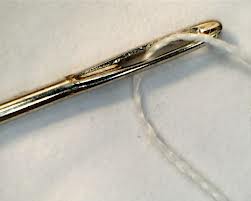 In a totally different conceptual metaphor, we can describe military strategies in terms of a sewing technique.  Anyone who has tried to sew a garment knows that it is very difficult to thread a needle, inserting the slender thread through a tiny hole at the top of the needle.  Metaphorically, threading a needle indicates a situation that is very difficult and takes great precision to do accurately.

Example:  “Obama and his top advisers appeared to be threading a needle as they carefully clarified how exactly U.S. troops might be used, a day after Joint Chiefs Chairman Gen. Martin Dempsey opened the door to approving ‘U.S. military ground forces’” (“White House: No ‘combat role,’ but US troops could ‘forward deploy’ with Iraqis” Foxnews.com, Sept. 17, 2014).

Finally, I must mention one of the most common metaphors from our experiences with animals.  Traditionally, hawks are symbolic of war since they are very skilled at killing prey, while doves are symbolic of peace since they are quiet, calm birds with a soothing call.  Metaphorically, people who support military activities are commonly referred to as hawks, while people who are anti-war and who support diplomacy and peace negotiations are often called doves.   The recent crisis in the Middle East has caused TV commentators to begin describing experts as being hawks or doves. (I discussed other metaphors of birds in a previous post.)

Example:  Despite a country filled with war fatigue, some hawks in Congress immediately supported air strikes against ISIS, while the doves argued for restraint in getting involved in another war in the Middle East. 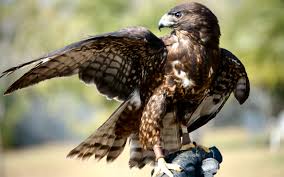 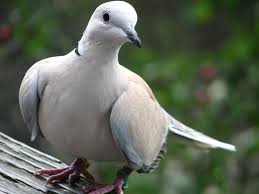 Next time:  Metaphors of vision