Recently 47 Republican Senators sent a letter to the leaders of Iran warning them not to work with President Obama on nuclear negotiations. Many conservatives applauded the bold move, while many liberals complained that the senators had gone beyond their authority and undermined the efforts of President Obama and his staff to reach a deal. In the past couple weeks, I have heard several journalists speak of the problem of the senators going beyond their foreign policy sphere. While we would not normally give such an expression a second thought, phrases such as sphere of influence or circle of friends reveal a complex category of metaphors based on everyday shapes.   Here are a few examples of metaphors from circles and spheres. 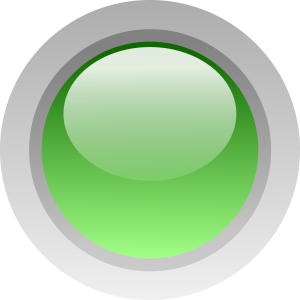 Circles are a common shape in our human experience. As such, circular shapes are used in many English metaphors. For one example, a group of friends or colleagues that is frequently seen around a central person may be called an inner circle or a circle of friends.

To draw a circle, one must begin drawing at one point, complete an entire revolution and return to the same point to finish. The phrase to come full circle means that a person, group of people or country has returned to the starting point of whatever process they were involved in.

Example: Since the 1930s, the United States has come full circle. During the Great Depression there was high income inequality; in the 1950s, there was a strong middle class, and now there is great inequality again. 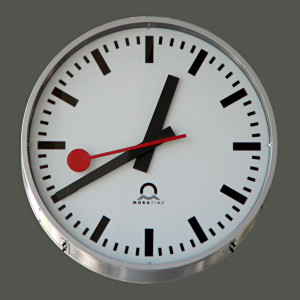 The round shape of a circle is another common source of English metaphor. In walking, we may go around an obstacle to get to where we are going, making a semi-circular motion in doing so. Figuratively, we can also go around problems or issues if we do not want to deal with them.

Example: In some cases, a U.S. president may need to go around Congress to get something done if the Democrats and Republicans cannot agree on a certain policy or bill.

In another sense of being round, we can also say that to do something completely is to do it roundly, as if we are completing a circle in our thoroughness. In a common expression, a person or group can be roundly criticized if they are criticized by many different people for many different reasons.

Example: Although the reasons for invading Iraq were roundly criticized in 2003 by many liberals in the United States, the war eventually brought peace and stability to the country.

If people give a reason for acting or believing a certain way on an issue without really giving a logical explanation or referring back to an earlier explanation, we may say that they are guilty of circular reasoning.

Example: Most American voters do not like it when presidential candidates avoid answering an important question by saying that is always the way they have done it. This is simply circular reasoning. 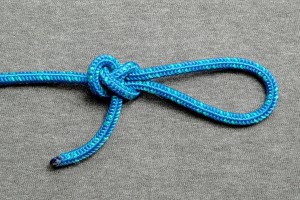 in the loop, out of the loop

A loop is a circular shape of string, cord, ribbon etc. Metaphorically, people who are in a small group of friends or colleagues may be described as being in the loop, especially with regard to who is able to receive current information on an ongoing process.

Example: There is a very small group of people who were in the loop when Barack Obama was making decisions to kill Osama bin Laden in 2011. 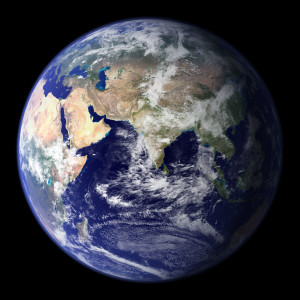 A three-dimensional round shape is called a sphere, as in a ball or globe. Metaphorically, we speak of spheres as the area surrounding a person or group. A sphere of influence is the group of people that can be influenced by another person, group or country.

Example: The United States has a large sphere of influence when it comes to military power due to military bases all around the world.

Due to the rise of the Internet, many people have their own website journals known as blogs. The collective group of information and opinions in all these blogs is known as the blogosphere.

Example: American media coverage of political events is often influenced by both liberal and conservative critics in the blogosphere. 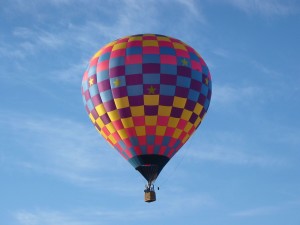 A balloon is a large inflatable bag used as a toy or transportation as in a hot-air balloon. Helium balloons are known to increase in size and rise up in the air. As a verb, to balloon means to rise or expand noticeably. In economics, prices or economic indicators can balloon if they increase more than expected.

Example: In the 1990s, housing prices ballooned to record highs. 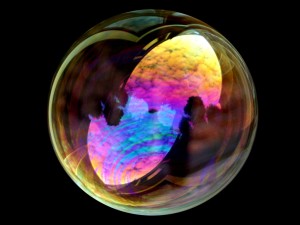 A bubble is also a common spherical object. Normally they can increase in size until the interior pressure causes them to burst.   A housing bubble is a trend of unusually high housing prices. It is called a bubble because it normally bursts after several years and housing prices fall once again.

Example: The economic crisis of 2008 was partially caused by the housing bubble bursting and market prices falling, causing many people to foreclose on their homes.

Next time: More Metaphors of Shapes