For my final installment of metaphors on shapes, today I will share a few examples of metaphors based on our experiences with squares, rectangles and cubes. Don’t be a square! Read on!

Many cities and towns have a central area used for public meetings, usually in the shape of a square. Thus, this area is often called a public square. Figuratively, doing something in the public square also means doing something that everyone is aware of no matter where one is or how one delivers the information.

Example:   In the public square by 2012, most Americans believed that the War in Afghanistan had raged on too long and they wanted the troops to come home.

does not square with

The shape of a square is the most symmetrical shape since all four sides are equal. Metaphorically, one can say that something does not square with something else if it is not fair or make sense to the average person.

Example:  Cutting budgets in a recession often does not square with the need to save jobs and decrease unemployment.

When two squares of the same size are lined up, two sides face each other equally. Figuratively when two boxers or political opponents face each other in a contest, we can say that they are squaring off.

Example:  In 2012, Barack Obama and Mitt Romney squared off in the presidential election. 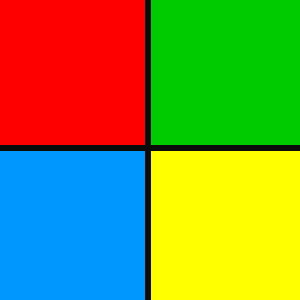 A square has four corners. As a figure, a square is solidly built and balanced. Metaphorically, to say something is firmly built or fully supported, we can say that it is foursquare.

Example: In 2010, most Democratic members of Congress were foursquare in support of Barack Obama’s Affordable Care Act to improve America’s health care industry.

The concept of a square with four corners is used metaphorically in an additional manner. To corner someone or something means to force them into a position that they cannot escape from. In economics, we can speak of a person or a company cornering a market, meaning that they control the production or sale of certain items. Metaphorically, we can also say that a person can corner the market on certain values, behaviors or desired conditions.

Example:  In a presidential election, it is important that one party does not corner the market on all the wealthy donors in the country. 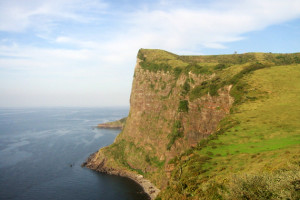 Three-dimensional objects have edges. This is true of man-made containers as well as natural geologic formations such as cliffs and waterfalls. Etymologically, the word edge also has roots in the edge of a sword. The concept of a physical edge is used metaphorically to indicate the limit of a person’s patience or normal behavior in a certain matter.   To go over the edge means to go beyond what is expected for that situation.

Example:  Presidential candidates are wise not to go over the edge with their negative attack ads against their opponents, as voters may not like them. 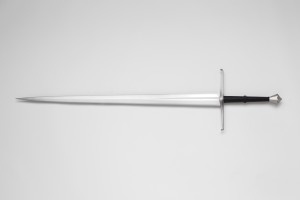 To have an edge means to have a slim advantage over someone in a competition. This is based on the idea that the difference between the two competitors is only the width of an edge of a sword.

Example:  Normally Republicans have an edge over Democrats when it comes to corporate fundraising.

As we have seen the past few weeks, English speakers create conceptual metaphors with the simplest of everyday objects and shapes. These metaphors of circles, spheres, squares and rectangles illustrate how we create figurative language based on common experiences in the natural world.

Next time: Politics on Blast!