Hello! Happy 4th of July! Today I will depart from my usual description of metaphors to first talk a little bit about the history of our Independence Day. I am not an expert on American history by any means, but I teach quite a bit of history to my students as they prepare to pass their high school equivalency exams. Here are five questions I ask my students. How well do you know American history?

2.  When was the U.S. Constitution written? 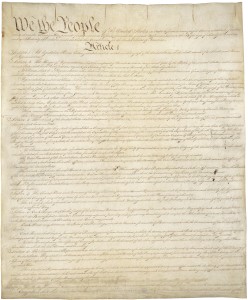 Why do I bother mentioning these obscure facts? Studying how language is used in politics, it is not hard to notice the contradictions among words and actions in our history and current events. For one thing, I believe we take the notion of independence for granted. Isn’t it sad that we have to talk about independence at all? A country fighting for independence means that another country has taken over its governments, its laws and its people. Why is this taken as commonplace? 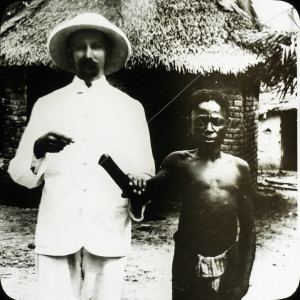 While the Colonial Americans were frustrated with the British government for its tax laws and other unfair governmental treatment, they really had it easy. In many regions of Africa, workers were basically enslaved for most of their lives to do the work exploiting their country’s natural resources for the benefit of the colonial governments back in Europe. Workers in the Belgian Congo had their hands chopped off if they did not pick enough cotton to the liking of King Leopold back in Belgium. People in India starved to death as the British forced them to grow crops that were sent back to England. Under apartheid, South African workers worked and died in horrendous conditions of diamond mines, the profits of which went to a few rich white government officials.

As I have mentioned before, I served in the U.S. Peace Corps in Benin, West Africa back in the 1980s. At that time, most African countries had achieved independence only two decades before, and they were struggling under cruel dictatorships that had replaced the cruel colonial governments. They are still recovering from the legacy of greed and exploitation from the colonial era. 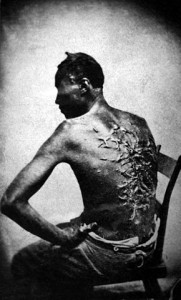 The irony is, of course, that while the colonial Americans were fighting for their independence, the writers of the Declaration of Independence, the Constitution and the Bill of Rights were slave owners. The most brilliant political minds of the 18th century created our government, and yet no one noticed that the slaves were “created equal” but not treated equally? It seems incomprehensible to us today. About 100 years later, the Southern states started a civil war to preserve their rights to own slaves. It took a civil war for an open-minded President Lincoln to write the Emancipation Proclamation. But that was not the end of the discrimination against African-Americans. It took a massive civil rights movement in the 1960s to right many of those wrongs in this country. And it was only a few weeks ago that the Confederate battle flag was taken down at public buildings, and that happened only after a horrific tragedy at a church in Charleston, South Carolina.

Other “less equal” Americans did not fare much better.   Native Americans were treated with respect by the first few presidents, especially Thomas Jefferson. Only a few decades later, discrimination against native peoples began in earnest. In the 1830s, President Andrew Jackson forced the Native Americans of the Southeast states to march the “Trail of Tears” hundreds of miles to reservations in Oklahoma while he and his friends stole their land, their houses, and the gold found in the area. When I was a kid in the 1960s I loved watching the popular Western movies and TV shows in which those “Indian savages” were killed off with abandon in every battle scene, and I rooted for the cowboys. Most Americans thought nothing of it. Native Americans have only recently been treated with any manner of respect by the American government.  It seems that the independence we celebrate today was not for all Americans equally.

The other point is that the American government was not created overnight. Despite the contradictions described above, the model of government created in the Constitution is considered one of the best in the world. The Bill of Rights and the other 17 amendments, furthermore, provide civil rights in a manner many countries fall far short of.   America is still a young country, a mere 239 years old today, while England, for example, just had its 800th birthday judging by the date of the Magna Carta of June 12, 1215 while China can date its history back about 4000 years. Maybe it will take us a while to get things right. In the meantime, however, the foundations of our celebrated democracy are slipping away. More and more of the government seems to be controlled by corporations, given the number of lobbyists in Congress and the Citizens United Supreme Court decision which allows unlimited donations to people running for office, to the point that our government looks more like an oligarchy than a democracy.

And yet, I was reminded of the greatness of the United States just the other night. I awoke about 2 a.m. and realized that our power was off. The house was dark, all the clocks were off, the air conditioning was quiet, and the ceiling fan had stopped spinning. I was not surprised the power had gone off. We have had two straight weeks of temperatures over 100 degrees. Everyone in town has been running their air conditioning non-stop. My wife and I opened the windows to let some cool air in. A wonderful night breeze swept through the house as moonlight flooded the room. I also noticed an odd spotlight across the street. Even at that early hour, the local power company had teams on the street fixing the power. A rumbling diesel truck was parked nearby as a worker was looking over the power lines on our street. Within a half hour, the power was back on. 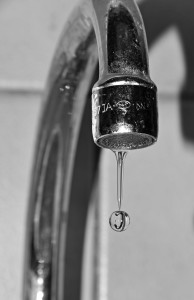 I never take our utilities for granted. While in the Peace Corps, I lived for two years without electricity or running water. During my first dry season, the local well went dry and I barely had enough water to use for bathing, washing dishes or even to drink. Turning on a tap and have potable water pour out is a luxury millions of people around the world do not enjoy. Having electricity available 24/7 is another luxury. In some countries, brownouts or blackouts are common. Power outages may last hours, days or weeks. And spotlights and rumbling trucks on our streets in the middle of the night simply mean that someone is fixing our utilities. In other countries, it may mean a death squad is coming to get your family.

Despite our failures in the past, the United States has excellent technological resources, infrastructure (although definitely aging), and communications, among other 21st century benefits. We also have great freedoms – we can live and work wherever we like, worship as we choose, speak and write whatever we like, etc., all freedoms citizens in many other countries do not enjoy.

So is the United States the greatest country ever? If you listen to conservative talk radio and television news shows, you might be persuaded that it is. Certainly, we have our good points. In addition to our mistreatment of minorities described above, we also have the greatest income inequality, the highest poverty rates, the highest incarceration rates, the highest healthcare costs, and some of the lowest rates for reading, math and science scores compared to the rest of the industrialized world, just to name a few shortcomings. Clearly we still have some work to do before we can be considered the greatest country ever.

So as we celebrate our independence today, keep in mind our checkered past and the hope that all Americans can truly be independent some day. And let’s not forget our service men and women over the last 239 years who have fought and died to preserve our way of life here in these United States.

Back to the reasons for writing this blog, what do metaphors have to do with the 4th of July? Here are a few examples of metaphors based on revolutions and preparing for war.

Example: In 2008, some conservatives revolted against the Republican Party and started their own Tea Party.

Example: In 2010, some insurgent Democrats voted with Republicans on key bills in Congress.

To prevent a war from beginning, countries sometimes create an alliance or truce so that they do not fight each other. If tensions arise between the two countries, there may be an uneasy truce. In politics, two parties may also have an uneasy alliance while working on a difficult national issue.

Example: After the 2008 economic crisis, Barack Obama made an uneasy truce with the Wall Street bankers who caused the crisis but needed help to keep the economy from getting any worse.

Military forces often set up an encampment or camp to prepare for battle. In politics, a group of campaign workers or strategists may be called a camp.

Historically, when an army took control of a city or town, the local people often had to pay a tax or tribute to the new government. Later the phrase came to mean a paying a compliment to a person or group for what they have achieved.

Example: When Barack Obama was elected the first African-American president of the United States, he paid tribute to civil rights leaders such as Martin Luther King, Jr. for opening doors for him.

A bulwark is a wall made of thick wood as part of a fortification of a city. In modern times, the word bulwark is used metaphorically to mean something that provides defense against a verbal or ideological attack.

Example: Some conservative politicians use their Christian faith as a bulwark against laws that condone abortions.

Example: Although John McCain had a large war chest when he ran for president in 2008, he did not win the election.

An arsenal is the total quantity of weapons a military possesses. In politics, candidates can have an arsenal of complaints or attacks against their opponents.

Example: In the 2012 Republican primary, critics of New Gingrich launched an arsenal of attacks against his past record as former Speaker of the House.

When a soldier carries a weapon, we can say that he or she is armed. Metaphorically, a person can also be armed with ideas to be used in an argument.

Example: In a presidential debate, candidates must be armed with many ideas they can use to explain their policies and answer the moderators’ questions.

Ammunition is the quantity of bullets used in a gun. Ammunition can also metaphorically indicate ideas or facts to fight against someone in an argument.

Example: A candidate in an election must not make a factual mistake in a speech. This mistake can be used as ammunition against him or her by opponents in future debates.