One of the most common uses of figurative language in American politics these days is the phrase boots on the ground. I have discussed this once before in an earlier post. Technically this type of figurative language is not a metaphor, rather is it something known as synecdoche (sih-NECK-duh-key) but it is so common I feel I must explain it further.   Synecdoche has many complex patterns of usage, but for our purposes here, we can say that it occurs when a part of something represents a whole. For example, in the sailing phrase all hands on deck, the hands represent the sailors who will be doing the work.

In the most recent Democratic debate, Martin O’Malley read a note from an anguished mother of a service member and objected to the usage of the phrase boots on the ground.

My son is not a pair of boots on the ground. These are American soldiers and we fail them when we fail to take into account what happens the day after a dictator falls and when we fail to act with a whole of government approach with sustainable development, diplomacy, and our economic power in alignment with our principles.”

This concerned mother touches on a controversial aspect of figurative language, i.e., whether or not English speakers use these types of language to deliberately obfuscate the true meaning of the phrase. For example, we have uses of euphemisms in English which are created solely to describe something unpleasant in a more pleasing way, such as with passing away to mean “dying,” or enhanced interrogation techniques to mean “torture.” We can also find certain types of metaphors that have a negative implication about certain political topics, such as a flood of immigrants or a jittery stock market.  I have discussed these examples in two earlier posts as well.

However, I am not sure if common examples of synecdoche are created to hide the real meaning of a phrase.   Here are a few examples of synecdoche derived from concepts of the human body, land, furniture and buildings. Please let me know what you think!  Next week I will share some examples from other interesting categories. 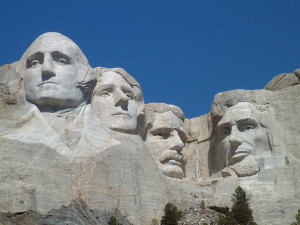 In a common phrase, the leaders of state governments are referred to as heads of state. In this case, the part of the body, the head, represents the whole person.

Example: Every year the heads of state from the largest nations meet at economic summits.

Many departments in government are managed by a head person, sometimes referred to as a chief. In what is now considered a dead metaphor, the word chief is derived from a French word meaning head, similar to the word chef meaning the person in charge of the cooking. Thus, the chiefs are the heads of the department. In U.S. government, the heads of the different branches of the military are collectively called the joint chiefs of staff.

Example: After the 9/11 terrorist attacks, the joint chiefs of staff advised President Bush on how to deal with the terrorists.

In cases of great success, some people say that they could succeed only because they stood on the shoulders to the people who came before them. Figuratively, the shoulders represent the people and their efforts that they are standing on.

Example: When Barack Obama became the first African-American president, he was standing on the shoulders of Martin Luther King, Jr., Medgar Evers and the Reverend Jesse Jackson among others. 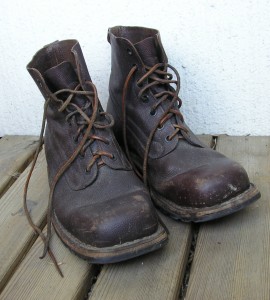 In a common expression of the quantity of military troops, we say that we have boots on the ground. The boots refer to the soldiers wearing the boots. Similarly, the training grounds for new soldiers is sometimes called boot camp for the same reason.

Example: In 2007, President Bush requested more boots on the ground to help win the War in Iraq. This troop surge eventually did lead to the end of the war.

As mentioned in the chapter on Nature, soil can be representative of the country that lives on that soil.

Example: The 9/11 terrorist attacks were the first attacks on American soil since World War II. 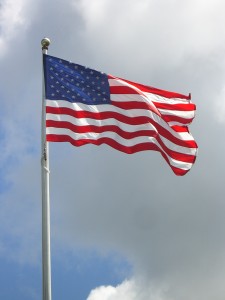 The American flag is symbolic of the country of the United States. When Americans salute the flag, they are respecting the country that it represents.

Example: Each American president must respect the flag during military or diplomatic ceremonies.

Example: The seat of government for the United States is in Washington D.C. 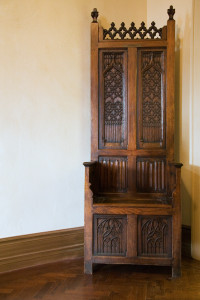 A person elected to the Senate or House of Representatives is said to have earned a seat in Congress. For the same reason described above, the literal seat in the building represents the person and the work he or she does for the government. When a person loses an election, we may say that he or she has been unseated.

Example: In 2014, many Democratic members of the House of Representatives were unseated in the November election.

sit on the committee

Members of Congress who are hardworking and well-liked may be asked to work on special committees trying to pass bills for defense, employment, budget, etc. When they do such work, we often say that they sit on the committee, as if the seat represents the work that the person is doing.

Example: Newly elected members of Congress hope that they can sit on important committees to best serve their districts and their country.

Many politicians began their careers as lawyers. To become a lawyer, a person must pass a series of difficult tests referred to as passing the bar. Originally, the bar referred to a railing separating a judge from the lawyers in a courtroom in the 16th century. In a case of synecdoche, the bar came to represent the entire process of beginning a lawyer.

The word board used to mean a long table. Our modern phrase of a board of directors originated from the practice of people sitting together around a table at a meeting.

Example: Many politicians who work with local business leaders must sometimes speak with the board of directors of those companies. 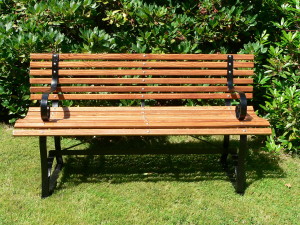 In the Middle Ages, judges sat on a wooden bench. The bench itself has come to represent an entire court or legal system. Supreme Court Justices are said to read their sit on or read their verdicts from the bench.

Example: In 2010, Barack Obama nominated Elena Kagan to the bench of the Supreme Court.

reach across the aisle

Example: In the first few years of Barack Obama’s presidency, some Republicans accused him of not reaching across the aisle. Some Democrats, however, complained that it was the Republicans who were blocking bipartisan cooperation.

A lobby is the main entryway in a large building. In the early days of American government, people wishing to gain favor from politicians waited in the lobbies of governmental buildings to visit the legislators. Later the term lobbyist referred to these people hoping from special favors from the government.

Example: Health care advocates claim that tobacco company lobbyists kept the dangers of smoking from public view for many decades.

Next time: More examples of synecdoche.

2 thoughts on “Boots on the Ground – Synecdoche, Part 1”