There have two distinct metaphors of tools in the news lately: the word tool itself and the phrase to ratchet up something.  The word tool came up a few weeks ago when it was announced that David Gregory was no longer going to be the host of Meet the Press.  In fact, yesterday was the first day for the new host, Chuck Todd.  David Gregory was the host of the news show for seven years and by some accounts did a fine job.  However, ratings were dropping and he was removed.  Moreover, many people on the Internet, mostly Democrats, were extremely critical of him, often calling him a tool, implying that he was being used by the GOP and that he was not critical enough of his Republican guests and their political positions. 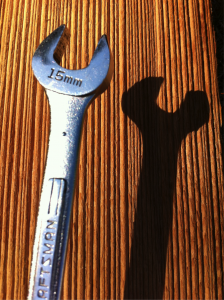 The usage of the word tool in this metaphorical sense indicates a person who is being used by someone else.  The Urban Dictionary describes the meaning even more harshly, indicating that a tool is a person who does even have the mental capacity to know he or she is being used.  I think this is an unfair criticism of David Gregory.  Regardless of his interview abilities, the guests and talking points are most likely dictated by the producers and corporate sponsors of the Meet the Press, not the host.  Regardless of Gregory’s interview skills, he has been roundly criticized on the Internet.  Here is just one blunt example. 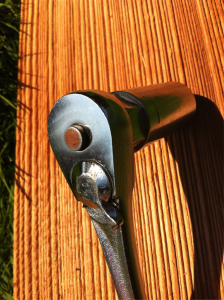 The other tool metaphor common in the news lately is to ratchet up something.  When the young black man, Michael Brown, was killed by a policeman in Ferguson, Missouri on August 9 of this year, many journalists reported that the police force had to ratchet up their presence in Ferguson in response to widespread protests by the local people angered about the death. A ratchet is a type of wrench for tightening or loosening nuts and bolts.  It has gears that prevent it from turning in the opposite direction that one is working.  When tightening something, the more one uses the ratchet, the tighter the nut or bolt becomes.  Figuratively, to ratchet up something means to increase it in gradual steps or degrees.

Example:  “The calls for Obama to take a leading role in this drama seem likely to ratchet up this week, with protests spinning out of control in the St. Louis suburb and Obama briefly interrupting his vacation to return to Washington for meetings.” Newsnet5, August 18, 2014. http://www.newsnet5.com/decodedc/as-tensions-rise-in-ferguson-pressure-mounts-on-president

Here are a few more examples of metaphors of tools used in American newspapers and magazines, TV and radio broadcasts, and Internet news sources.

Most of us are familiar with household tools such as hammers, saws, drills, and rakes, along with nails, screws and bolts for attaching parts of metal or wood together.  The concept of tools has led to many metaphors of fixing or repairing.  Instead of physical objects, tools can be any strategy, plan or action that helps one achieve a goal.

Government officials can use specific strategies for achieving a fiscal or military goal. These strategies are sometimes referred to as policy or planning tools.

Example:  Raising taxes is one policy tool that the government can use to reduce the deficit. 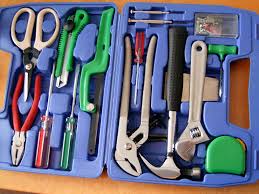 Governments can also use strategies to recruit people for governmental or military service. These methods may be known as recruiting tools.

When a factory updates its equipment to improve its production, this is known as retooling the plant.  Metaphorically, any changes made to a process can be called a retooling.

Example:  For the 2012 presidential election, Barack Obama had to retool his campaign strategies to earn the votes of progressives that had supported him in 2008. 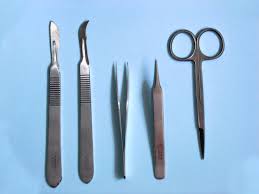 Another word for tool is instrument especially when referring to specialized tools for science and medicine.  The word instrument can also be used metaphorically to refer to any method of measuring steps in a process or to achieve a goal.

Example:  The U.S. Constitution has proven to be an excellent instrument of preventing the government from abusing the civil rights of the American people.

The adjective form of instrument is instrumental. Metaphorically, something or someone can be instrumental in accomplishing a goal if they are very useful or helpful in the process.

Example:  Some Americans thought that Sarah Palin’s lack of experience in the federal government made her ill equipped to become Vice President in 2008. 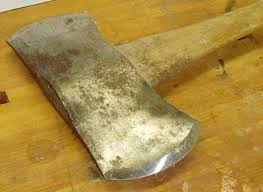 Some tools such as shovels and axes are very heavy and difficult to use or wield in a work situation.  When a tool is difficult to lift or swing, we may say that it is unwieldy.  Metaphorically, a process or policy may be unwieldy if it is difficult to implement.

Example:  Consisting of thousands of pages, the U.S. government’s tax codes are very unwieldy for Congress to regulate.

A hammer is a powerful tool used to pound in nails in building houses and other wooden structures. The action of hammering is used metaphorically to describe any forceful and repetitive action as in reporters hammering away questions at people.

Example:  Some critics have hammered Joe Biden for being outspoken and making errors when he is giving speeches. 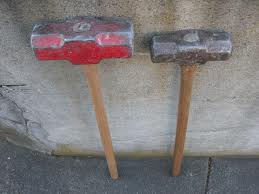 A sledgehammer is a very large, heavy hammer used to break apart concrete or wooden structures.  Metaphorically, to sledgehammer something means to destroy it completely.

Example:  Some military dictators around the world take a sledgehammer to civil rights in their countries and arrest and detain anyone they please.

When one uses a heavy tool such as a hammer, the action makes a mark or dent on the surface of the material that is struck.  In a figurative phrase, to make one’s mark on something means that the person has made a lasting contribution or had an effect on a cultural or political process.

Example:  John F. Kennedy made his mark on progressive Democratic policies in his short term as president in the early 1960s.

Drills are used for making or boring holes in wood or metal.  The word bore has come to mean the size of a tube that is used in machines.  In a combustion engine a carburetor running wide open (as fast as possible) is said to be operating at full bore.  Metaphorically, anything that is done with great effort may be described as being full bore.

Example:  Presidential candidates often come out with full-bore assaults on their opponents in the last few weeks of the campaign.

In an opposite sense, a device with a small bore lacks power.  If a gun or rifle has a small-bore barrel, it can only shoot small bullets so cannot be very powerful.  Figuratively, any action, statement or idea that is weak may be described as being small bore.

Example:  Conservatives may accuse liberals of having small-bore ideas when it comes to reducing the deficit since the liberals like to increase spending for social programs. 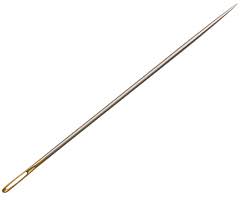 A needle is a small, sharp instrument used in sewing.  Figuratively, to needle a person means to tease, mock or ask him or her many repeated questions.

Example:  Newspaper reporters often needle politicians on important issues to get the most information as possible for their articles.

Needle is also the name of a small piece of metal in machines used to measure the strength or pressure of something.  For example, a loud noise will move the needle of sound recording equipment.  Figuratively, saying an action moves the needle means that it has made a large increase in the amount of something.

Example:  In a political campaign, thousands of small donations barely move the needle while a huge corporate donation can make a big difference in the campaign funds. 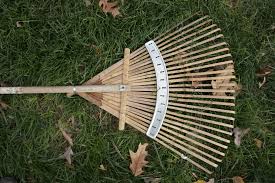 A rake is a common garden tool for collecting leaves and other yard debris.  In a common metaphor, collecting lots of money in sales or campaign donations is called raking it in.

Example:  In most presidential campaigns, the candidates rake in millions of dollars in donations.

We all use keys in our daily lives to open locked doors.  The concept of a key being something important is one of the most common of all English metaphors.  In politics, important problems can be called key issues. We can also speak of key states, key districts, key cabinet posts, etc.

A rivet is a small bolt used to connect two sheets of metal.  Sheets that are riveted together are firmly attached to each other.  In a figurative phrase, something that is riveting is very interesting or fascinating to a viewer or listener.

Example:  Martin Luther King, Jr. was famous for his riveting and inspiring speeches on civil rights.

A lightning rod is a metal device placed on a roof of a building to absorb any lightning strikes instead of the lightning going into the building. Figuratively a lightning rod is any person who seems to be the focus of controversy wherever he or she goes.

Example:  As soon as Mitt Romney picked Paul Ryan for his running mate prior to the 2012 presidential election, Ryan became the lightning rod for all Democratic criticisms against the Republican budget proposals.

To cobble means to repair something quickly and ineffectively.  Metaphorically, to cobble together something form a makeshift alliance of people or combination of ideas.

Example:  Presidential candidates may try to cobble together a coalition of minority voters to try to help them win the election. 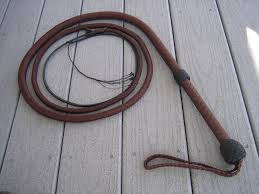 A whip is a long braided piece of leather used to make horses or farm animals work harder or run faster.  In a strange metaphor from the British Parliament, a person who is in charge of maintaining order among the members of the minority party is known as the minority whip.

Example:  Normally it is the job of the Minority Whip in the House of Representatives to rally the members of Congress to support the party’s national policies.